The £350 million Aberdeen Harbour Expansion Project (AHEP) is on track for a phased opening in 2021, despite the withdrawal of the original main contractor earlier this year. 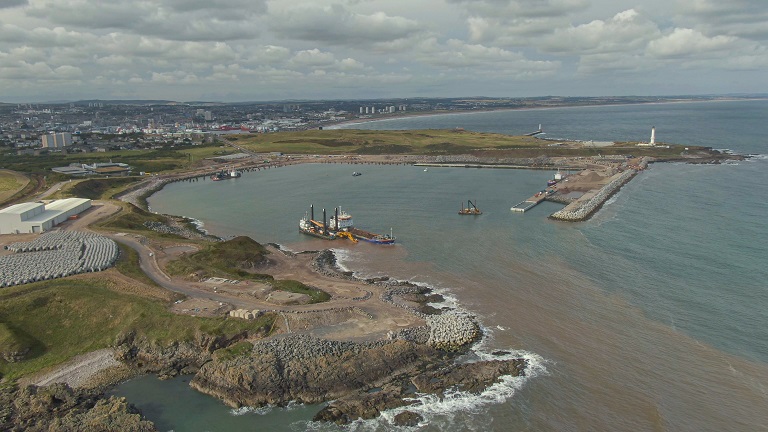 The expansion project, which is the largest marine infrastructure project underway in the UK, is 70% through construction, following commencement at the start of 2017. Once complete, Aberdeen Harbour will be the largest berthage port in Scotland and will welcome vessels up to 300 meters in length.

Spanish-owned Dragados UK withdrew from the project in June, citing the coronavirus crisis as well as “other factors” for the decision.

Keith Young, AHEP project director, said: “Since taking over the site in May, we have seen considerable progress and overcome several engineering challenges. Much of the 70% of progress involves dredging work below the water line and construction of the North Breakwater and fixed quay areas.

“Approximately 2.4million meters³ of rock has been removed from the seabed using the world’s largest dredgers, and we are pleased that this material will be reused elsewhere within the project. The second-half of this year has seen the arrival of three caissons for the Castlegate (north) and Dunnottar (east) Quays, and revetment work on what will be the open quay sections of the Harbour.”

The final eight caissons are expected to arrive from Cromarty Firth in 2021 once winter weather conditions have receded. This will coincide with the beginning of construction of the South Breakwater and the Crown Wall – an eight-meter-high structure which will run along the length of the North Breakwater to protect the Harbour from significant waves.

Keith added: “The knowledge, skill and innovation that is going into every element of construction is truly humbling, and I am very proud of everyone who is involved in this monumental project.” 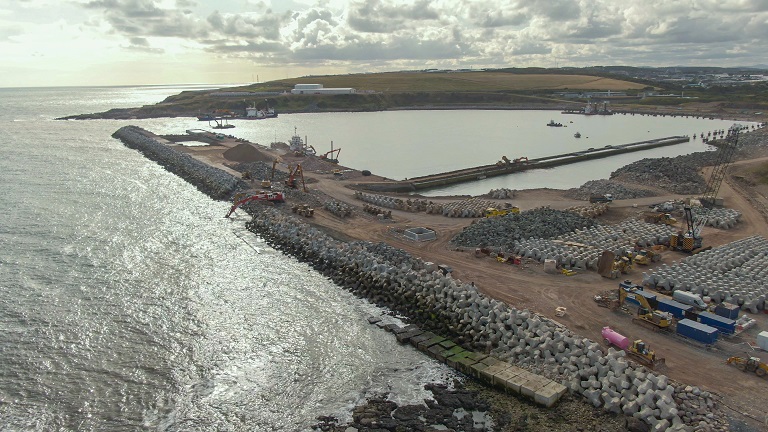 Michelle Handforth, chief executive of Aberdeen Harbour Board, said: “Like any project of this scale we have encountered a number of challenges, but we are happy and confident in the position we are in at the end of this year.

“The expansion of Aberdeen Harbour has never been more important, both for the north-east and the rest of the country. South Harbour will open a world of possibilities and will position Aberdeen as a world leader in the changing energy landscape, while radically growing Scotland’s maritime industry and international shipping potential.

“We are working extremely closely with customers, port users and industry organisations around the UK to maximise the potential for the expanded port in Aberdeen as we gear up to our phased opening next year.”