Aberdeen stadium legal battle over as campaigners opt against appeal

The group opposed to Aberdeen Football Club’s bid for a new £50 million stadium at Kingsford has said it will not appeal against a court decision backing the project.

The Dons got planning permission from Aberdeen City Council in April to build a 20,000-seat arena and training complex alongside the A944 at Kingsford. 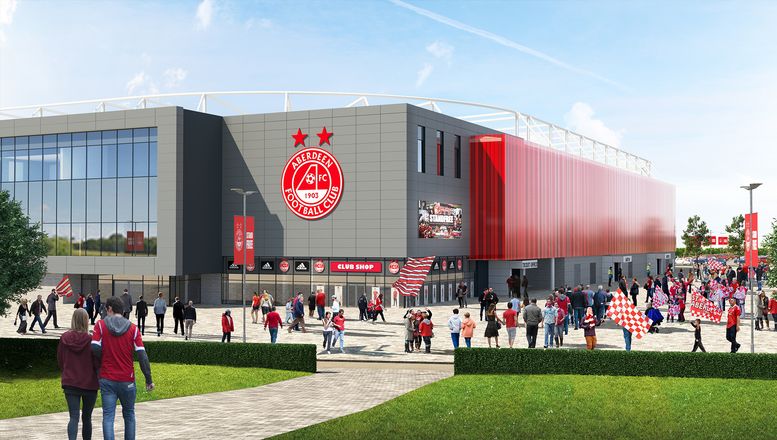 The No Kingsford Stadium (NKS) group raised £66,000 for a judicial review at the Court of Session, claiming the planning process had not been carried out correctly and calling for the project to be scrapped.

The campaigners argued the site was an incursion into green belt land, and alternatives were available.

A three-day hearing took place in January, after which Lord Tyre allowed construction of the second phase of the project, including the stadium, to go ahead.

NKS was given 21 days to appeal to the Court of Session but it has announced that an appeal will not be lodged.

A spokeswoman said: “It is with considerable regret that No Kingsford Stadium Limited announce that we will not proceed with an appeal of the opinion delivered by Lord Tyre regarding the Kingsford Stadium planning approval granted by Aberdeen City Council.”

She added: “We appreciate this is perhaps a ‘difficult pill to swallow’.

“We don’t want the stadium at all, but the facts are that the stadium is being allowed to progress, therefore we believe the best avenue for us to take now is to ensure that the conditions are rigorously enforced by Aberdeen City Council.

“After all, the plans were approved with these conditions in place.”