Human remains, potentially dating back 200 years, have been uncovered during major repair and refurbishment works by Scottish Borders Council on the ramparts wall adjacent to Jedburgh Abbey. 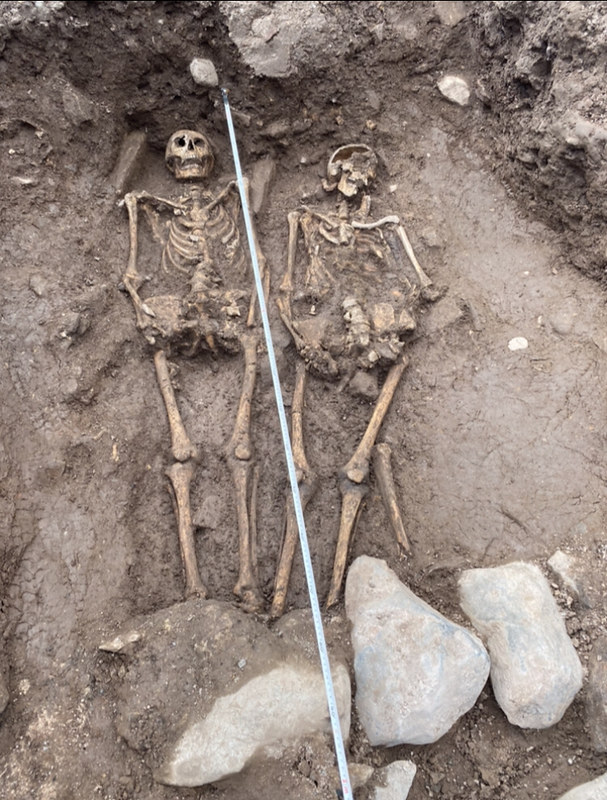 The works in Abbey Place will see sections of the historic wall and associated access steps carefully rebuilt and strengthened. This area forms an important part of the town’s heritage.

Due to the proximity of the works to the abbey, which is a Scheduled Monument, an archaeologist has been employed on-site throughout the works.

During excavation works late last week some human skeletal remains were discovered and these are being carefully exposed and recorded by the archaeological team before being removed from site for further more detailed analysis. Initial indications suggest that the remains are at least 200 years old.

The council and Historic Environment Scotland are working closely together to ensure that the human remains are sensitively excavated, properly investigated and then recorded, with the information gathered used to add to the historic interpretation of the site. 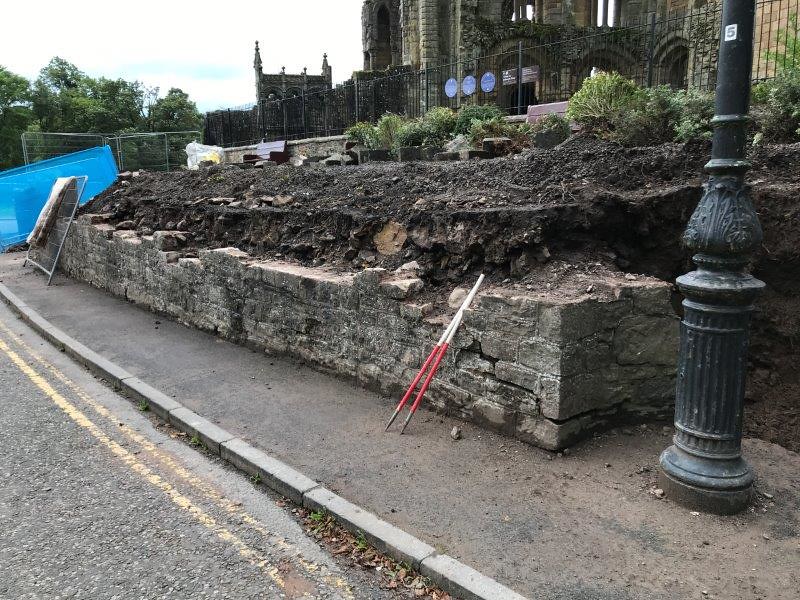 Deirdre Cameron, senior casework officer at Historic Environment Scotland, said: “We are working closely with Scottish Borders Council following this discovery close to Jedburgh Abbey to ensure that this excavation and investigation is handled sensitively and respectfully.”

Some alterations to the layout of the proposed works are now being considered to limit any further disturbance of the archaeology. Any impact on the timescale for the project will be communicated to the community in due course.

Simon Mountford, SBC’s executive member for enhancing the built environment and natural heritage, said: “Following this discovery, work has been able to continue in other areas of the site, however we are now considering how we can minimise the risk of potentially disturbing more remains as the project progresses.”

This project to repair and refurbish the ramparts has been funded by Jedburgh Conservation Area Regeneration Scheme (CARS), the Scottish Government Town Centre Fund and the council.