A church which played a central role in the Scottish Reformation has been virtually reconstructed as it may have appeared more than five centuries ago by researchers at the University of St Andrews. 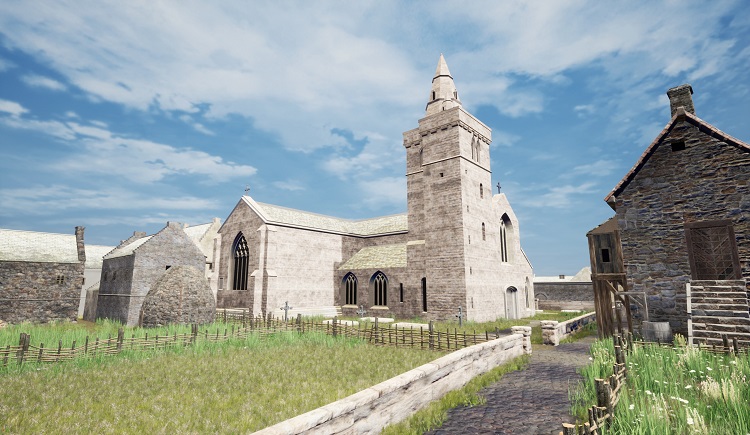 Holy Trinity Church in St Andrews was regarded as one of Scotland’s most important parish churches in the Middle Ages and was where the famous Protestant leader John Knox first preached in public during the siege of St Andrews Castle in 1547.

It was also where in 1559 Knox delivered his famous sermon urging the town to reject Catholicism, resulting in attacks on St Andrews Cathedral, and the change of faith of St Andrews which was then Scotland’s religious capital.

Now academics at the University of St Andrews have combined historical research with computer technology to create a virtual reconstruction of how the original church looked just before the Reformation of 1559. 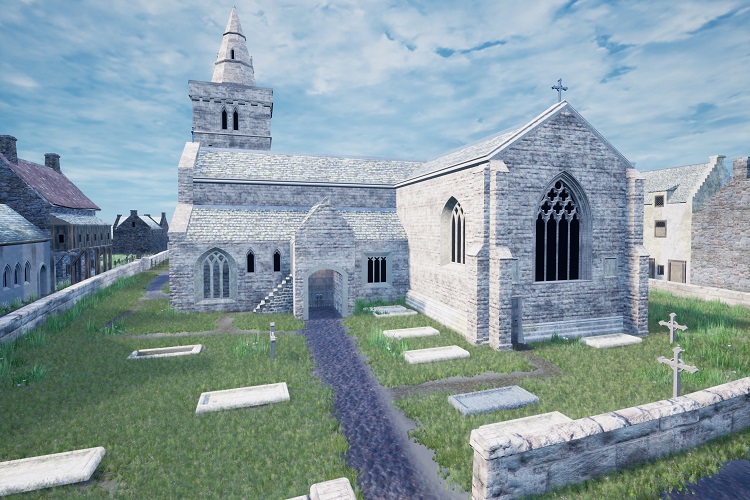 A virtual reality version of the reconstruction can be experienced as part of the Divine and Human exhibition at Holy Trinity Church in St Andrews which launched yesterday. The exhibition will also have key historic objects from the Middle Ages onward on display.

Although the origins of Holy Trinity go back to at least the 12th century, it was built on its current location on South Street in 1410, and over succeeding centuries has been repeatedly redesigned, including being stripped of its images and altars during the Reformation.

The majority of the building was demolished in 1907 to be replaced by the current Gothic structure. With the exception of the medieval tower, little remains to remind people of its original medieval design.

Dr Bess Rhodes of the Schools of History and Computer Science worked with doctoral students from the School of History, Peryn Westerhof Nyman and Chelsea Reutcke, using historic documents and images to reveal the church’s 16th century appearance.

Dr Bess Rhodes said: “Holy Trinity is central to Scottish history. Events here in the summer of 1559 transformed the religious future of this country. The Reformers’ success was by no means assured, and the decision of the congregation of Holy Trinity to back John Knox and the Protestant cause was a key turning point in Scotland’s Reformation.

“Yet Holy Trinity also has this remarkable Catholic past – which subsequent generations sought to – quite literally – whitewash away. This project has tried to recapture the character of Holy Trinity as it was on the eve of the momentous changes of 1559.” 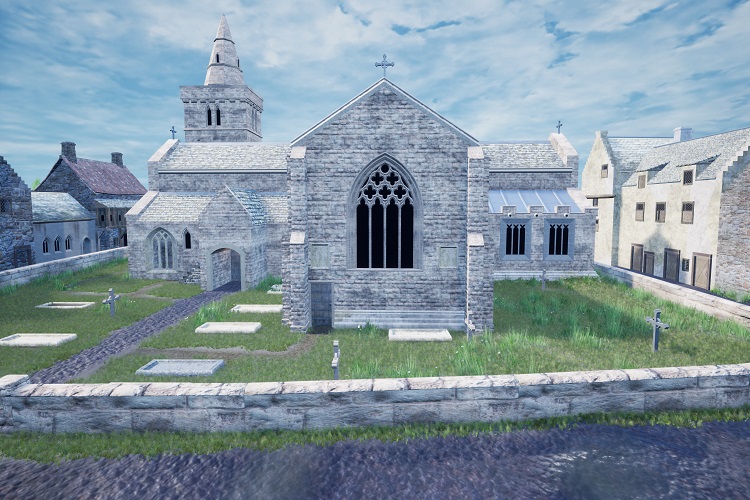 Dr Alan Miller said: “Through interdisciplinary collaboration we have created a Virtual Reality Exhibit that enables visitors to experience the reconstruction of the Church and its surrounding buildings.

“Through combining historic research, digital modelling and virtual reality systems we have created a virtual time travel exhibit, which both stimulates interest in and fosters understanding of the past.”

From its origins as a Celtic monastic centre, St Andrews grew to become the religious capital of medieval Scotland. By the late Middle Ages, this Fife community was home to Scotland’s largest cathedral, and was a centre of Catholic pilgrimage, learning and power.