A new social housing development has been named in honour of a local Moray poet.

Each home is fitted with a heat interface unit (HIU) from a centralised boiler, providing instantaneous direct hot water and indirect secondary heating. This has removed the need for individual gas boilers and will provide residents with an efficient and easily manageable heating system. Kesson Court also contains a communal garden, which aims to encourage outdoor activity and socialisation amongst residents and staff.

The decision to name the site after Jessie Kesson was taken after a public naming competition. Kesson was selected because of its reflection of the local area and its welcoming nature.

South Ayrshire’s property market is likely to benefit from the £7.8 million investment in the town of Maybole and the creation of the new bypass.

Property consultancy Galbraith believes this regeneration will strengthen demand and ultimately boost property prices in Maybole and the Girvan Valley.

Bob Cherry, who heads the Ayr office for Galbraith, said: “The regeneration of Maybole is an example of how public sector intervention can have a real impact on a local area. The new bypass will route all traffic away from the town centre, reducing congestion and restoring the peace and quiet. In addition, the revitalisation of the high street will make an enormous difference to the town – the 16th century castle and the striking town hall are to be repaired and the historic buildings and public spaces improved. Maybole dates back to the 12th century and has a number of attractive and historic buildings which merit preservation.

“In recent months, prices in some parts of Ayrshire have been rising due to the strength of the market in Glasgow – buyers who are either priced out of Glasgow or who have recently sold in Glasgow are relocating to Ayrshire in order to take advantage of the relatively lower prices and the attractive lifestyle here. This boosts demand, reduces the time taken to sell and is leading to gradual price rises due to competition between buyers.

“However, small towns like Maybole which are more remote from the main population centres have missed out compared with Scotland’s cities and more accessible rural areas. Since 2016, there have been nine closures every month of banks, shops and government offices in Scotland’s high streets and this has had an effect on small towns. Fortunately, there are signs that the Scottish and UK governments are now recognising the need to invest in small towns which is certainly welcome.”

Further development on the future of one of Dundee’s economic development areas is to come under the spotlight next week. 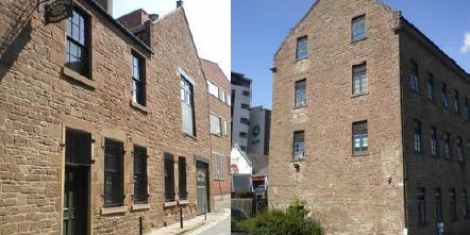 In line with the requirements of the newly adopted Local Development Plan 2019, city council planners will be consulting on their proposed Design Framework for the future development of the Blackness General Economic Development Area (GEDA).

The proposed framework will be subject to a six-week consultation, which will start with a drop-in event at Verdant Works, in the heart of the Blackness GEDA.

Alan Ross, convener of Dundee City Council’s city development committee, said: “As part of fulfilling the commitments of the newly adopted Local Development Plan 2019 we want businesses, land owners, residents and other stakeholders to share their views with us on the proposed changes to the Blackness GEDA.

“Its status gives the area the potential to bring vacant, derelict or underused land and buildings back into productive use, as well as improving employment opportunities and productivity.

The Blackness GEDA drop-in event will take place at Verdant Works on Thursday (August 29), from 12noon to 7pm.

Planning officers will be on hand to outline the proposed Design Framework, discuss any issues and to gather any thoughts and ideas from those who attend.

Alexandria, Dumbarton and Clydebank town centres will all see enhancements made thanks to money from the Town Centre Fund.

West Dunbartonshire Council was granted a one-off award of £859,000 from the Scottish Government earlier this year as part of a contribution towards transformative investments which drive local economic activities and help town centres become more diverse and sustainable.

At this week’s meeting of the infrastructure, regeneration and economic development committee, members agreed proposals for investing the additional funding.

Part of the criteria for funding is that it must be spent by August next year, meaning the projects chosen must be delivered before that date.

In Alexandria, three Main Street properties will be refurbished to bring them back into use and designs will also be developed for the restoration of the Smollett Fountain as a landmark feature.

In Clydebank, the plan is to upgrade Sylvania Way South, which is close to the entrance to Clyde Regional Shopping Centre, with resurfacing, new street furniture and landscaping.

While in Dumbarton, the intention is to capitalise on the town centre’s close proximity to the river by creating a high-quality gathering place and gateway to the Waterfront Pathway at Riverside Lane. The development would include greenspace, seating and ‘pocket park’ facilities, all of which will help connect the High Street with the riverfront.

In selecting the projects for investment, officers considered previous community consultations and charrettes to take account of residents’ needs and demands, and also reflected on Town Centre Forum discussions.

The total value of all developments exceeds the £859,000 allocation, and Councillors also agreed that the Local Economic Development capital budget can be used to meet additional costs.