Aberdeen City Council has today revealed a new image and  information on the new community hub for Torry. 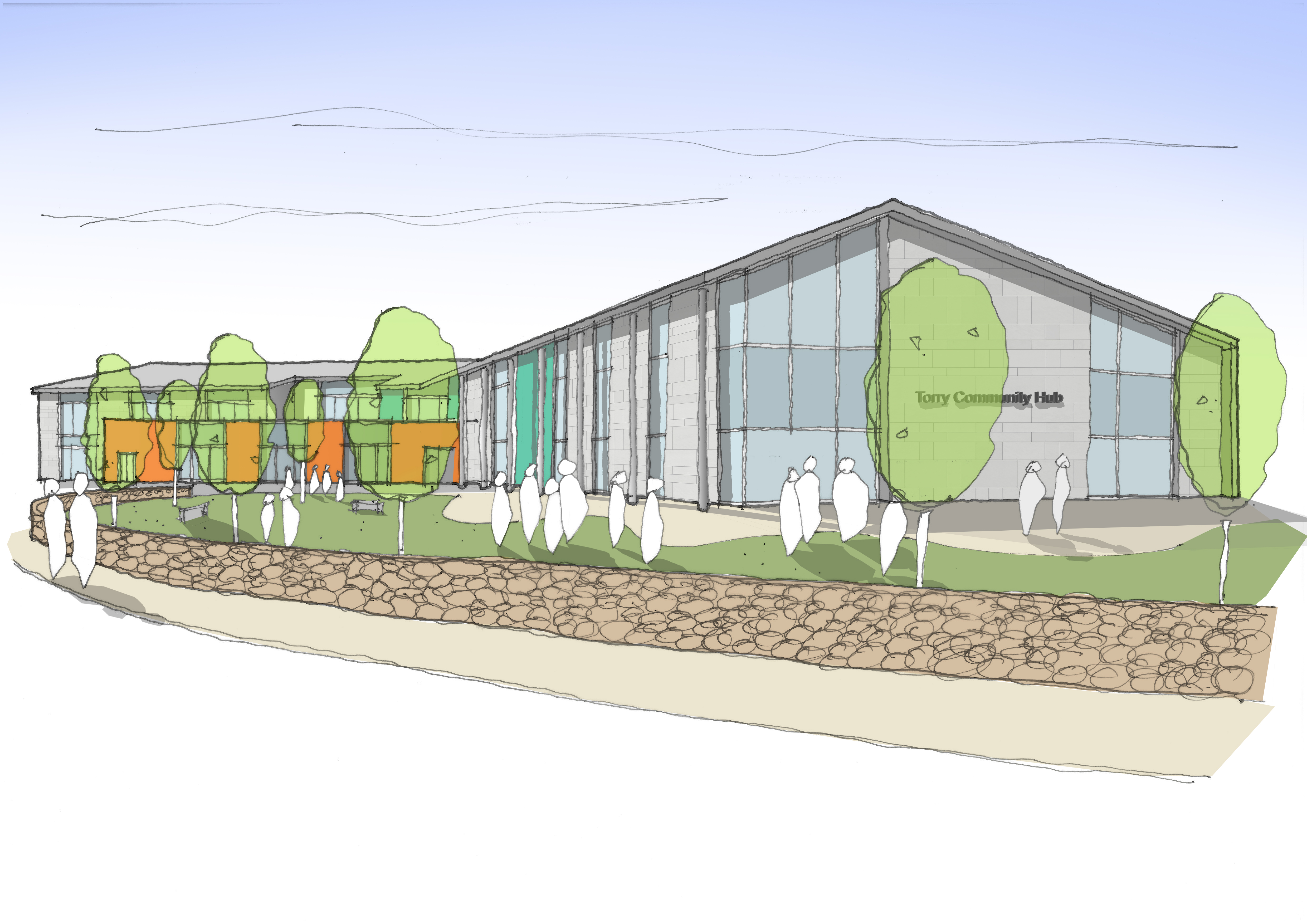 The Torry Hub is being designed to include a primary school and early years’ provision with maximum capacity for 434 pupils, a cafe, a library, a community space and access to a range of services.

While the local community has already been involved in deciding what facilities will be included in the new hub, an online consultation gives people a further opportunity to express their views.

Aberdeen City Council is currently at the detailed design and development phase which means looking at the detail of what will be housed in the building as well as ensuring it meets the needs of everyone who will be using it.

The Torry Hub is also a project in the Torry Locality Improvement Plan (2017-2027) and has the potential to make a major contribution to the community’s aspirations for improved service delivery in Torry.

Aberdeen City Council has set aside £20 million for the building and successfully bid for another £2m of Scottish Government funding.

At the last phase of consultation with the local community, people said they wanted a wider range of services, community activities, and spaces to be available, for these services all to be in the one place, and also said they wanted an accessible place to get together with friends and family.

The on-line consultation is being held until 26 July on the plans for the detailed design and development phase. More information and how to take part in the consultation can be found at www.aberdeencity.gov.uk/torryhub.

A new Fife Council affordable homes development at the former Burntisland Primary School has been awarded a gold certificate in the Secure By Design Award by Police Scotland.

The police ‘Secured by Design’ (SBD) scheme, brings together police, landowners, housing associations, local councils, architects and developers in a holistic, multi-faceted approach. This includes establishing a set of standards for securing individual properties (e.g. installing security features, tested and approved windows, doors and locks); considering safety and security at the planning stage of new developments; and looking at ways to improve to the environment of existing ones.

Work on the redevelopment of historic Provost Skene’s House (PSH) as a new visitor attraction is due to start on July 22.

The renovation of the historic building is scheduled to take 52 weeks followed by 12-week fit-out, with a planned opening in autumn 2020.

PSH will showcase more than 100 individuals who helped shape the modern world through their endeavours in arts, science, business, sport and entertainment.

The Flourmill Lane building – which dates from 1545 – will include artefacts and memorabilia as well as bespoke audio-visual displays.

The council’s in-house building team will oversee delivery of the City Centre Masterplan project, which will including re-slating the roof and replacing rotten timbers.

The new attraction will be operated by the Aberdeen Art Gallery and Museums service.

Scotland’s renewable electricity output soared in the first half of the year to provide enough energy to power all homes from across Scotland and north of England, according to new figures.

Regeneration company Urban Union is ensuring children can enjoy the most important meal of the day by supporting a summer breakfast club run in North Edinburgh.

The housebuilder is working with Muirhouse Library to provide a nutritious breakfast Monday-Saturday, 10.30-11.30am, throughout the summer holidays.

Muirhouse Library is located on the doorstep of Urban Union’s award winning Pennywell Living development, which is part of a wider regeneration project in Pennywell being delivered through a partnership between the City of Edinburgh Council and Urban Union. The regeneration will see the delivery of over 770 new homes to the area, half of which will be affordable.