Robertson is giving members of the public a unique chance to see behind the scenes of the Earl Grey Building, part of the £1 billion transformation of Dundee Waterfront, while it’s under construction.

Tours will be available between 8am-1pm on Bank Holiday Monday, 27 May, providing members of the community the opportunity to see how the project is progressing, meet the people working on it and be given a behind-the-scenes tour of the building as construction completes.

The development comprises of a ground floor reception with five upper floors of open plan office space along with two retail/restaurant units on the ground floor overlooking the V&A Dundee and with panoramic views over the River Tay and the city.

The site is located on the former Earl Grey Dock, which existed between the mid-1800s to the mid-1900s.

Sleeperz Hotel Dundee has been voted the best City Budget Hotel in Scotland at the Scottish Hospitality Awards 2019. 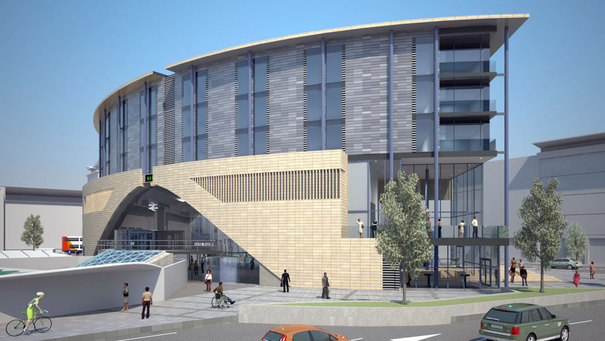 The 120-bed Dundee waterfront hotel, which only opened in August last year, was chosen ahead of leading competitors in Edinburgh and Glasgow including Motel One, Premier Inn, Travelodge and Holiday Inn Express.

Judges recognised the hotel’s popularity with the public, commitment to paying staff the higher living wage and the involvement of employees in successful charity fundraising and community engagement in Dundee and Tayside

The findings of the consultations were presented to councillors at a meeting of the education and families committee where it was agreed that Chryston Primary School will move from its current location next to Chryston High School on a new site to the south of Cliffvale Road.

Both schools are currently operating at capacity and there is considerable new housebuilding planned in these areas.

The next stage involves the appointment of a contractor which will allow the next stage, the planning process, to begin. This takes around 15months to complete.

As part of this year’s budget, which was set in February, North Lanarkshire Council made a commitment that every school not already in a new building should be replaced.

The roads infrastructure is one of the council’s most valuable assets and is vital to the area’s economic well-being, contributing significantly to the local economy and regeneration.

The Ayrshire Roads Alliance’s Roads Maintenance Unit Section has designed a road-resurfacing programme covering 65km of local roads, which will ensure that resurfacing work focuses on the roads most affected by defects, potholes and surface fragmentation.

Teams will be resurfacing substantial stretches of road; moving away from temporary repairs. At the start of the month, resurfacing took place on over 6.4km of road on the C97 at Skares and the C61 at Ochiltree.

Perth & Kinross Council has announced that resurfacing works are now underway on Newhouse Road, Perth between the junction with Struan Road and the Rannoch Road roundabout.

Due to the nature of the works, a 24 hour road closure is required, along with suspension of on-street parking. Resurfacing will take place Monday to Friday between the hours of 7.30am and 4.30pm. To keep disruption to a minimum, the works will be carried out in two phases, with associated traffic management as follows:

Phase 1: Monday 20 May - Friday 31 May, from the Struan Road junction to the Balgowan Road junction, with minor works on the Newhouse Road/Rannoch Road roundabout. A road closure and three-way temporary traffic lights will be in operation, and Balgowan Road will remain open during this phase.

Phase 2: Monday 03 June - Friday 17 June, at the Newhouse Road/Rannoch Road roundabout including the Balgowan Road junction. A full road closure will be in place, with traffic diverted respectively via West Mains Avenue and Campsie Road.

Works are expected to take approximately four weeks to complete.

Mactaggart & Mickel’s Building Communities Fund has contributed £750 to Cathcart Youth Ministry Partnership towards its annual Easter and Summer holiday clubs, which attract a significant number of children and young people from community families with various faith histories, as well as those with none. 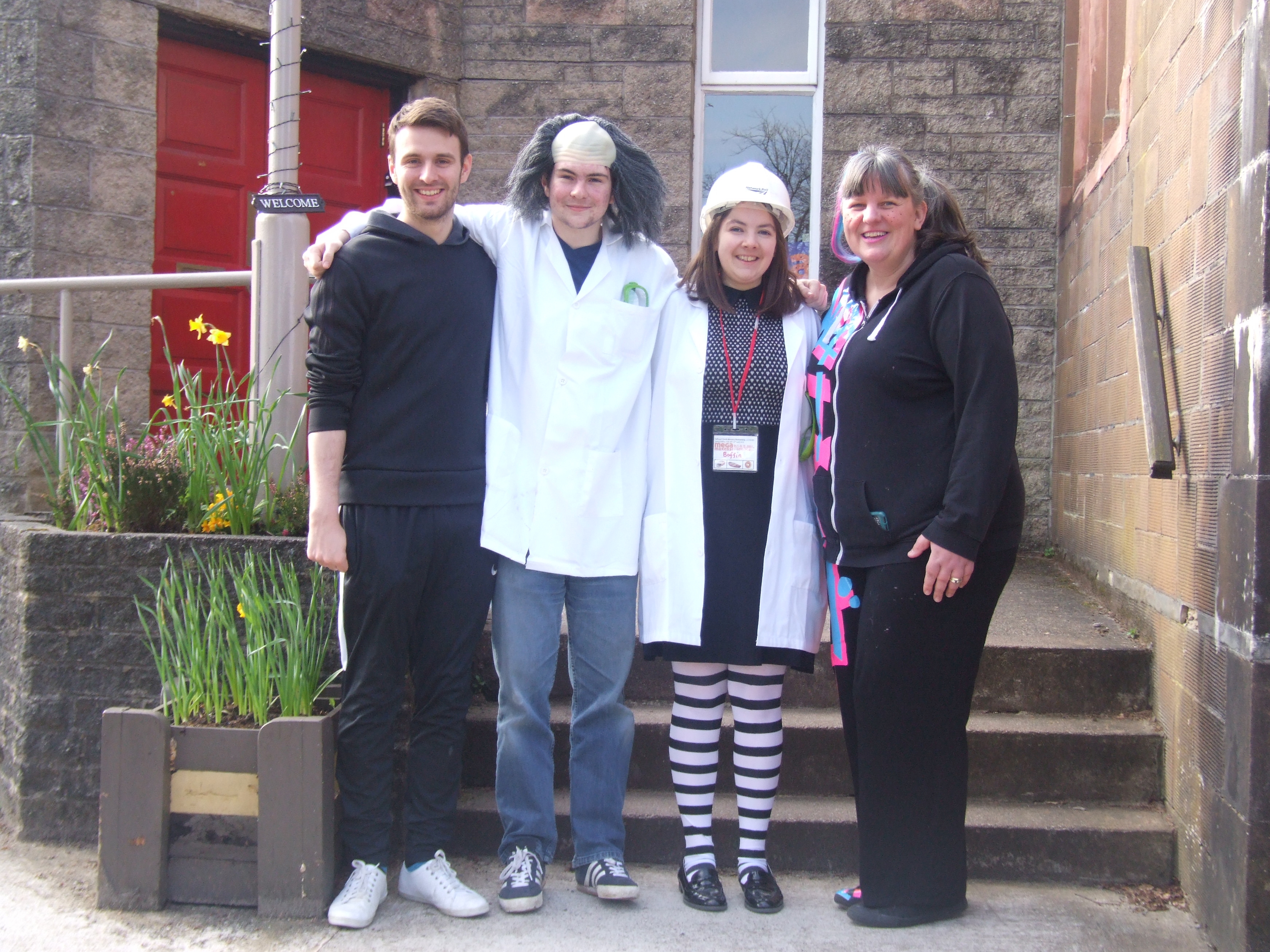 Over its more than 10-year history CYMP has become a trusted provider of youth and children’s work in Cathcart and the surrounding area. Funded by three churches of different denominations and working wherever possible in partnership with the local denominational and non-denominational schools, its activities are open to all. CYMP is an exemplar of an organisation which enhances its community by doing its best to blur sectarian, or inter-faith barriers wherever possible, and promoting positive values and life skills.

The holiday clubs are viewed as trusted settings offering a safe and positive environment for young people, so parents and carers can have a break at a time when “holiday stress” can really kick in. With a lack of other community organisations and settings in the area, especially during holidays, the teenage youth cafes and afternoon sports sessions also provide safe spaces for teenagers to socialise and try new skills.

The £750 donation has contributed to a range of items including equipment, specialist sports and workshop leaders, craft materials, scenery, props, pitch hire and snacks for the Easter and summer holiday clubs and their associated programmes.

A childcare centre in Stornoway has a new addition to its play area as part of the recent completion of new homes for Hebridean Housing Partnership (HHP).

The work follows the completion of the new Langley Apartments on Stag Road.

The Childcare Centre gratefully received the donation and it has become a prominent feature within its play area.

More than 350 students from 21 countries spread across three continents are exhibiting at the 2019 Duncan of Jordanstone College of Art & Design and Architecture Degree Show, which runs until Sunday. 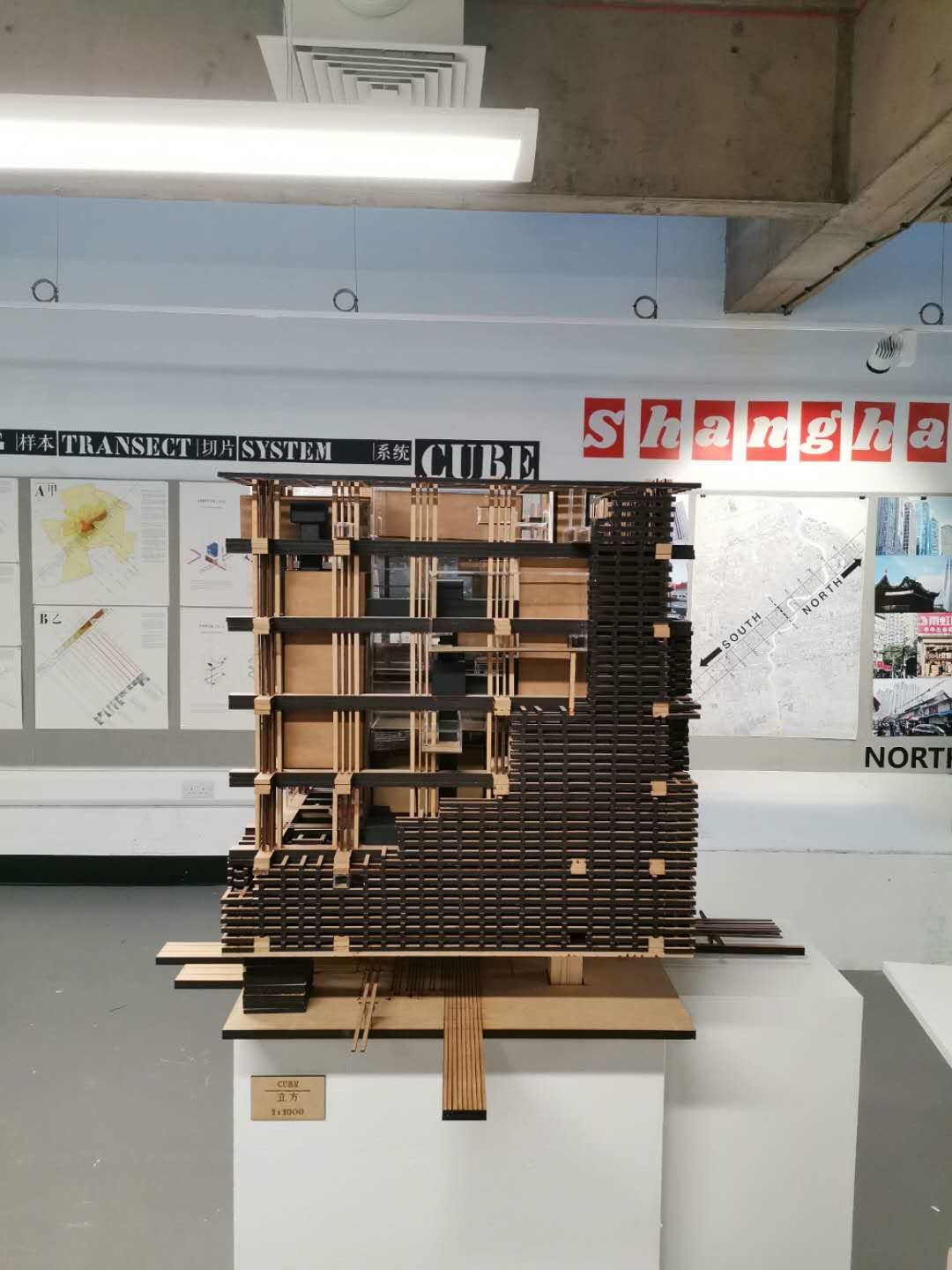 China is one of the most highly represented countries at the exhibition, thanks in part to a pioneering partnership between the University of Dundee and Wuhan University, one of the top higher education institutions in China. This agreement sees dozens of students from Wuhan complete the final year of their architecture degree at the University with many opting to remain at Dundee for a further year to obtain their Masters qualification.

This year, 14 Wuhan students have successfully completed their Masters and are exhibiting their work at Degree Show alongside their classmates having set their minds to a range of challenges including community participation in planning and the future development of the cities of Mainz and Shanghai.