Shepherd Chartered Surveyors has been instructed to market a prime site for industrial and distribution to the market for sale. 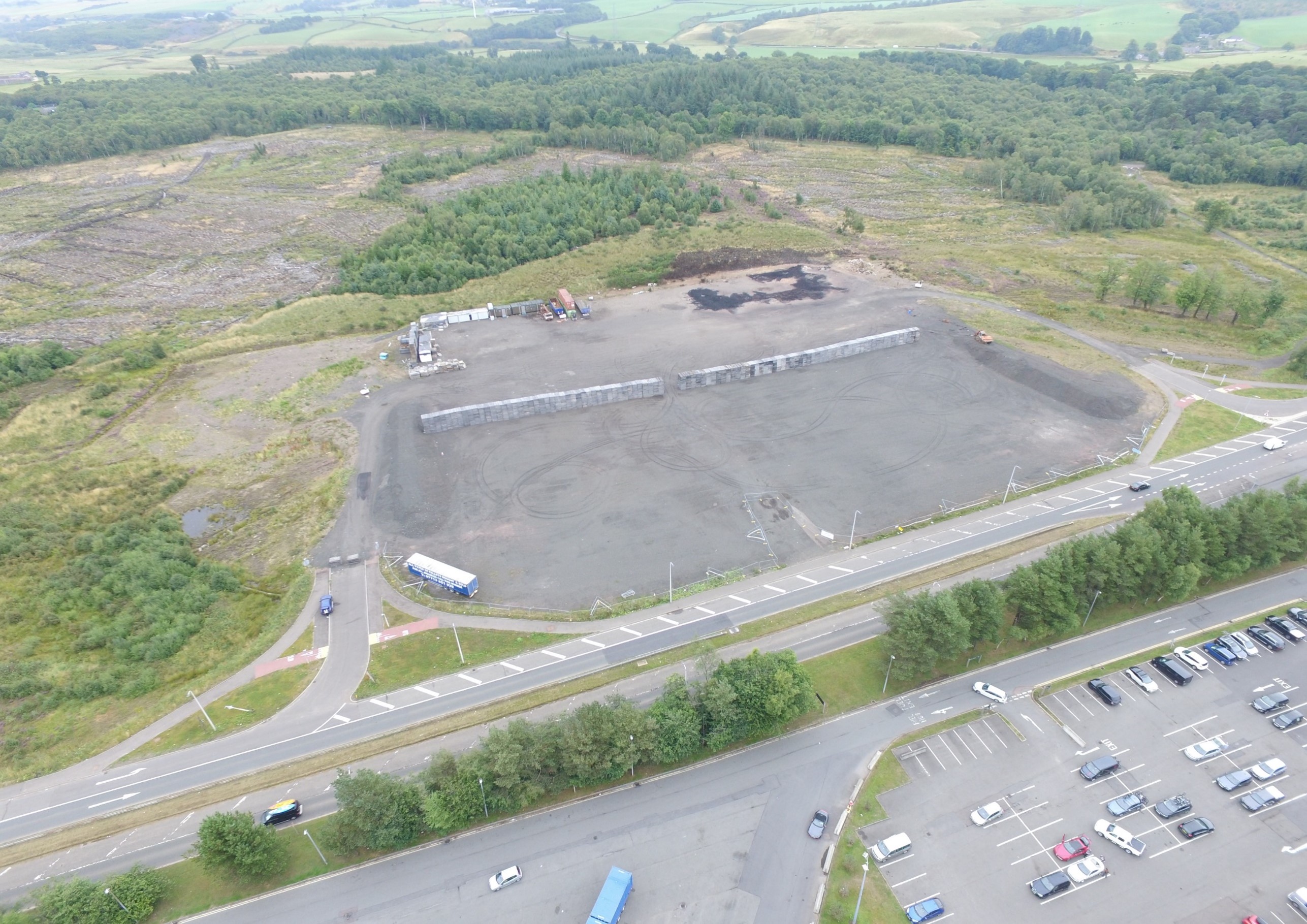 The 28.5-acre site is located immediately adjacent to Happendon Services which is between Junctions 11 and 12 of the M74 close to Douglas.

The large area of land is located directly adjacent to Cairn Lodge Motorway Services, five miles south of Lanark and Leshmahagow, on the east side of the B7078, running parallel with the M74.

Ayr Road is a short distance south, connecting the site with the southwest coast. Additionally, the A702 is located southeast, providing access to the Lothian region. As such, the land offers excellent connectivity to the national road networks to the north and south.

Avison Young has acted on the off-market acquisition of two modern prime DPD industrial units for around £20 million, on behalf of its client Aberdeen Standard Investments.

The stand-alone units were purchased from real estate investment company Riverside Capital who had previously bought the two buildings in separate transactions back in 2016.

The first new office development within the Central Borders Business Park at Tweedbank is now nearing completion and is expected to be handed over by the building contractors to Scottish Borders Council in late September.

SBC’s IT service provider CGI will take up occupation as a tenant of the building later in the year following a fit-out process, as part of a regional commitment to secure and provide local employment opportunities.

As part of the Edinburgh and South East Scotland City Region Deal, development of the Central Borders Business Park continues to progress, with the first phase of construction nearly completed.

Following approval by the council of Supplementary Planning Guidance (SPG) earlier this year, enabling works at further areas of Tweedbank are also now able to be progressed, subject to the necessary planning consents. These include the development of an access road and services into the former Lowood Estate.

The council is also in the process of assessing the impact of the COVID-19 pandemic on the commercial property market. This will inform future developments associated with phases two and three of the Tweedbank project.

In addition to the progress of the business park, business planning is going ahead for the development of a residential care village at Tweedbank. Further reports will be brought back to the council on these plans.

Harley Haddow has been selected as ACE Net Zero Advisor of the Year at the 2021 Consultancy & Engineering Awards.

A spokesperson said: “As Net Zero is a key part our business, we are honoured to receive this industry recognition for works that we are so deeply passionate about. Sustainability and Carbon emission is and always has been deeply engrained within our company ethos, so this recognition as we move closer to Net Zero targets is invaluable to Harley Haddow.

“Net Zero has allowed us to develop and promote our long-standing sustainability agenda as it is now at the forefront of priorities not only for us, but for everyone. For our clients, we are able to apply engineering solutions which are in-keeping with the global requirement to reduce carbon emissions. Winning this award validates our stance as experts in the field in making Net Zero achievable for everyone.

“A huge thank you to our clients who have allowed us to review and investigate a range of Net Zero opportunities which will assist them on their journey. We are grateful to our team of skilled engineers who have a continued passion for Energy & Sustainability Engineering which puts the client first.”

Merchant Homes is set to release a number of new homes at its Glasgow development over the next few weeks. 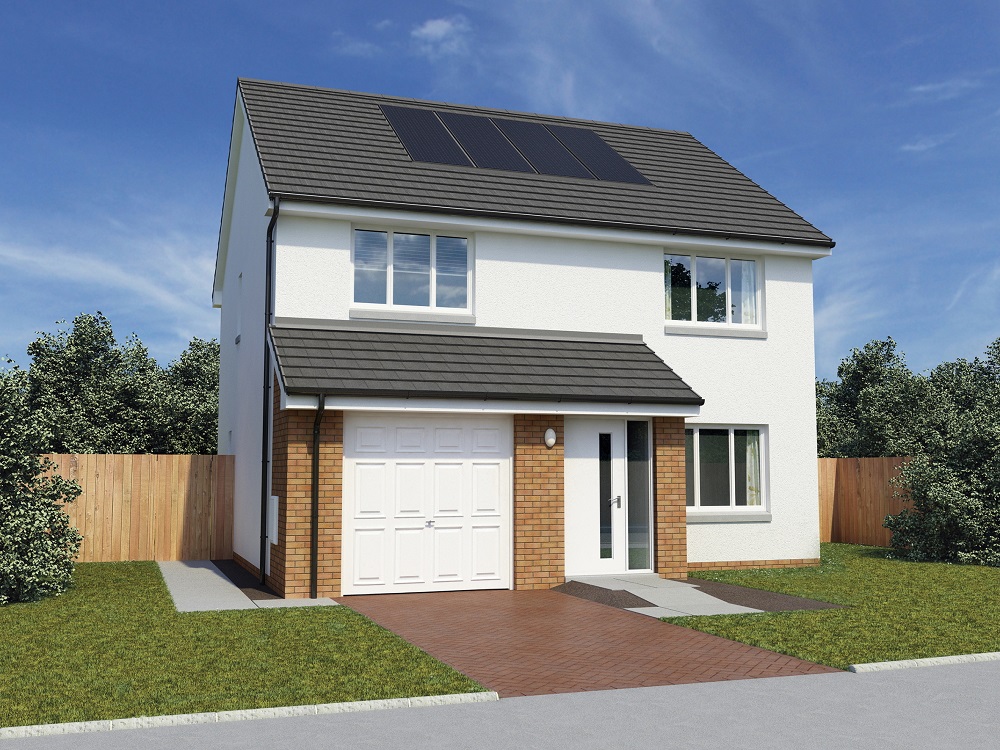 The homebuilder said it has been overwhelmed by the response to Lochwood Gardens, located in the east of the city, therefore making the decision to release another phase to keep up with customer demand.

The new phase will include some of the housebuilder’s most popular house types offering prospective buyers a selection of three- and four-bedroom semi-detached and detached homes.

The newly launched homes will be released early October with move-in dates from February 2022 onwards.

An Aberdeen family firm is celebrating 25 years in business after succeeding to diversify and adapt to market changes over the years to survive.

Greenwell Equipment, which specialises in cabins, containers, warehouse racking and office furniture, launched in 1996 selling second-hand furniture and has since grown to become a multi-million-pound business that has worked on some of the UK’s largest infrastructure projects.

Run by brother and sister team, Mark Turnbull and Julie Wood, alongside their father, Richy, Greenwell has delivered contracts for a number of large-scale projects, including the Queensferry Crossing, the AWPR, the new Aberdeen Harbour development, the A9 upgrade and the HS2 Rail development in England.

The family has been quick to adapt to market changes, diversifying from the oil and gas industry into construction and civil engineering during oil industry downturns, and during the pandemic they have further targeted the container and office furniture markets, as well as becoming a supplier of specialist staff isolation units and protective screening solutions. The firm has also secured a number of contracts in the renewable energy industry.

Continuing to operate throughout the pandemic the firm, which is based on Greenbank Road with 20 members of staff, hit record sales in shipping containers, quadrupling weekly sales in this division, and saw a 20% growth in its furniture division which diversified to target home working and home schooling.

Plans to replace Hawick High School with a state-of-the-art facility set within the existing school site are to be presented to Scottish Borders Council.

The plans would see the new school remain at the heart of the community with the building developed in the area of ground between the adjacent cricket club and the older school buildings.

The proposed development would see a four-storey building constructed in one single phase, with the existing school remaining operational throughout, to minimise disruption to students and deliver the finished building in the quickest timescale.

Upon completion of the new building, a follow-on phase would see the old school buildings demolished and a new public entrance plaza created.

A community consultation exercise will be undertaken throughout the remainder of 2021 both online and in-person to gather the views of the wider community and present the initial proposals in full.

Prioritising the development of new schools across the Borders and investing in the futures of young people has been a major focus. The Council’s Learning Estate programme was created to prioritise the accessibility of high-quality educational facilities across the whole region.

The current target for completion of the new school building is during academic year 2026/27.

Housebuilder Dandara is unveiling a new range of homes at its developments across East Scotland, which have been designed to meet changing customer desires and aspirations. 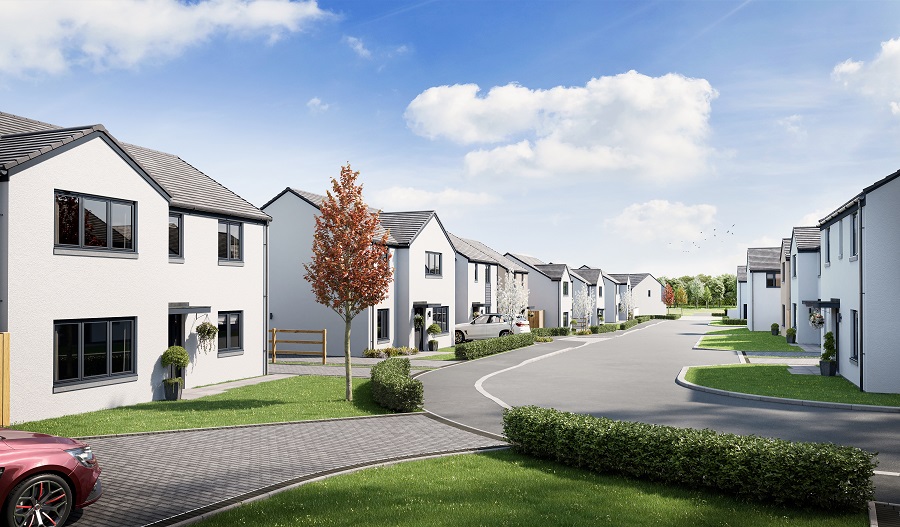 The Island Range – named after some of the most beautiful locations in the country – has been designed to respond to greater demands for homeworking space and a need for flexibility. Dandara will launch these new homes at its current and future developments, starting at Eskbank Gardens, just outside Edinburgh. The homes at Eskbank Gardens will be available for sale off-plan very soon with the first completions expected in the spring.

The new range of homes externally feature a selection of clean and simple lines with minimal maintenance in mind. Internally, the new homes have been designed with an emphasis on flexible spaces to accommodate increased home working; something that is likely to remain popular in the future. Generous, open-plan living areas which can be defined by the use of furniture offer greater flexibility, not only for working from home, but also for family time and entertaining.

In addition to Eskbank Gardens, the new range of homes will be launched shortly at Dandara East Scotland’s neighbouring developments at Ashgrove in Straiton, Shawfair and the imminent new site, Foxhall Gait at Kirkliston later in the year, all close to the thriving capital city of Edinburgh. Part of the Scottish powerhouse region, this area is outpacing London in terms of growth and is experiencing an unprecedented rise in jobs, prospects and prosperity.

Moray Council has confirmed the £100,000 repair works to Foths Bridge will begin from October 4.

The contract has been awarded to Geo-Structural Ltd for the reconstruction of the bridge on the C2E in Thomshill, following its closure to vehicles after a hit-and-run collision in November 2019.

The work is expected to take four to five weeks, the timescale will largely depend on weather conditions. The bridge will also close to pedestrians during this time, with a diversion in place, before re-opening to all traffic when work is complete.