A construction company which is being sued for £3.8 million by a hotelier following a contractual dispute has successfully challenged a court ruling preventing it from having the case resolved by adjudication. 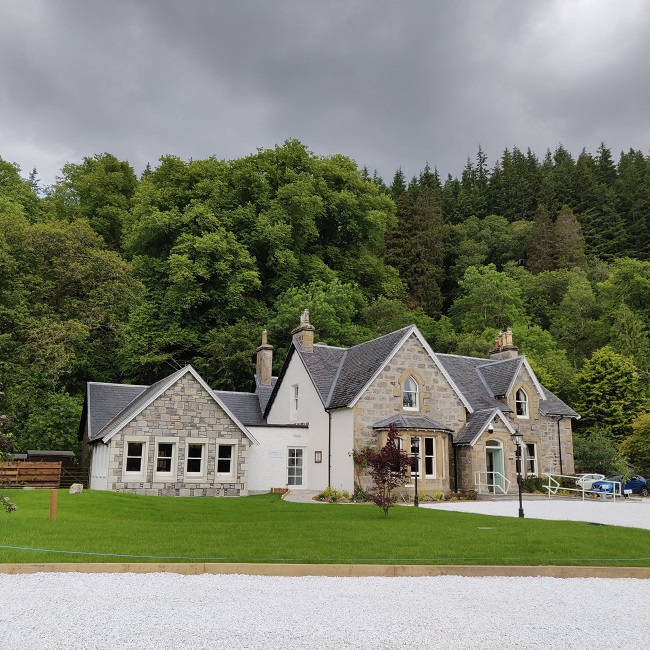 A judge in the Court of Session recalled the interim orders interdicting the company from proceeding with an adjudication process which had already commenced after ruling that the “balance of convenience” was in its favour.

Lord Doherty heard that in November 2018 the pursuer Mars Black Sheep Hotels Limited and defender Douglas & Stewart Limited entered into a written contract in terms of which the defender would carry out construction work at three Highland hotel properties, and which also provided either party was entitled to refer any dispute to adjudication.

Between the autumn of 2018 and the spring of 2019, the defender carried out substantial construction works at the three hotels, for which the pursuer made payments to the defender totalling more than £6.5 million.

However, by May 2019 the parties were in dispute as to whether further payments were due by the pursuer in respect of the work and the defender gave the pursuer notice of intention to suspend performance, following which the pursuer indicated by letter that it was terminating the contract.

On around 18 July 2019 the pursuer claimed for the first time that it had been induced to enter into the contract by “misrepresentations” by the defender and a commercial action was signetted a few days later.

The summons sought (i) reduction of the contract: (ii) payment by the defender to the pursuer of £3,800,000 with interest: (iii) interdict against the defender a) taking any further steps in furtherance of the adjudication already commenced; b) taking any steps to enforce any award resulting from the adjudication; c) otherwise referring any dispute as to or arising from the contract to adjudication: (iv) suspension of the existing adjudication process. It also sought interim interdict and interim suspension.

The pursuer averred that the defender misrepresented that the pursuer would be entering into a contract with a substantial commercial entity based inter alia in the UK which had a “proven track record” and a “significant asset base”.

It further averred that restitutio in integrum may be achieved by the defender retaining the quantum meruit value of the work done, which it estimated at £2.7m.

It is seeking repetition of £3.8m. Alternatively, in the event that the pursuer establishes that there was fraudulent or negligent misrepresentation but reduction and restitution are not possible, it is seeking damages of £3.8m.

Counsel for the defender submitted that the pursuer did not have a “prima facie” case for interim interdict and interim suspension.

Neither its pleadings nor the affidavits relied upon disclosed such a case and the inferences of misrepresentation by the defender which the pursuer sought to draw from the facts were simply not justified, it was argued.

It was submitted that the pursuer had not disclosed material matters to Lady Wolffe.

In particular, it had not been made clear that the pursuer had been well aware by mid-September 2018 of the identity of the defender as the proposed contracting party.

It had not been represented that the defender, rather than other companies in the Douglas and Stewart group, had carried out the projects described in the brochure which the pursuer had been given or the projects which the parties had discussed.

The defender had indicated it was in a position to provide and deploy the necessary resources to carry out the works – as it in fact had done.

The defender’s financial position had not been raised by either party during the discussions and it was only in March 2019 that the pursuer had become aware of the accounts which the defender had filed in 2018, but it had continued to instruct substantial work under the contract.

It was only after the adjudication had been commenced that the pursuer had suggested that there had been any misrepresentation.

If there was a prima facie case then the “balance of convenience” favoured recall.

Parliament had provided that parties to construction contracts should have the right to have disputes resolved on a provisional basis by adjudication, and the interim orders cut across that, to the defender’s very considerable prejudice.

If adjudication was not available to the defender there would be no prospect of a speedy decision in its favour and early payment, and it would have to resort to litigation or arbitration which would cause “delay and expense”.

The court should have regard to the fact that it was only at a very late stage – after the adjudication was commenced – that the pursuer had raised the question of misrepresentation and reduction.

If the interim orders were recalled and the adjudication proceeded the pursuer would be able to seek to persuade the adjudicator that the disputed sums were not due in terms of the contract.

Recalling the interim orders, the judge observed that while there was a case for the defender to answer, he was “very far from persuaded” that the pursuer had a strong prima facie case.

In a written opinion, Lord Doherty said: “Taking a broad view of the pursuer’s case and the defender’s defence I am not satisfied that the pursuer’s prima facie case even approaches that sort of territory.”

On the balance of convenience, he continued: “I recognise that if the interim orders are recalled but ultimately the pursuer succeeds in obtaining reduction of the contract and an order for repetition of sums paid in so far as they exceed the quantum meruit value of the work done, there is a risk that the defender will have insufficient assets to satisfy a decree. Similar risks are likely to be present in many cases where adjudication awards are made, but that consideration did not cause the legislature to modify the provision which it made.

“On the other hand, if the interim orders remain in place the defender will certainly be deprived of the right to go to adjudication. It will not have the opportunity of persuading an adjudicator that a provisional decision should be made in its favour. Rather, it will require to vindicate its position by litigation or arbitration, with the delay and expense that that is likely to involve.

“In my opinion in the present case there are further important factors that go to the balance of convenience and which favour the defender. First, the pursuer did not raise the challenge to the contract until very late in the day - after the adjudication had been commenced. Second, Parliament intended that parties to construction contracts should have the right to refer disputes to adjudication. The court should be very wary indeed of preventing a party from pursuing a right to adjudication.”

The judge concluded: “In the whole circumstances I am satisfied that the balance of convenience favours the recall of the interim orders. Had the pursuer had a strong prima facie case - considerably and demonstrably stronger than the defender’s prima facie defence - the position may have been different. However, as already indicated, in my opinion the pursuer’s prima facie case is not in that territory.”