He also received a tour of the building, met pupils and joined some nursery and primary 1 children for a construction-themed loose parts play session in the spacious outdoor play area.

Mr Swinney previously attended a ground-breaking ceremony to mark the start of construction on the £18.9m school in October 2017. The project received a £4.5m grant from the Scottish Government’s Scotland’s Schools for the Future programme, administered by the Scottish Futures Trust.

His visit Wallyford Primary School gave him the opportunity to see the finished facility and hear from pupils, staff and members of the community about the difference it is making for them. 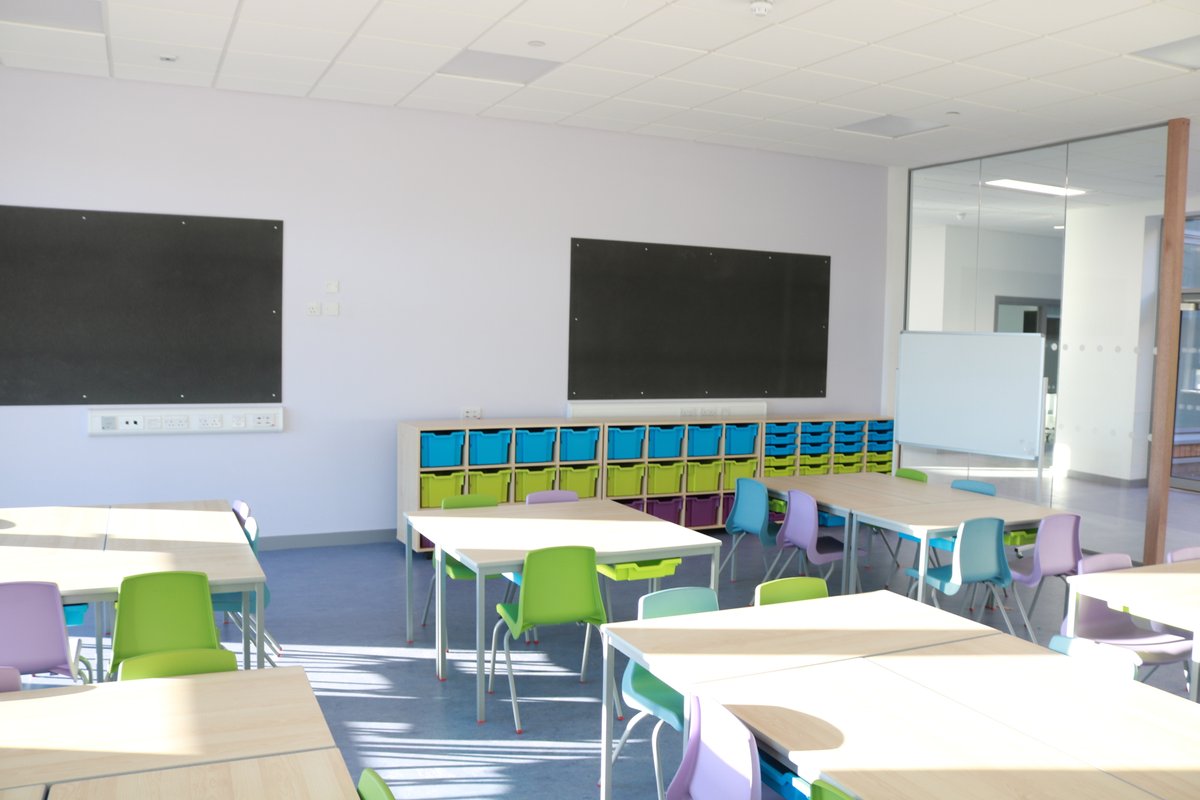 Deputy First Minister John Swinney said: “It is wonderful to be able to come back and see the progress since the ground breaking and how the ideas that the children and staff put forward have been realised. The new, state-of-the-art Wallyford Primary School will not only benefit generations of pupils, teachers and staff for years to come with a specifically-designed learning environment they can be proud of, but the new library and sports facilities will also have wider-reaching benefits for the local community.

“This is one of 117 schools to be replaced or refurbished as part of our Schools for the Future programme, and one of two East Lothian Council school projects to receive funding.

“I would like to thank East Lothian Council for inviting me to open the school and for its continued commitment to its school estate.” 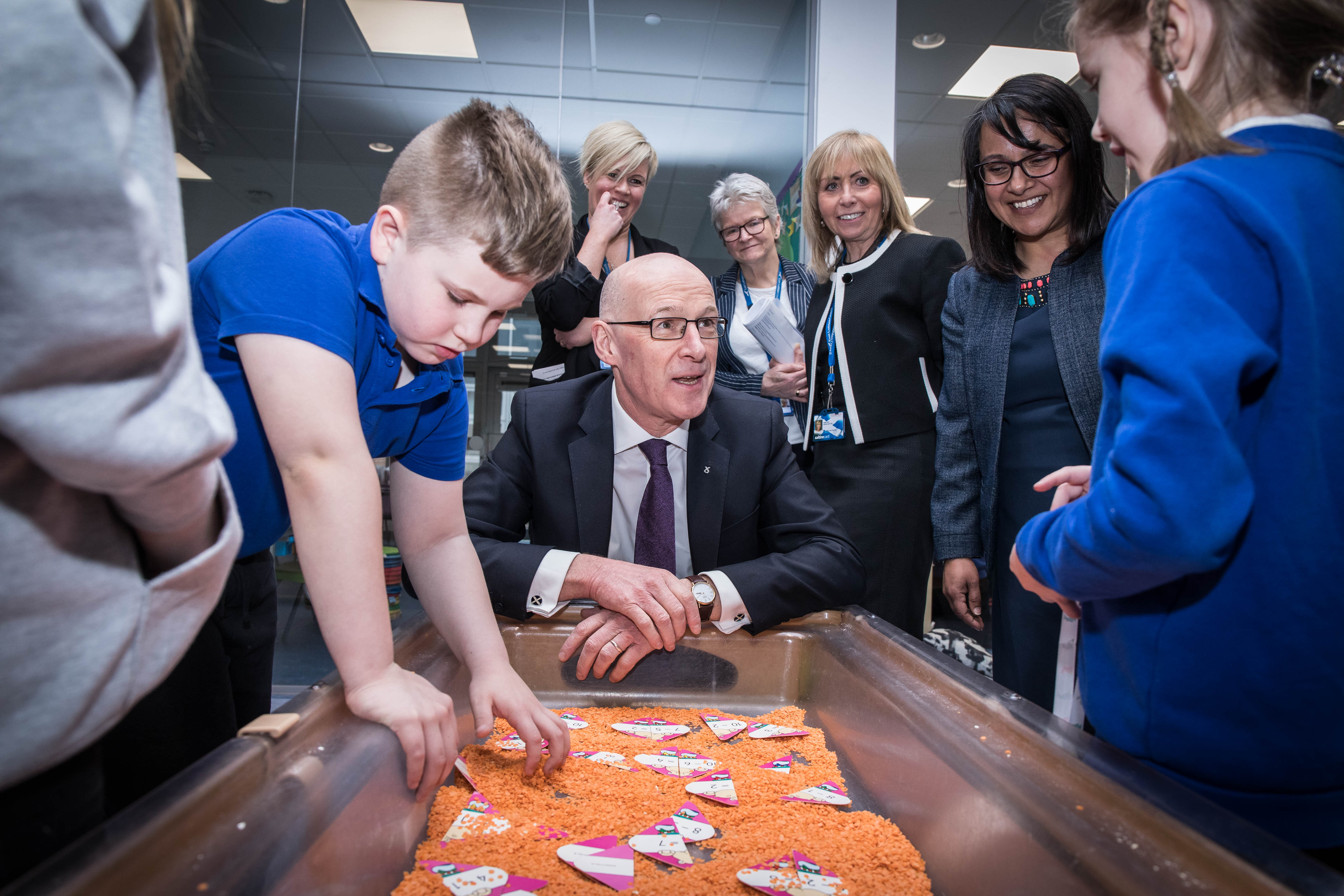 The new campus offers room for modern educational facilities for a growing school population, surrounded by plenty of outdoor space. A new community library has been provided within the school named after Margaret Oliphant, a 19th century novelist from the town.

Councillor Shamin Akhtar, said: “I have been so impressed with the opportunities our children had to share their views on the new school, and the care that was taken to incorporate their ideas during the design process. There are many touches throughout that reflect the heritage of the area to create an inspiring learning environment that is rooted in its community. It’s a joy to see the children settling into their new school and to hear the positive feedback from them and the staff team on this investment in their new facilities.”

Inclusion was at the heart of the design to increase accessibility and opportunities for the many children and groups that use the school. It also features Grace’s Signs for the toilet and car park, highlighting and encouraging greater understanding of ‘hidden’ disabilities. 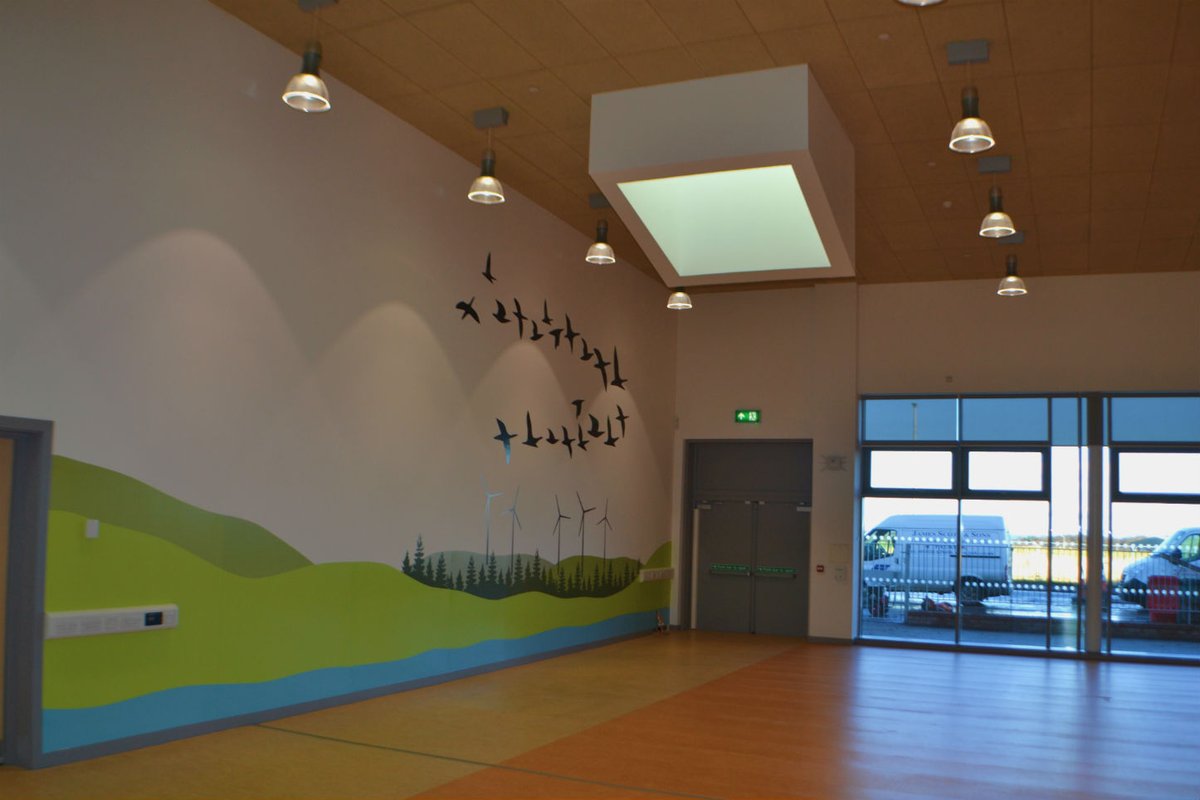 “We’re particularly proud that as well as delivering a first class learning space for pupils and staff, this project has realised a range of benefits for the wider community, supporting a local supply chain and generating significant social value and economic impact as a result of the investment in the area,”

Morrison Construction operations director, David Wilson, added: “It is wonderful to welcome Deputy First Minister John Swinney back to Wallyford Primary School after he first visited the project to take part in the ground breaking ceremony with local pupils in late 2017.

“We are proud to have delivered this fantastic school for East Lothian Council, which again demonstrates the state-of-the-art facilities our experienced team continue to build in the education sector.

“During construction, we invested £5.6m into the community through the employment of local businesses. Our progressive social value programme also provided 166 days of work experience, supporting 13 apprenticeships and four trainees.”