Drum Property Group has submitted detailed plans for a high-profile office building at its mixed-use riverside campus in Glasgow. 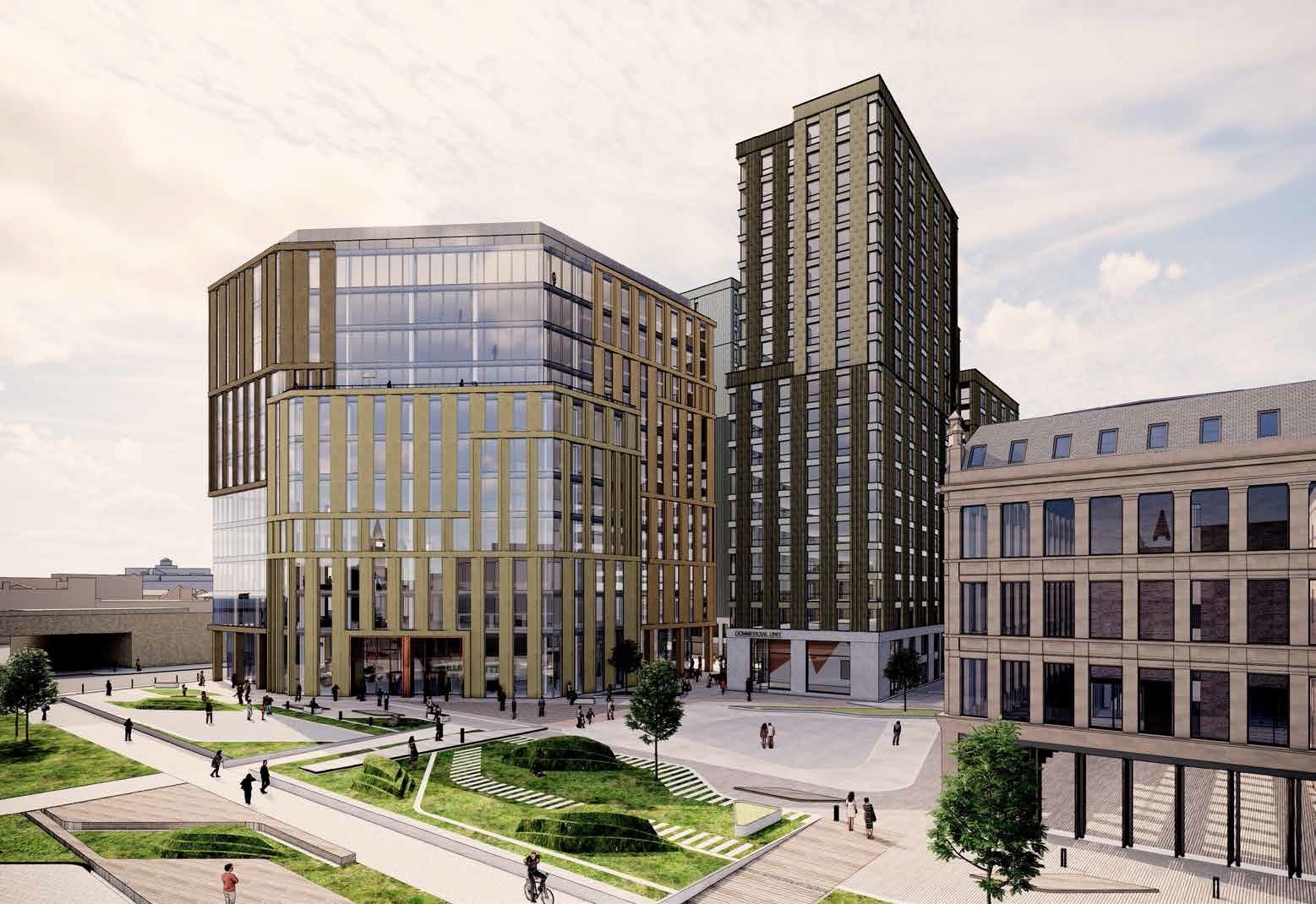 The 11-storey structure is described as an “exemplary gateway building” to the city and an “exciting addition” to the overall Buchanan Wharf development and masterplan for the Tradeston site.

Designed by Halliday Fraser Munro, ‘Building 6’ will have 170,000 square feet of office space plus a variety of uses at ground and mezzanine floor levels including food and beverage outlets.

Describing the build the practice wrote: “The combination of a stepped form and a variation in panels shape and direction give the building a unique rhythm and creates a dynamic facade which changes as the viewer moves around the building.

“This composition gives an overall impression of a curtain draped across the building. This curtain is pulled back at key areas to reveal the views along the river and to the south.” 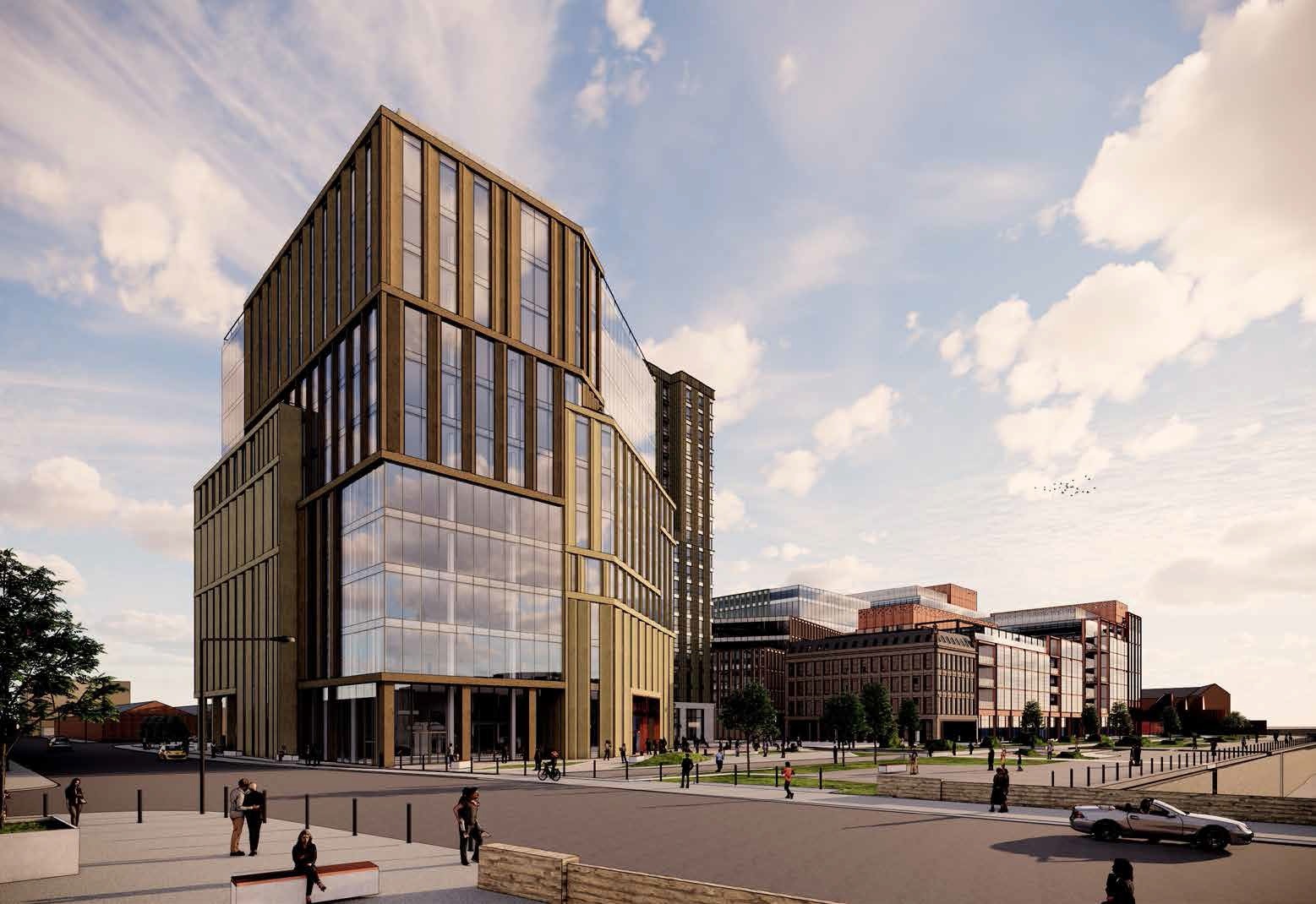 Work is already well underway on office accommodation for thousands of Barclays Bank employees and a 324 build-to-rent flats. Also approved for the site is an early years centre.

Last month Barclays confirmed that it will drop the ‘Buchanan’ name from the development over concerns with its connection to the slave trade. A Barclays spokesman said that the development will now be known as the Barclays Glasgow Campus.