Kier Group has revised up its debt position to include a further £50 million and revealed it will take a £25m hit on a hospital redevelopment project.

In its trading statement of January 22 the firm announced that its net debt position was c.£130m at 31 December 2018, but in a surprise update to the stock market this morning Kier restated this to be £180.5m. 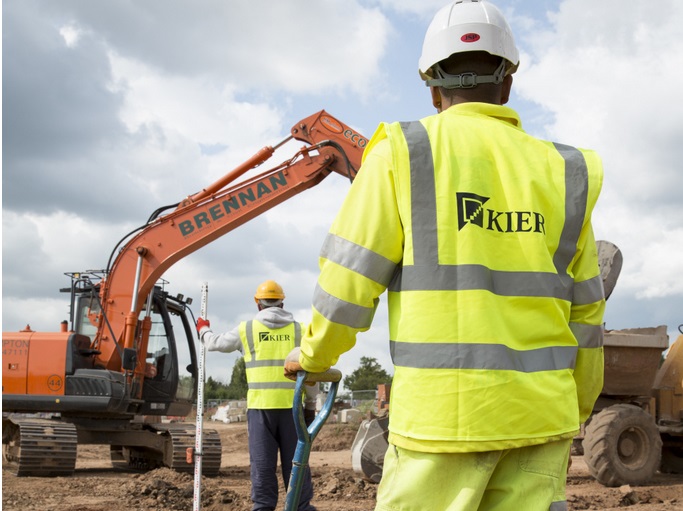 Accordingly the company has re-calculated its average month-end net debt for the six months ended 31 December 2018 as being c.£430m (from c.£370m).

Kier said the change came after revisiting how it booked certain assets.

The statement said: “In the course of preparing its FY19 interim results and finalising the 31 December 2018 net debt position, the company identified a number of adjustments (in aggregate: £10.3m), principally relating to the group’s hedging activities, and has revised the classification of the debt (in aggregate: £40.2m) associated with certain developments assets held for resale at 31 December 2018. The group originally consolidated this debt balance within assets held for resale on its balance sheet; following the re-classification, the debt has been included within the group’s net debt position.

“The group continues to forecast a net cash position at 30 June 2019 and remains focused on reducing its average month-end net debt.”

Today’s statement also warned that Kier expects to take a £25m hit on its long-running contract to redevelop Broadmoor Hospital.

The company has a £115m contract to build a new hospital with 10 wards containing 162 secure mental health beds for client, the West London Mental Health Trust.

The statement added: “The Board has reviewed the operational progress and cost recovery programme of the Broadmoor Hospital redevelopment project. The first phase of the project is expected to be handed over shortly and the remaining work on the project, which accounts for less than 10% of its value, will commence shortly thereafter.

“The group has recently agreed a process with the client which is designed to reach agreement with respect to the group’s entitlement to the additional costs associated with the project’s delay. Following its most recent review, the Board has concluded that a non-underlying provision of £25m will be included in the group’s FY19 interim results in respect of future recoveries from the client and other third parties.”

Otherwise Kier moved to reassure that it remains on track to meet full year expectations when it releases its interim results on March 20.

“The group remains on course to meet its underlying FY19 expectations, with the full-year results being weighted towards the second-half of the financial year, as expected,” it said.