Scottish Borders Council has confirmed the appointment of McLaughlin & Harvey as its main works contractor for the Hawick Flood Protection Scheme. 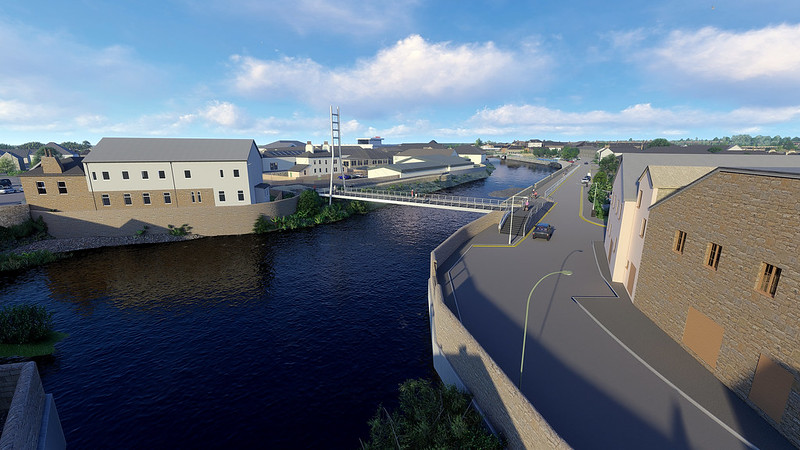 The company, which has led on a number of flood projects throughout the UK, will now construct the Hawick scheme following a major procurement exercise.

Once completed, it will provide protection to over 900 properties from a ‘1 in 75 years’ flood event.

The procurement exercise was launched early last year and saw four detailed tender bids put forward in November, which were then evaluated.

On February 26, councillors voted unanimously to approve the appointment of McLaughlin & Harvey. Since then, detailed discussions have been ongoing regarding the start and completion dates for the scheme in light of the coronavirus outbreak and its impact on the construction sector. An official opening for the scheme will be announced in due course. 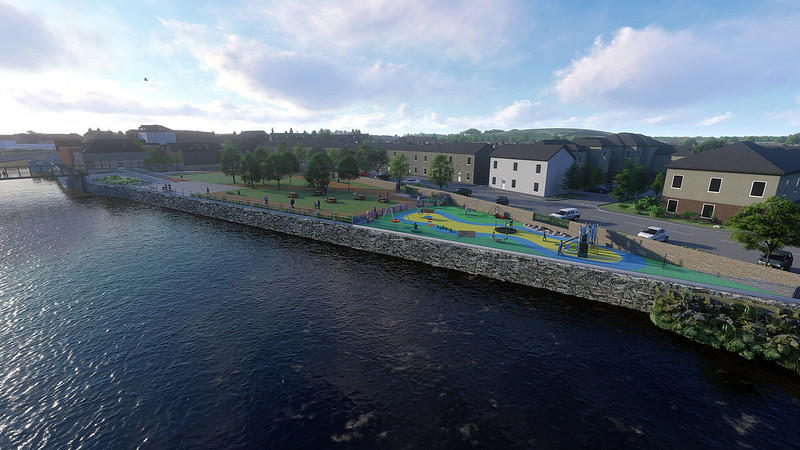 To date, £7.5 million of advanced construction works have been completed in the town since March 2018, preparing the way for the main works contractor to start on the principal construction project.

These works have also involved site clearance and the preparation of the scheme’s traffic management plans including the construction of a new access road to Aldi at Commercial Road.

The total scheme costs will be £88m, including the main works contract, which represents a major investment in the infrastructure of the town of Hawick. 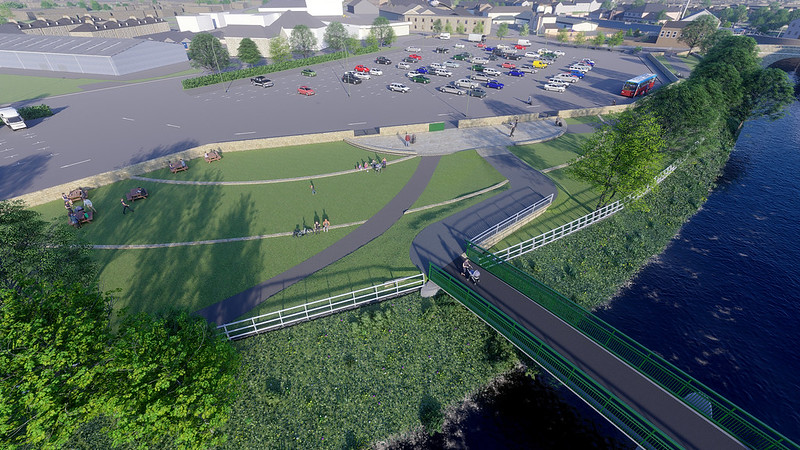 Contributions to the overall scheme costs include:

It is estimated that if these four projects were to be carried out independently of each other, the overall cost would be in the region of £101m.

Cabinet secretary for environment, climate change and land reform, Roseanna Cunningham, said: “We are all aware of the problems faced by communities at risk from flooding.

“The people of Hawick know this particularly well and the damage caused by flooding earlier this year and in previous years will still be very clear in everyone’s minds.

“The Hawick scheme is one of the largest to be developed in Scotland, and forms a key part of the Scottish Government’s £420m, ten-year programme of support to local authorities agreed in 2016 to significantly lessen the problems caused by flooding.

“The Scottish Government is therefore very pleased to support Scottish Borders Council by contributing up to £63m from the 2016 fund towards the cost of the Hawick Flood Protection Scheme, and recognises the strong partnership approach with Scottish Water and SUSTRANS involvement.

“Supporting major capital works such as this is tangible evidence of the Government’s commitment to climate change adaptation and green recovery.”

“As highlighted by the flooding experienced during Storm Dennis earlier this year, the Hawick Flood Protection Scheme is hugely important for the town and the Borders.

“The council has a track record of providing flood protection schemes, including Selkirk’s which has already prevented millions of pounds worth of damage since it was completed in 2017.”

McLaughlin & Harvey’s director of civil engineering, Seamus Devlin, added: “We are delighted and honoured to have been chosen to carry out the works on this major flood protection scheme.

“McLaughlin & Harvey is committed to excellence in everything we do and fully understand how important this project is to the people of Hawick and, indeed, to other flood protection schemes in the pipeline around the country.

“We look forward to working with the people of Hawick and the client team in order to deliver a world class flood protection scheme.”