Revised plans a double platform railway station at Inverness Airport have been submitted to the Highland Council. 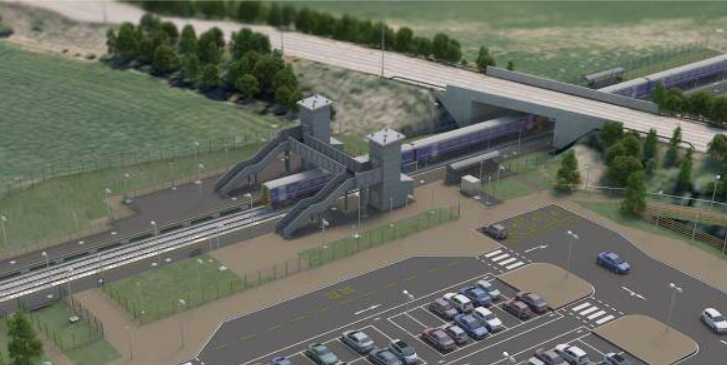 Proposals drawn up by BAM Nuttall and AECOM on behalf of Network Rail, include a footbridge, lift, car parking, bus drop off zone and waiting shelters at Dalcross near the new town of Tornagrain.

Network Rail said the plans form part of the Inverness Airport Business Park, which is identified in the Highlands local development plan. It covers an area of 200 hectares of land earmarked for development as business/research development park, with a hotel/conference centre.

The new town of Tornagrain is located to the south of the business park, with an anticipated capacity of 4960 new homes as well as shops, schools and community facilities to be delivered over the next 30-50 years, with an eventual predicted population of 10,000.

The need to provide a new railway station at Dalcross has long been recognised, both via historic permissions, development plan policies and more recently via an application made by HiTrans in October 2016, permission for which was renewed by the local authority in April 2020.

Plans for a £5m single track station at the site were first submitted in 2017 but never progressed.