Scottish Canals has submitted plans to develop a three-storey office building made from adapted shipping containers beside the canal at Port Dundas in Glasgow. 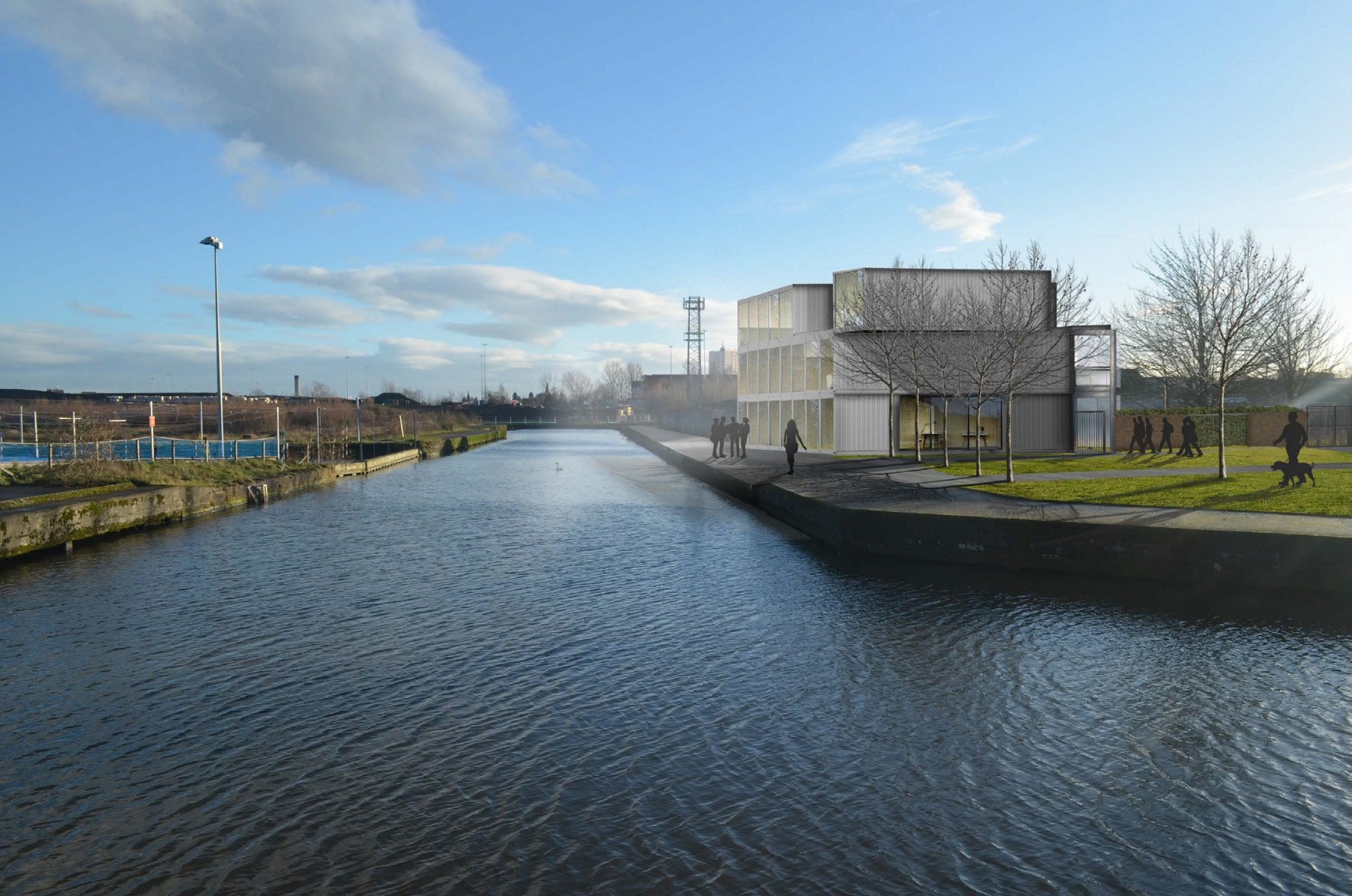 Under the plans, an area of land at Mid Wharf Street would be cleared for the building with land between the facility and the canal earmarked for improved public realm with the potential for temporary events or potentially a café.

The design statement from Oliver Chapman Architects stated: “The wharf was originally much wider to accommodate trains and fixed cranes.

“In recent years the boundaries of leases at 101 and 112 Mid Wharf Street, have encroached across the majority of the wharf’s width and a tall pre-cast concrete panel boundary wall built.

“We propose to remove the existing concrete wall and set the new building nine metres back from the canal edge, considerably more than the 3.5 metre width required by [active travel promoters] Sustrans for pedestrians and cyclists.

“This will allow space to eventually extend a wide public realm the full length of this canal bank as sites become developed in future years, allowing depth for the building and its car parking whilst safeguarding a zone along Mid Wharf Street for future development – an important objective to enable this urban block to eventually have activity on more edges.” 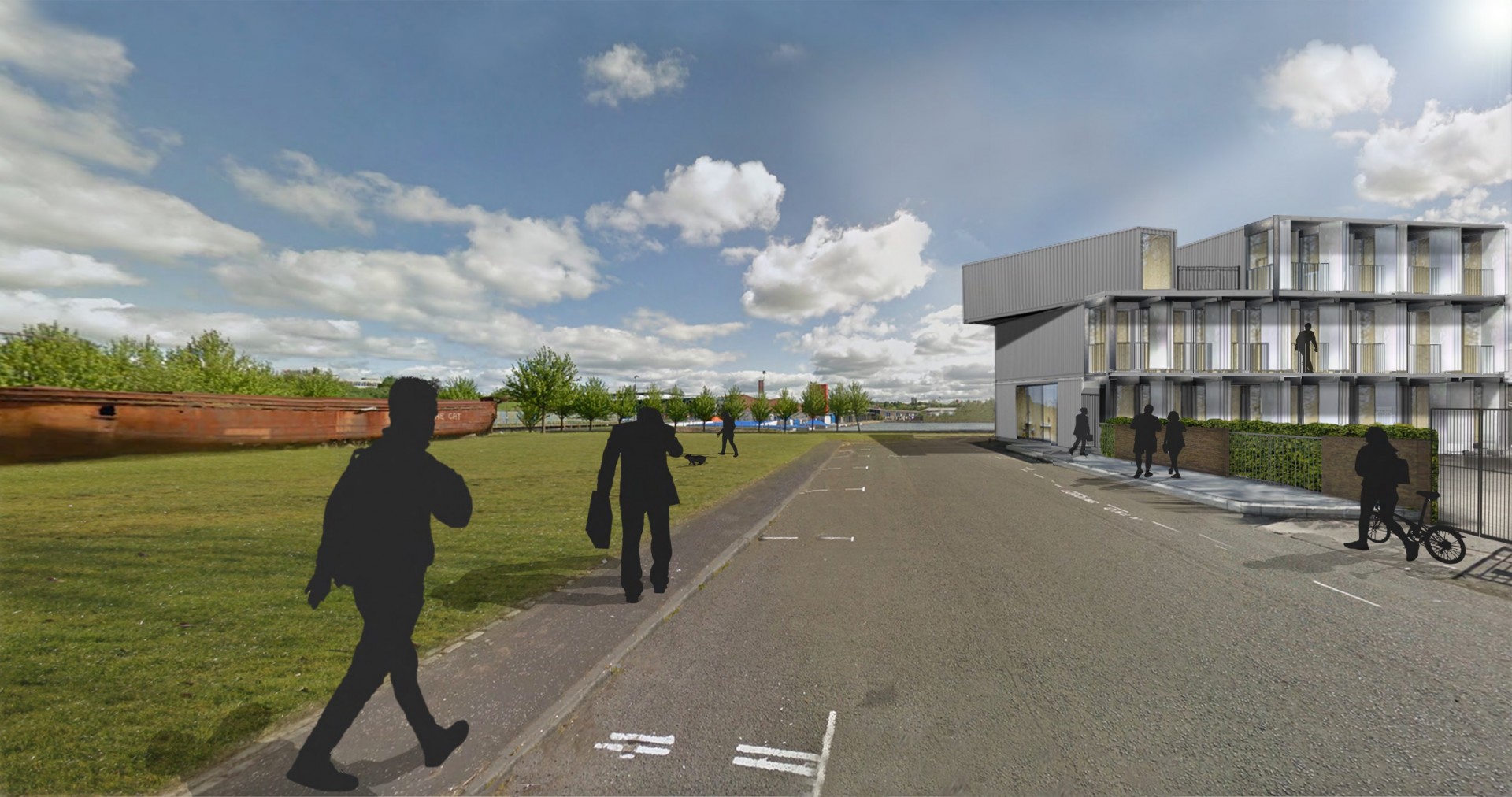 It added: “The new building marks the terminus of Payne Street where it connects with the [proposed] improved pedestrian and cycle route along the canal. The end unit on the top floor is fixed in a cranked position, acting like a sentinel.”