A new form of cleaner and cheaper temporary power, utilising the latest gas microturbine technology from California, is being launched by SSE Enterprise and Pure World Energy.

The companies claim the semi-permanent power solution will help developers cut costs and emissions thanks to its modular gas micro-turbine technology capable of providing onsite temporary or medium-term power that is ultra-low in nitrogen oxides and sulphur oxides emissions.

The technology comes from US clean micro turbine systems manufacturer Capstone, which has deployed over 9,000 such units globally. Capstone’s microturbines have been developed to pass strict California emissions levels, and have already provided power in varied locations such as remote oil fields and mines.

With London is leading the way by introducing an Ultra-Low Emission Zone (ULEZ), SSE Enterprise believes the Capstone microturbines are ideally positioned to meet the new emissions thresholds.

Likewise, these intermediate power solutions will also help in cities where the Grid is ‘constrained’ ie where the electricity transmission system is unable to transmit power to the location of demand due to congestion at one or more parts of the transmission network. In Dublin for example, the current high levels of development and consequent demand for power is putting pressure on the Grid, causing potential delays to projects in the city.

Neil Kirkby, managing director of SSE Enterprise, said the units would offer “total flexibility” to the user, in terms of modular load matching and financial proposition for power requirements from 30kVa to 30MVa. 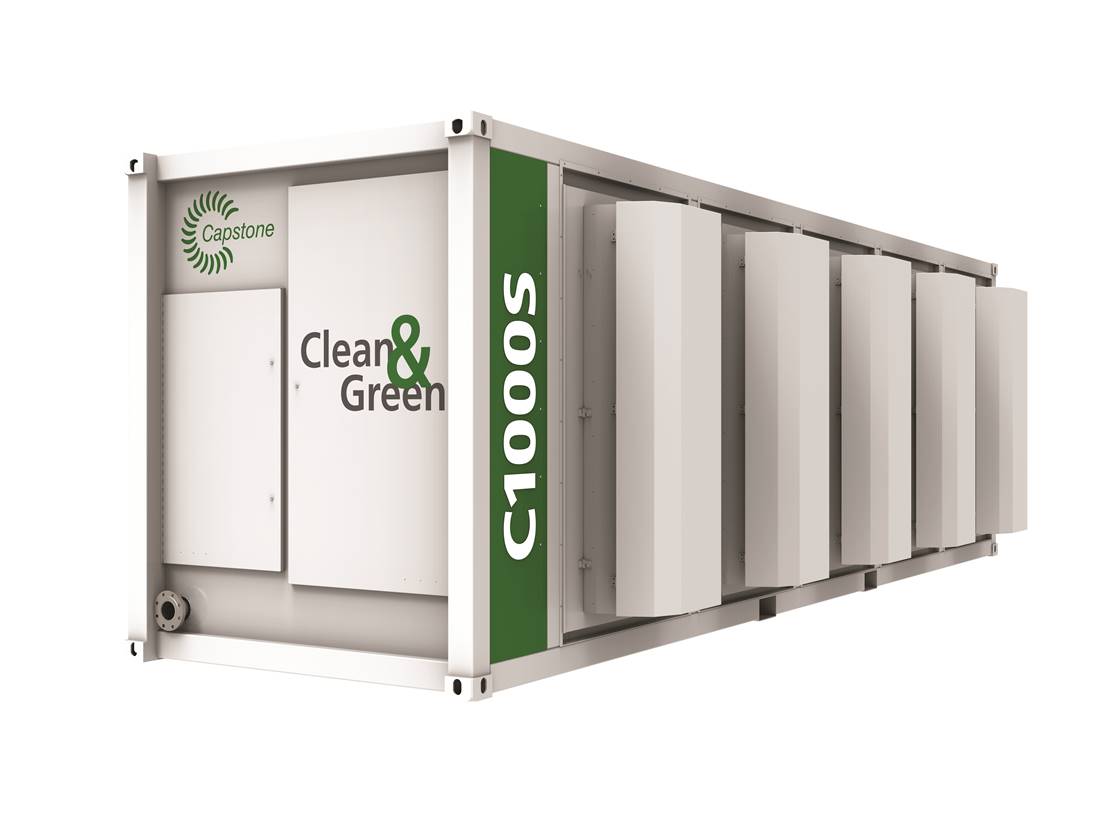 He said: “We believe that the ability of our product to reduce emissions from generation is potentially game-changing. Until now construction companies, developers and manufacturers have had to rely on diesel generation to meet their onsite needs. New tough emissions targets make this hard for developers, who still need to meet demand for their temporary generation.

“Demand for new city infrastructure has never been greater. But constrained power networks are now effectively becoming a barrier to development, not least because it can take two years for a Grid connection to be delivered. This means potentially large energy users can’t access readily the energy they require to meet demand.

“We’re looking to solve both these issues by providing a cleaner source of electricity from temporary generation tailored to meet the demands of the customer and the regulator. This is a new application of containerised micro-turbine gas technology in the UK that is already proven across the globe.”

Sean Fitzpatrick, CEO of Pure World Energy (PWE), added: “PWE is delighted to partner with SSE to launch our semi-permanent power solution. Our Capstone micro turbine technology offers a clean, efficient and effective model for medium-term electricity supply. We are offering a hybrid ESCo model that will give customers cost certainty and greater reliability.

“Given the amount of focus we are seeing in the UK & Ireland on reducing pollution in our cities we think this is a very timely market intervention. We hope that many businesses will be able to benefit from these units – especially when they face constrained grid issues.”