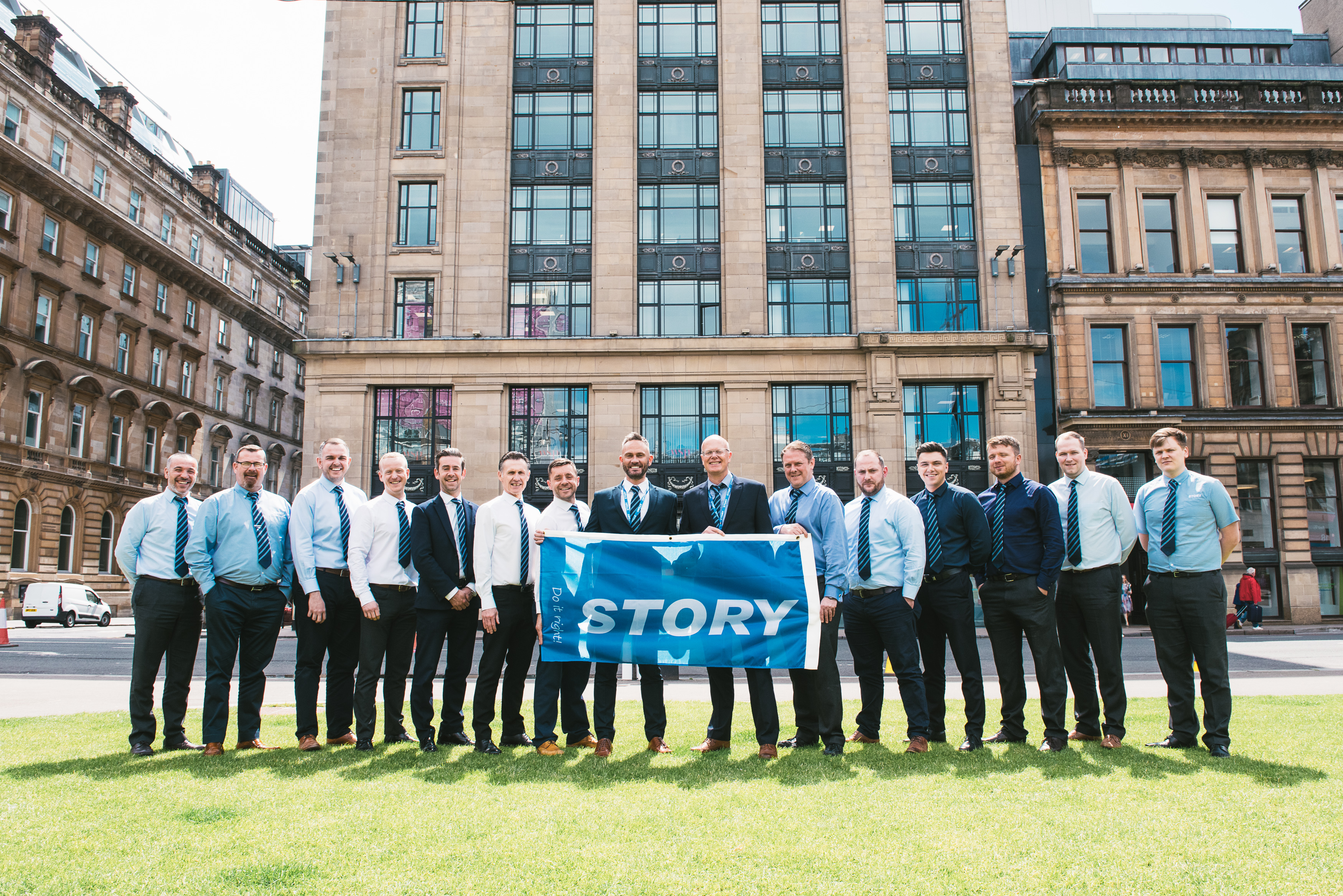 The new Framework Office has been established in partnership between Network Rail and Story Scotland, a division of Story Contracting, to deliver a framework contract worth up to £135m of renewal and enhancement projects in Scotland over the next five years.

Situated in George Square, the new office will help Story Scotland and Network Rail complete a wide range of projects on Scotland’s railway – from replacing and refurbishing structures to delivering improvements at stations, including three underbridge projects in the city centre.

John MacArthur, managing director for Story Scotland, said: “The opening of this new office is a testament to the strong collaborative relationship we have been building with Network Rail since the division was first established in 2014.

“This new shared space will come as a huge boost for both companies, allowing us to work closely together as one team, driving forward safety and efficiency throughout the delivery of the Framework.”

He added: “I’m delighted with how Story Scotland has grown from its humble beginnings; growing from just 6 to over 140 employees. It truly is an exciting time to be a part of Story Scotland with our expanding footprint and growing bank of work in the rail and civils sector across the region.”

The new Glasgow hub will be the third Scottish base for the growing company, with an office established in Uddingston and a depot in Edinburgh.