Cabinet secretary for transport, infrastructure and connectivity, Michael Matheson, was on-site yesterday to break ground on the new bypass which will be built to the north of Maybole.

The project will involve the construction of 5km of carriageway with associated junctions and will include opportunities for overtaking. Work will also be required to tie-in the new bypass to the existing A77 trunk road.

Mr Matheson said: “I am delighted to be here in Maybole today to mark the start of this project which has been long awaited, particularly by the local community.

“The project will deliver benefits for both road users and the local community and builds upon the significant investment already delivered across ten improvement projects on the A75 and A77 since 2007.

“The Scottish Government is committed to having a safer and more efficient transport network and the start of work today is another step forward to delivering this for the people of Scotland.” 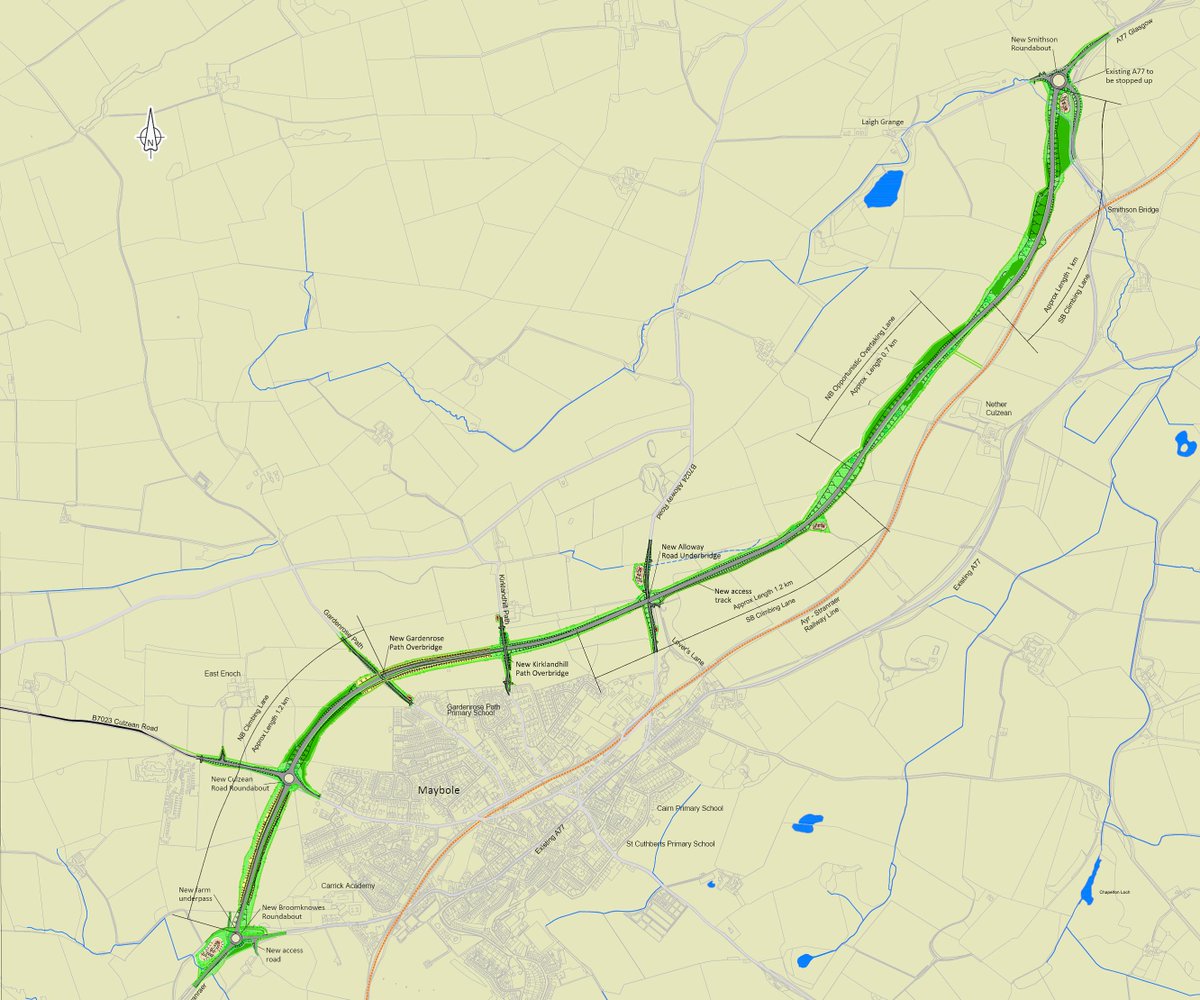 On completion, the Maybole bypass will separate local traffic from those travelling longer distances, including to the port of Cairnryan.

There will be opportunities during construction for small and medium enterprises, including local businesses, to bid for subcontractor roles and the provision of at least four vocational and seven professional, site-based training opportunities. It is estimated that the project could employ up to 165 people during peak construction.

The Maybole bypass is expected to open in summer 2021.