Stirling Council has given conditional approval to £100 million plans to build around 800 new homes near Bannockburn. 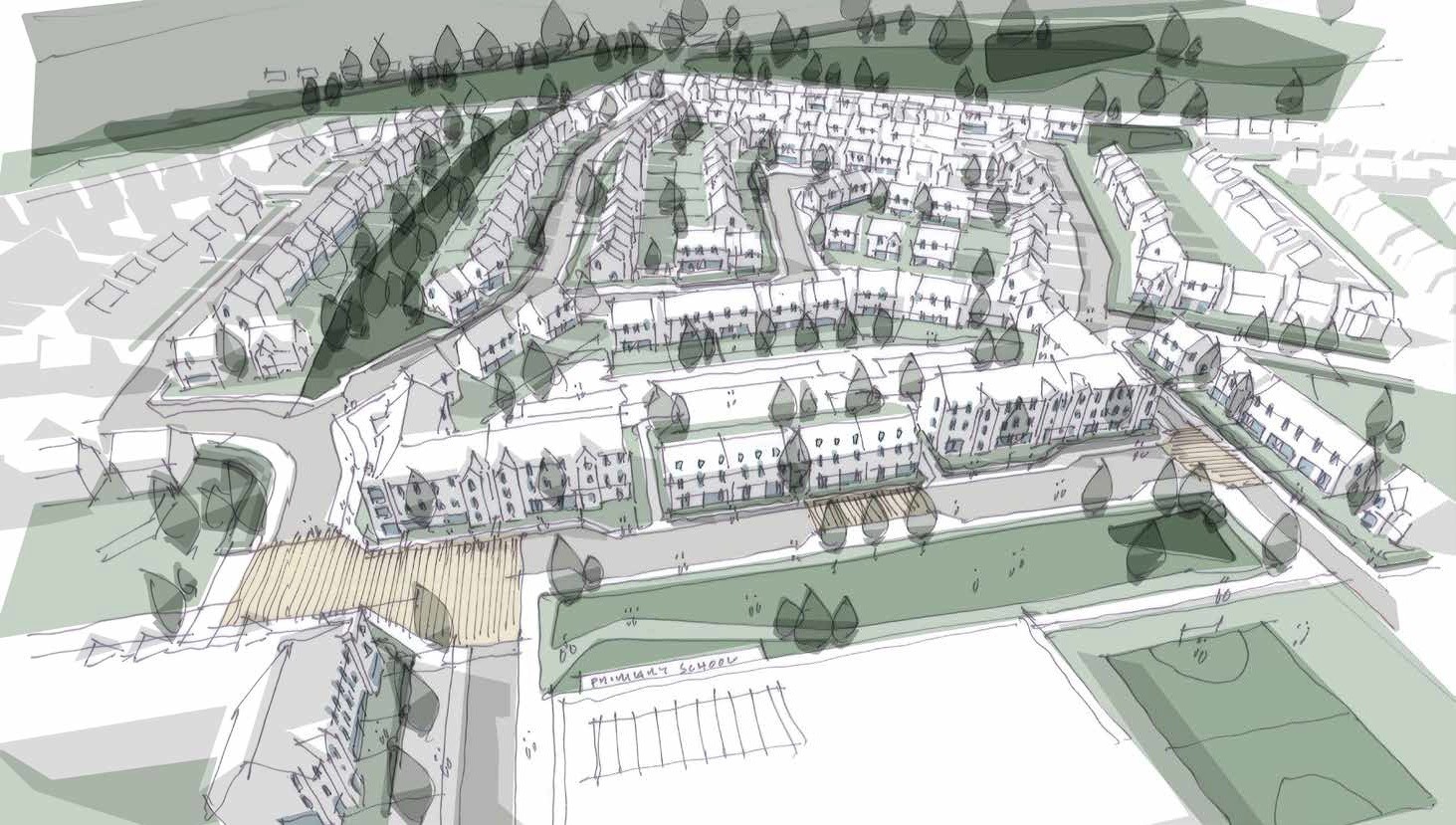 Tulloch Homes and Persimmon Homes were seeking planning permission in principle for the major development on land next to Pirnhall and Bannockburn.

The proposals include up to 800 new homes, 25% of which are affordable, as well as local retail/commercial uses, a primary school, park & ride and golf facilities.

Last week the local authority’s planning and regulation panel approved the plans, subject to a full application and a Section 75 Agreement.

Recommending the application be approved, council planners said: “This proposal generally conforms to the details of the masterplan but there are some significant changes.

“Not only are new junction arrangements proposed at A872 Glasgow Road and A91 but this proposal does not include the upgrading of the existing Pirnhall Road. Instead it seeks to only utilise sections of Pirnhall Road, leaving the majority of it as a pedestrian and cycle way.

“A new road is proposed to the north of Pirnhall Road to serve the residential development within the site.”

“The development of a purpose-built new primary school and the creation of thousands of jobs can only be a positive for Stirling.”

George Fraser, chief executive of Tulloch Homes, said: ”We have been liaising with Stirling Council for over ten years with a view to playing our part in achieving their commendable vision of a South Stirling Gateway.

“It’s extremely pleasing to bring this to fruition by securing planning consent for this ambitious development in our 95th anniversary year.

“This is a shovel-ready project of major inward investment to the Stirling area.”

Brucefields Family Golf Centre, owned and operated by Tulloch since 2004, will now be the latest Scottish golf club to close as the nine-hole course’s land will be used for new housing. Membership has declined sharply in recent years and the land has been zoned for housing in the Local Development Plan.

The site is anticipated to be opened up for construction early 2021.

Mr Fraser said the Gateway project has been shaped by a framework of national and local planning policies and advice in creating successful, sustainable places.

This framework, he pointed out, recognises the contribution which well-designed development plays in contributing to this aim.

At the same meeting, the panel also gave conditional approval for a significant office development next to the River Forth at Kildean.

These plans include a three storey office building, parking for 280 cars, coaches and cycles as well as extensive landscaping and planting to create green infrastructure and encourage biodiversity.

The application was approved subject to a number of conditions, the conclusion of a Section 75 Agreement or an alternative agreement to secure financial contributions to the City Area Transport Plan, and the delivery of the pedestrian/cycle paths.