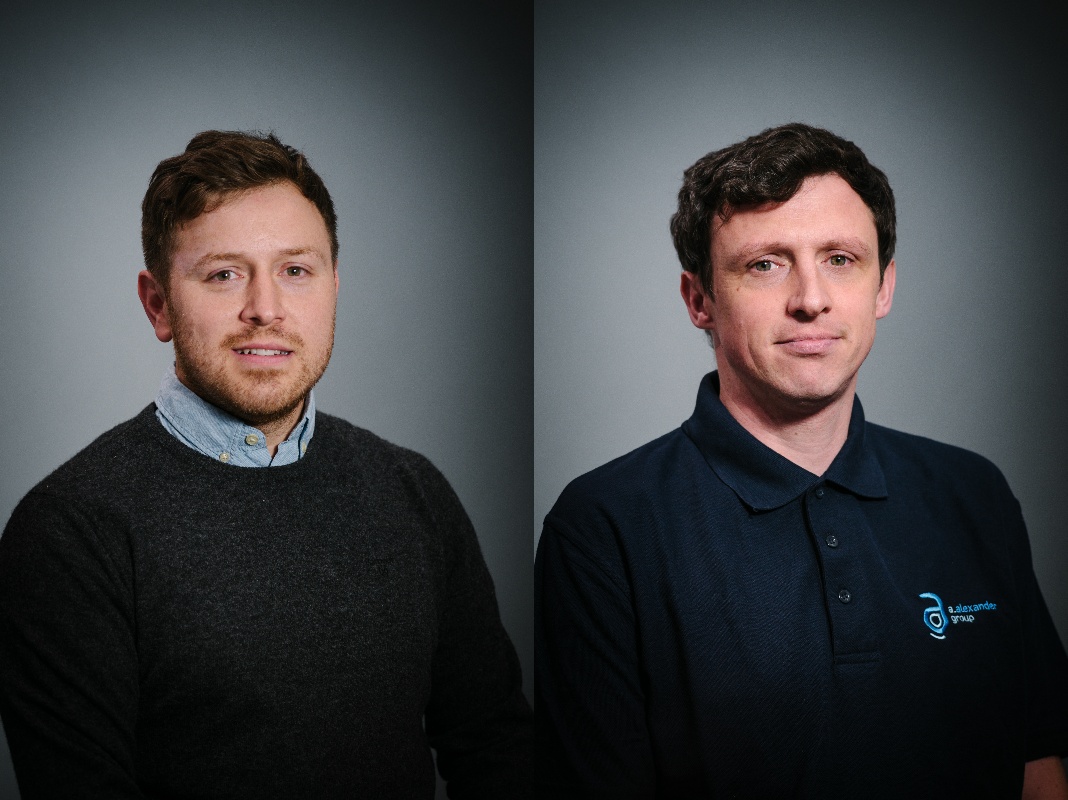 The family-owned business specialises in large-scale commercial and domestic electrical services, as well as fire and security, throughout the UK and has enjoyed significant growth in the past three years.

Gordon has been with the business for 15 years originally working as a buyer and then going on to qualify as an Electrician. Taking up his new role, he will be responsible for the reactive and planned maintenance of domestic and small commercial projects.

Previously a service engineer, Alex will be responsible for managing the installation and maintenance of commercial and domestic fire and security systems.

Stewart Alexander, managing director at A Alexander Group, said: “As the business continues to go from strength to strength it’s vital that we have the right team in place to ensure diligent project management. Both Gordon and Alex are experienced in all aspects of the business and ideally placed to support their teams to deliver on quality and customer service.”

Based in Glasgow’s southside, A. Alexander Group is a family-owned business and operates four divisions specialising in commercial and domestic electrical services, mechanical services and fire & security services.

Founded in 1962 as a father and son electrical company, it has grown into a multi-disciplinary businesses working on large scale projects including the new low carbon Danfoss Innovation Centre in Edinburgh, the £50 million Belgrave Logistics Park in Bellshill and numerous care homes across the UK.