Aberdeenshire councillors disappointed over timing of A96 dualling consultation

Transport Scotland has been urged to extend its consultation into the preferred dualling option of the A96 Aberdeen to Huntly route. 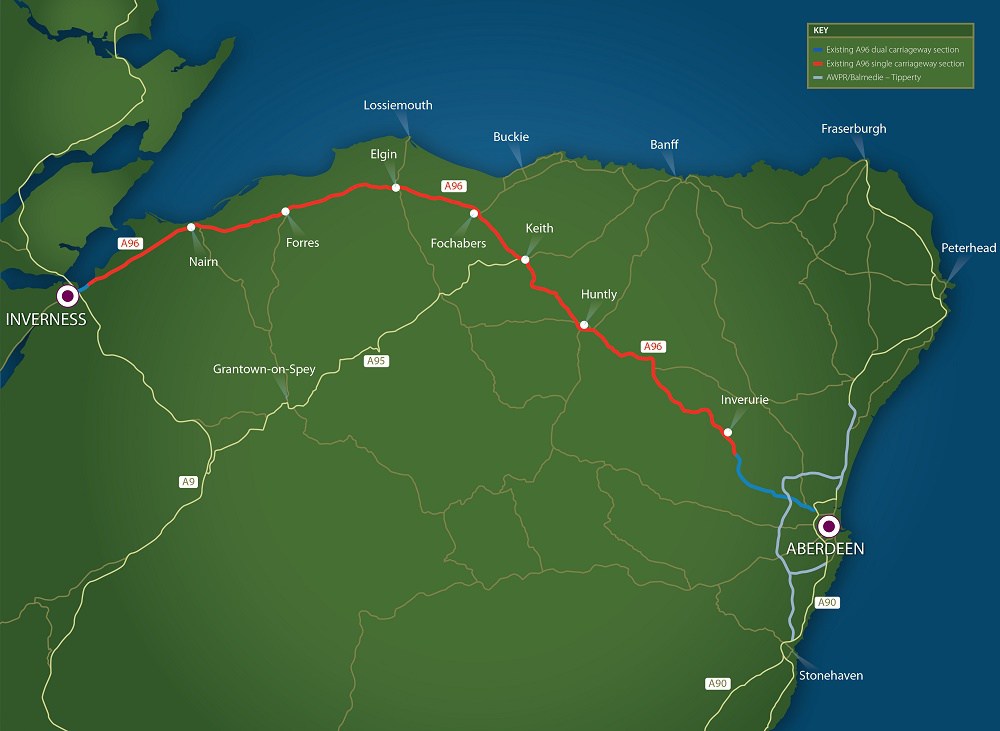 Aberdeenshire Council’s infrastructure services committee expressed its disappointment over the timing of the consultation having been launched just days before Christmas.

Committee chair Cllr Peter Argyle said he had issued a strongly-worded letter to cabinet secretary Michael Matheson seeking an extension to the February 15 deadline to give more time for responses to be made both from the community and the council’s Garioch and Marr area committees.

Councillors considered and provided comment on the issues arising from the identified route and agreed to delegate the final submission of the consultation response to the interim director of infrastructure services. Among comments were calls for more information to be provided on the impacts on the local economy, Inverurie town centre and the A947 and greater transparency around the project’s carbon footprint to allow the public to understand the implications of the development in terms of carbon budget figures.

“Given the huge impact the proposed new stretches of road will have on their lives, it is only right that they have adequate time to respond to the consultation in full.

“This is why I have written to Transport Scotland to ask that they extend the consultation period. I hope that they will agree to do so.”

A spokeswoman for Transport Scotland said: “As for all Transport Scotland’s major infrastructure projects, consultation is an integral part of the design process for the A96 Dualling East of Huntly to Aberdeen scheme.

“Given the festive period and the current Covid restrictions, we have extended the usual feedback period by two weeks to eight weeks. We therefore do not intend to extend the feedback period further. However, any feedback received following this date will still be considered as we take forward the next stage in the design process.

“We would encourage anyone interested in our plans to view the virtual exhibition and give us their views.

“As we develop the preferred option in greater detail, individuals, communities and businesses affected by the work will be kept fully informed and their feedback carefully considered.”