Adjudicators: off on a frolic of their own? The line between legitimate use of experience and a breach of natural justice 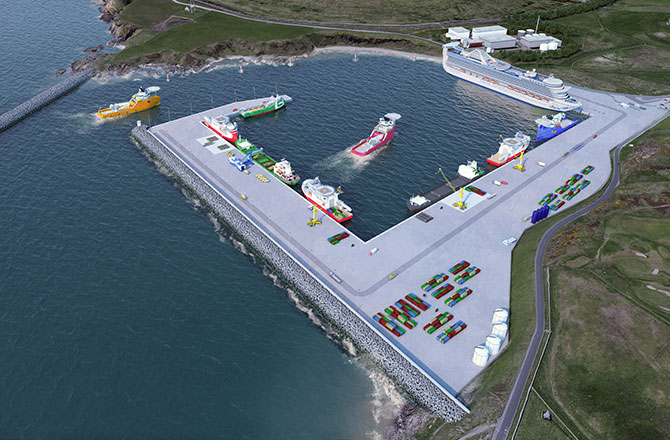 Dragados withdrew from the £350m Aberdeen harbour project in June 2020

It is unusual these days to see a successful challenge, on the grounds of natural justice, to an adjudicator’s decision. There has to be a good reason for the courts not to grant enforcement. Most challenges fail.

However, a successful challenge has recently been reported in Scotland.

The case in question relates to the Aberdeen Harbour Expansion Project. The dredging sub-contract for the project between Van Oord UK Limited (Van Oord) and Dragados UK Limited (Dragados) was terminated on 6 March 2020. So far, there have been seven separate adjudications between the parties.

The decision of the adjudicator in adjudication six was challenged on the grounds that there had been a breach of natural justice.

Van Oord argued that it was denied access to the open quay excavation works because Dragados had delayed in carrying out piling works. Van Oord argued this was a compensation event (CEN 048) and sought an extension of time. Dragados said that Van Oord had caused the delay.

The adjudicator did not fully accept the view of either expert. Instead, he selected a 15 March 2019 baseline programme. That programme had been considered but rejected by both experts. The adjudicator then reworked the analysis and concluded that the critical delay date for CEN 048 was 31 July 2019. This was two days earlier than the date proposed by Van Oord. In short, the adjudicator used a baseline programme that both parties had rejected and did not canvass the views of either party in relation to the critical date, nor the consequences of selecting it.

Van Oord, on the other hand, argued that the adjudicator was entitled to adopt an intermediate position between the parties’ cases.

The courts are generally reluctant to set aside an adjudicator’s decision. The need to have the “right” answer in an adjudication is subordinate to the need to have an answer quickly (Carillion Construction Ltd v. Devonport Royal Dockyard Ltd [2005] EWCA Civ 1358). However, enforcement will be refused if the adjudicator has acted contrary to the principles of natural justice.

Bringing these principles together, Lord Braid decided that the acid test is: when an adjudicator has departed from the four corners of the submissions made by the parties, was it fair not to seek further submissions?

As such, fairness demanded that the adjudicator should have given the parties a further opportunity to address him. This would have allowed Dragados the opportunity to advance its time bar argument, which was not otherwise available on the date range submitted by the parties and their experts. In short, there was an opportunity for injustice to be done.

Lord Braid therefore decided that there had been a breach of natural justice and reduced the adjudicator’s decision.

Time is short in an adjudication process. Fair play is therefore extremely important. The message for adjudicators is that, if they intend to take a different approach to the one being put forward by the parties, the safe course is for the parties to be given the opportunity to comment on it. Otherwise, the adjudicator’s decision may be unenforceable and the parties may have to incur the considerable expense of starting again.