Fife Council has received plans to build new student accommodation in St Andrews, easing the pressure on housing stock in the university town. 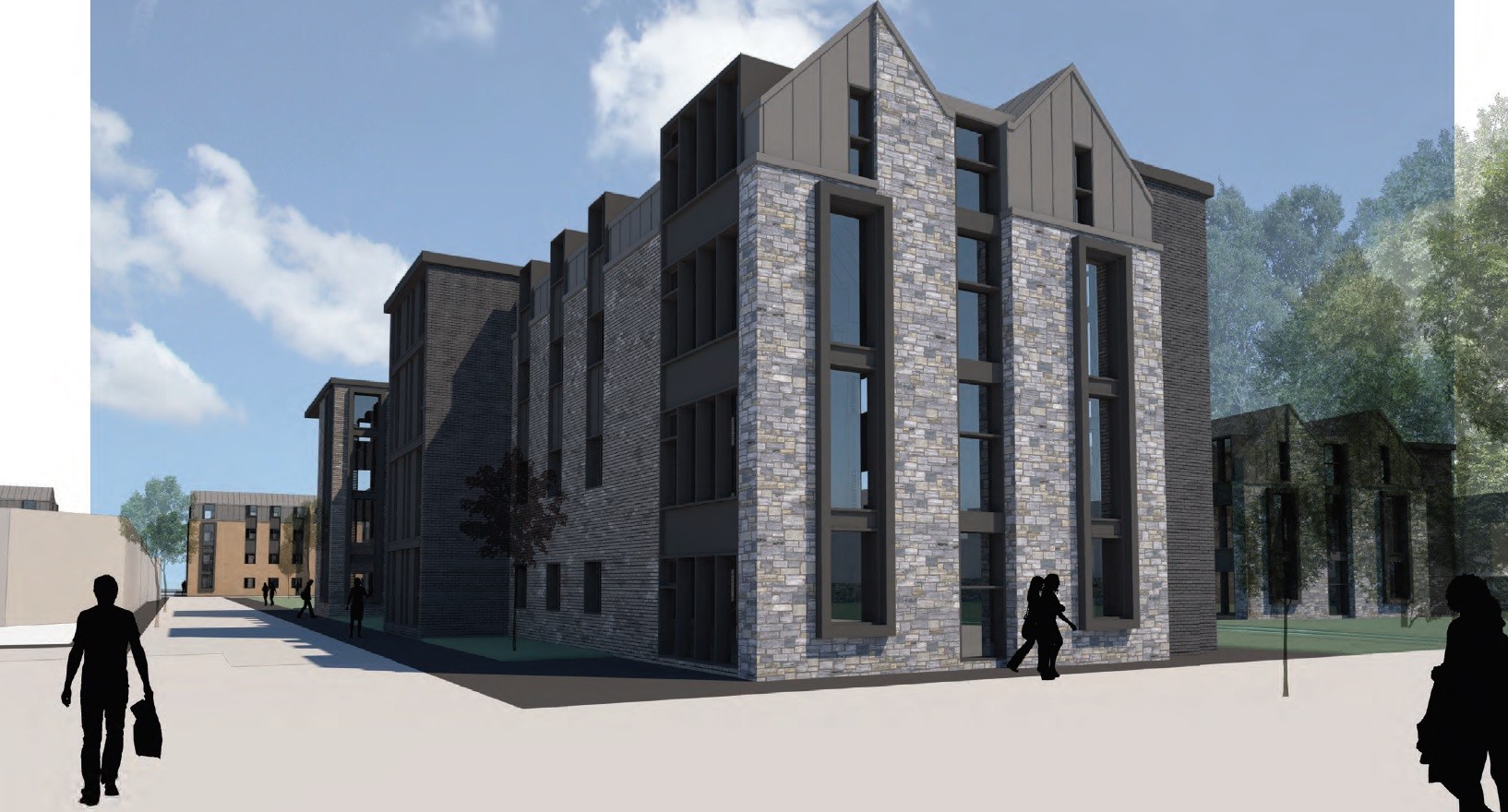 The revised proposals would provide 748 student beds at Albany Park, seen as the centrepiece of a £100 million investment in student accommodation over the next few years that will create 1,000 new bedrooms over and above the 4,000 already provided by the university.

Since an initial blueprint was submitted in October last year, the £70m development at Albany Park has been reviewed and proposed bed numbers have been cut from 900 in response to concerns about flood risks.

The developers have also altered the scale, height and mass of buildings, dropping by one floor on some, while changes to the design, including more pitched roof details and additional gables, have been added to reflect the prominent St Andrews historic architecture.

The near 20% cut in bed numbers has secured more space for landscaping and the recreation of historic Woodburn Square, which was a feature at the site for hundreds of years, The Courier reports.

Ben Stuart, the University’s director of residential and business services, said: “The development at Albany Park is central to the university’s strategy to provide more student accommodation for our students and ease the pressure on the housing stock in St Andrews.

“The new Albany Park will provide around 750 high quality student beds in an attractive landscaped environment and has the potential to revitalise the eastern area of St Andrews.”

The University’s strategy sets out a commitment to reduce its impact on the town, through the provision of purpose-built student accommodation (PBSA) which is operated and managed by the university.

Half of the student beds at Albany Park will also be classed as affordable accommodation.