Ailsa Thomson: Community Rights to Buy - where are we now? 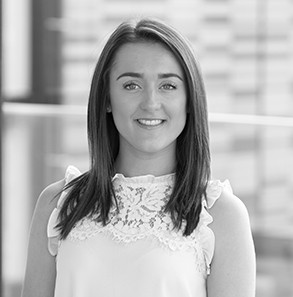 As part of the Scottish Government’s policy to empower communities and ensure people benefit more fairly from Scotland’s land, on 26 April 2020 the right to buy land to further sustainable development under Part 5 of the Land Reform (Scotland) Act 2016 will come into force.

The right to buy land to further sustainable development is a new right to buy which adds to communities already fairly significant powers, and is an additional mechanism to ensure the aspirations and concerns of communities are taken into consideration.

Currently, communities can acquire land under Part 2 of the Land Reform (Scotland) Act 2003. This Community Right to Buy is a pre-emptive right that gives communities who have successfully registered a community interest in the land the right of first refusal should the seller decide to put the land up for sale.

When it comes into force later this year, the Right to Buy Land to Further Sustainable Development (Scotland) Regulations 2020 will give community bodies another right to buy land if they can demonstrate that the main purpose of the community body is consistent with furthering the achievement of sustainable development. If successful in their application, the community body would be granted an absolute right to buy, even if the land is not for sale, meaning landowners could be forced to sell.

In order for community bodies to be successful in an application, all of the following conditions must be met:

Like the AND CrTB, the application will not be successful unless the community body has tried and failed to agree a deal to buy the land.

Even with community ownership on the rise, it is interesting to note that since the AND CrTB came into force in June 2018, there have been only two AND CrTB applications lodged by one community body in Helensburgh. Despite an initial nervousness surrounding how these new rights to buy would impact developers and landowners, there has not been a great uptake.

With another new right to buy being introduced, developers may again be concerned about the impact this may have on potentially lucrative development sites. There is similar concern for landowners as the regulations provide another mechanism where they could be forced to sell land they do not wish to sell.

In reality, although the new regulations give communities significant power and rights, it may be that the onerous conditions that require to be satisfied will prevent the promotion of community engagement taking priority over private development. As always, only time will tell how much the new regulations will be utilised and whether it will have an impact on Scotland’s property developers.