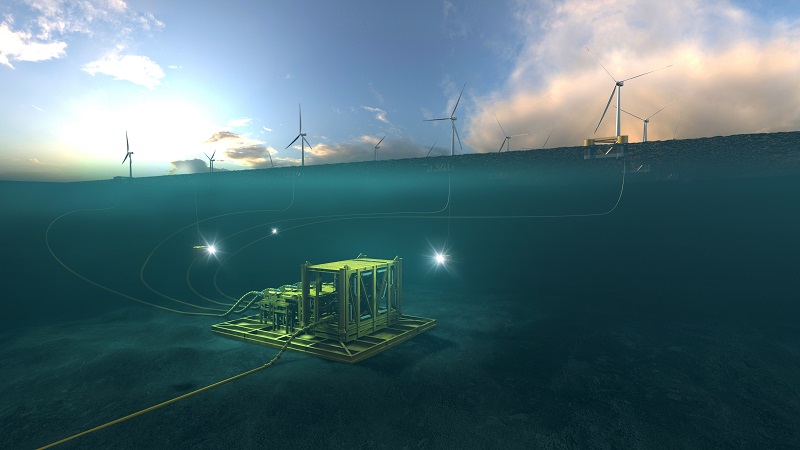 The multi-million subsea innovation would be developed, manufactured, and supplied in Scotland by Aker Solutions and provide major export opportunities for Scottish businesses.

Substations – which help move the energy created by wind turbines into homes and businesses – are traditionally installed above sea level but moving them down to the seabed brings several reliability and cost benefits. For example, the seawater can be used as a natural cooling system, while reliability is increased through stable temperatures, fewer components and no rotating parts. In addition, operational costs can decrease by less maintenance and reduced material use.

The project would be delivered as a part of the ScotWind licensing process, for which Aker Offshore Wind has teamed up with Ocean Winds to submit a series of floating bids which could deliver up to 6,000MW of energy in the Outer Moray Firth. It would be by far the UK’s biggest wind energy development and power millions of homes with renewable energy.

Aker Offshore Wind’s heritage and experience working in the North Sea with subsea technology means it would create jobs, economic opportunity and deliver major environmental benefits. Aker Solutions, a sister company of Aker Offshore Wind and a key supplier to UK wind projects, is a frontrunner in developing subsea substations and related power system designs. The company would support the delivery of substations from its Aberdeen facilities.

The ScotWind bids for floating offshore turbines allow green energy to be delivered at scale, in deep waters and many miles off coast. The joint bids from Aker Offshore Wind and Ocean Winds will also help Scotland’s economy to transition to renewable energy.

The Aker group of companies, of which Aker Offshore Wind is a part, has supported the energy industry in the UK for over five decades and has been instrumental in the design and deployment of more than half of all semi-submersible offshore installations globally.

In taking offshore wind to deeper waters, Aker Offshore Wind is using its expertise to reduce costs of generating electricity in the harsh seas and rough weather conditions off the UK, contributing to net zero and security of supply.

Floating offshore wind is the latest advent in renewable energy technology. Around 80% of the world’s wind resources are in waters deeper than 60 metres and are unsuitable for fixed foundations.

Sian Lloyd-Rees, managing director of Aker Offshore Wind UK, said: “This is a world-leading innovation that would be developed, manufactured and supplied in Scotland.

“Both the Aker group and Ocean Winds have the necessary heritage and experience to deliver this at scale.

“We know the benefit is there – it will revolutionise how energy is produced and present Scotland with the opportunity to export genuinely innovative technology to the rest of the world.

“This technology would be supported by tens of millions of investment and work would start next year.

“It’s a proven technology that we are now using to ramp up the role of renewables in Scotland.

“Our vision is for the UK to become a global leader in floating offshore wind, contributing to our net zero mission with green energy at scale.

“Through innovation, we have the opportunity to implement new technology in the ScotWind leasing round, making Scotland and the UK a global leader in subsea solutions for floating offshore wind and exporting the technology around the world.”

Dan Finch, managing director of Ocean Winds UK, said: “Ocean Winds has worked at the cutting edge of technological innovation to deliver world-leading reductions in the cost of offshore wind energy generation at our Moray East project with innovations from foundation construction to turbine interconnection.

“The development of subsea substations is another major step forward in terms of using world-leading energy technology from our partners, Aker.

“It will enable construction of wind farms in areas of the seabed which are too deep for fixed substation foundations, therefore facilitating access to cost-effective sites worldwide, even in very deep waters.

“By including this proposal in our Scotwind bid, we can position Scotland at the front of the world’s offshore wind market, with a new, innovative technology, offering the economic opportunities associated with a new product with global demand prospects.

“Our two groups bring together considerable experience of working in the North Sea environment and delivering and operating offshore wind generation, giving us an unrivalled heritage from which to deliver innovation such as this at commercial scale.” 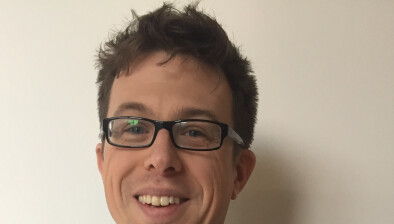 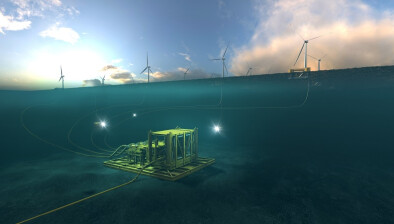 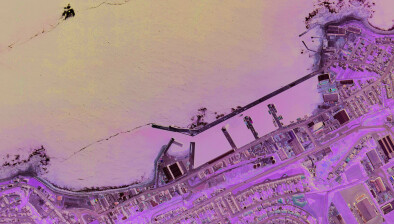