And finally… Brick by brick 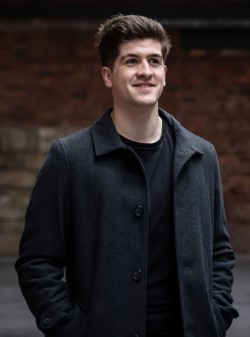 A Scottish architect has created what he believes to be the world’s ‘most expensive’ bricks as part of a £500,000 crowdfunding campaign to help fund an international expansion drive.

Danny Campbell founded HOKO with the objective of creating a ‘one-stop-shop’ experience for homeowners seeking to improve living spaces with the help of architects, builders and a free interior design service.

HOKO expanded across the UK earlier this year, opening new studios run by project architects in Inverness, Bristol, Brighton, Birmingham and two in London, while also adding to its services in Edinburgh and Stirling.

The practice now aims to be able to reach every UK home with its full project service model, by opening 30 new studios, before moving overseas for the first time with a Dublin studio later this year.

As part of the fundraiser, Campbell is selling branded blue bricks, which he claims are the “world’s most expensive” at £25,000 each. The architect has only made 20 of the HOKO Bricks.

He said: “With our crowdfunding campaign, Hoko will become the home architecture firm owned by homeowners.

“We are building something special – and those who own a Hoko brick are right at the heart of it and everything it will become.

“£25,000 may seem a huge amount for one brick, but it is so much more than that. It’s a chance to own part of home architecture’s history and its future.”

The crowdfunding campaign launches next week at hokodesign.com/crowdfunding.