And finally… Bringing character to a neighbourhood

The German city of Mannheim is transforming an area formerly home to a US military barracks with the creation of four letter-shaped residential towers that together will form the word ‘HOME’. 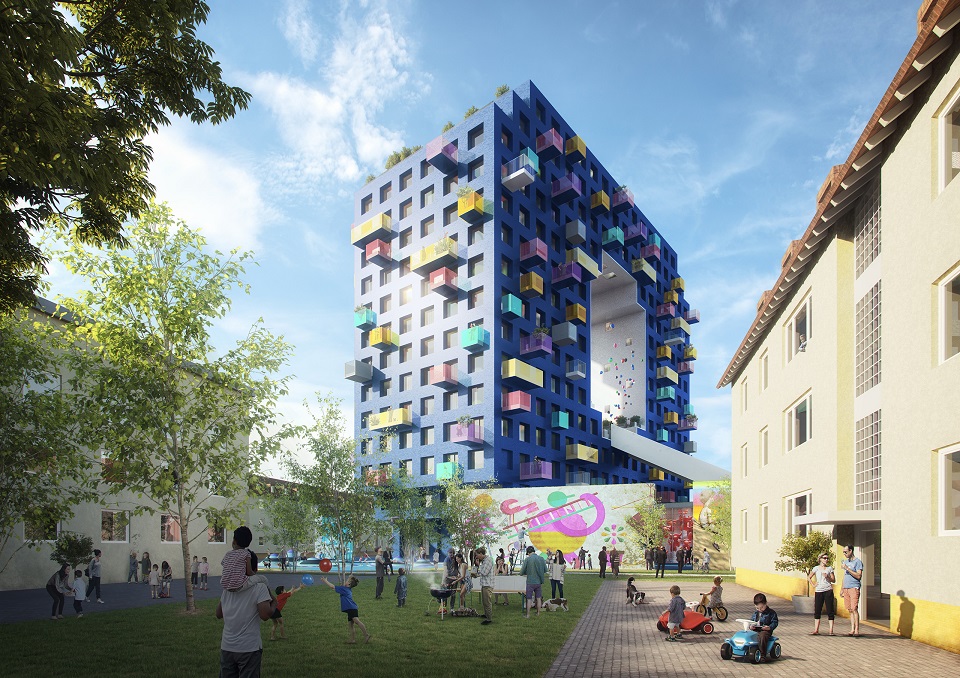 The 15-storey ‘O’ building, which will house a total of 120 apartments, has a unique public terrace in the centre of the building, accessible via a large staircase. This space, conceived as a “neighbourhood lounge”, is designed to be accessible to the community at large, not just the building’s residents.

The ‘O’ is one of four buildings planned for Franklin Mitte, along with the ‘M’, for which plans have also been revealed. When combined with the ‘H’ and the ‘E’, together they will form the ‘HOME’ neighbourhood, described by Dutch architectural firm MVRDV as “a family of residential towers”. 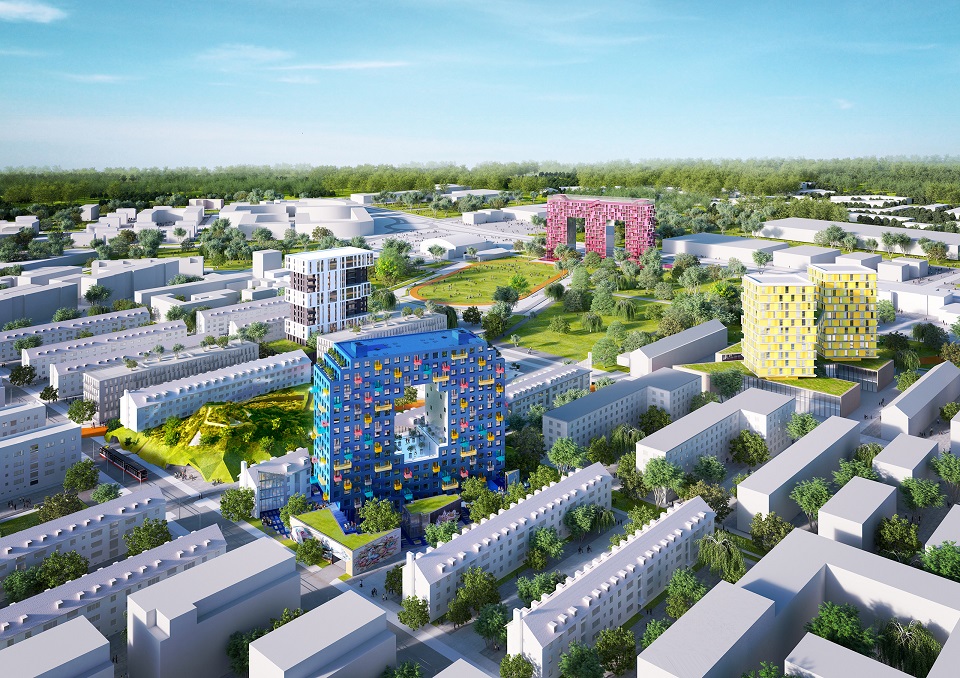 In addition to the four structurally unique buildings, the project will include a central hub, a green hill, and a retail and community area. All of this will reuse the buildings of the military barracks.

“The hill hovers across existing buildings making it a focal point for the development with streets cutting out of it and connecting to the residential areas,” outlines MVRDV, which is responsible for the buildings ‘O’ and ‘M’. The ‘H’, which should see the light of day at the end of 2022, is being designed by another architectural firm, Haascookzemmrich Studio 2050, while AS+P is responsible for the ‘E’.