And finally… Crescent on the Moon

Barratt Homes has teamed up with the British Interplanetary Society (BIS) to uncover exactly how a fully liveable home would look and operate within the hostile environment of the Moon. 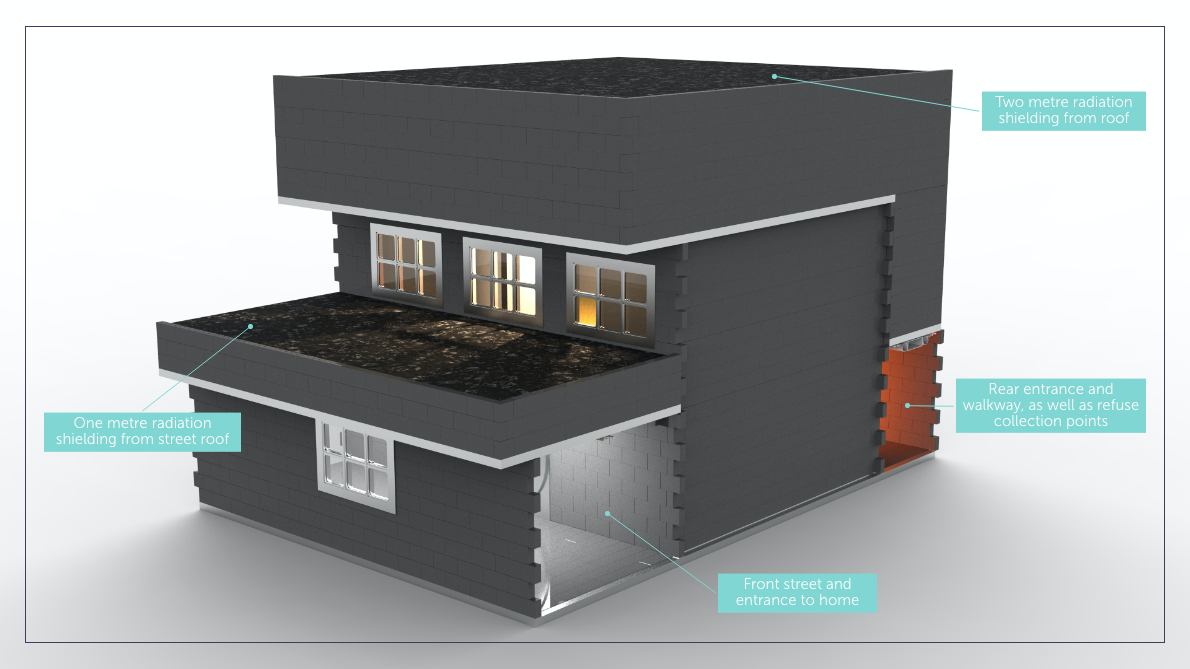 Working with Mark Hempsell, twice president of the BIS with over 40 years’ experience as a spacecraft system engineer, and using Barratt’s architects’ own high-quality living standards, the housebuilder has created a prototype, considering all the necessary requirements needed to protect us from radiation and solar storms, while still functioning as a relatively “normal” home.

The three-bedroom home features a large main bedroom, with an en-suite, as well a separate WC and utilities room. The living space is all open plan, with the first floor containing the kitchen, living room and dining area. 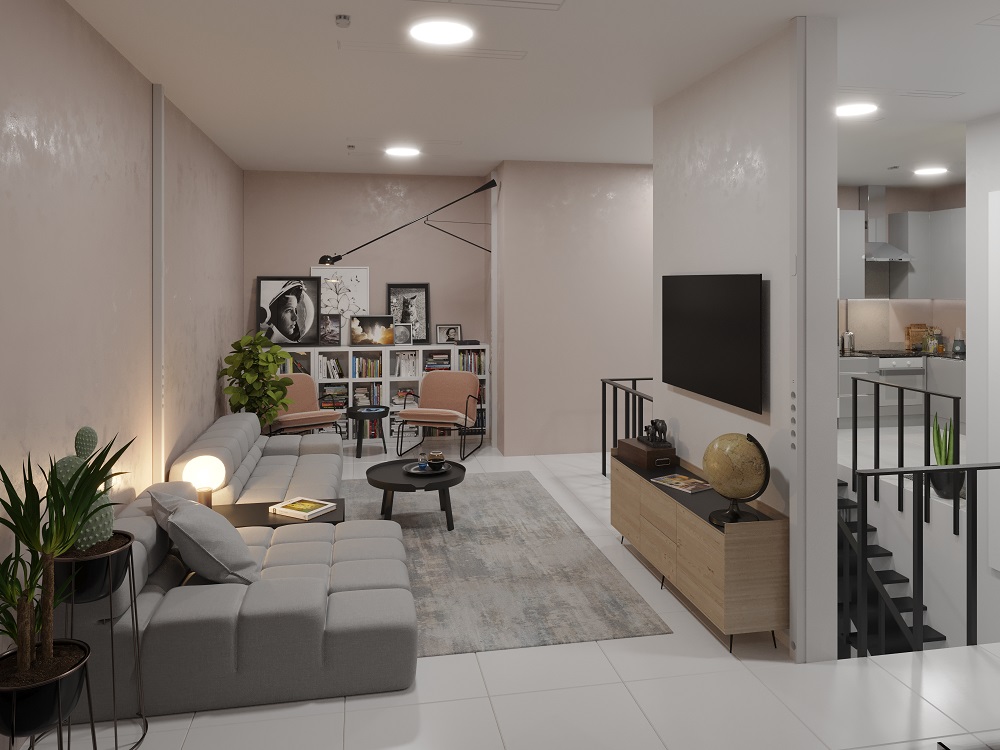 The most significant difference is the switch to living space on the top floor, with bedrooms on the lower. This reversal is in place as people spend significantly more time in their bedrooms asleep than they do in living rooms and kitchens. Therefore, bedrooms require that extra level of radiation protection provided by the first floor and roof.

Amenities would be the same as Earth, without gas, meaning electricity, water, internet and, most importantly, air would be required to enter, and in some cases exit the home as waste. 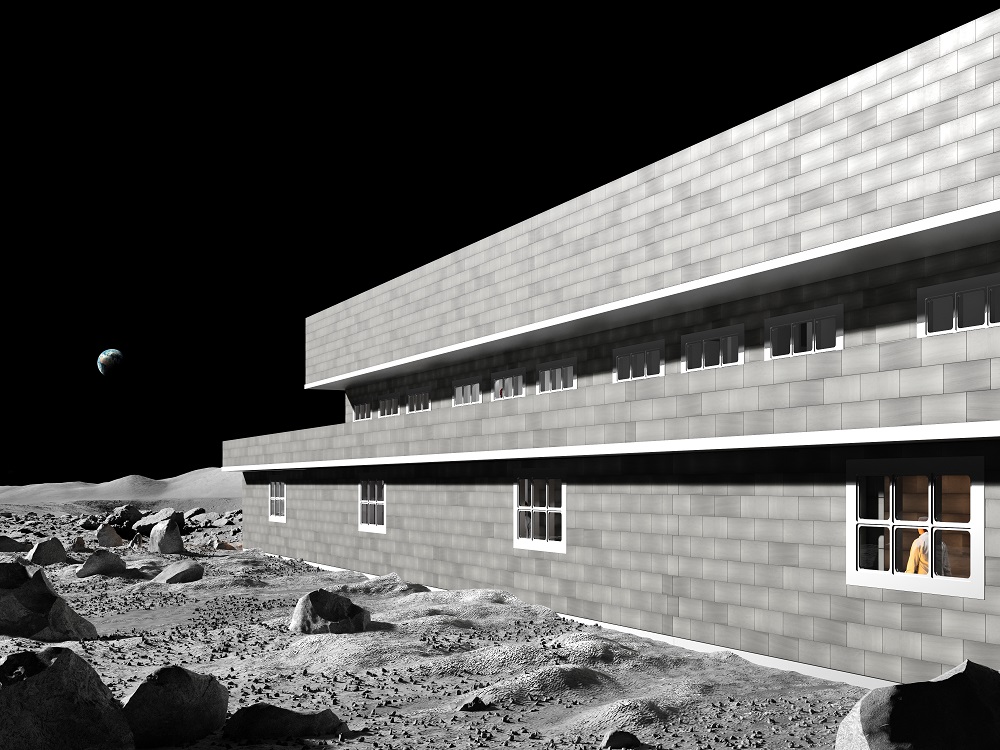 Unlike the more modern apartments or semi-detached crescents you’d find on Earth, Moon dwellings would take inspiration from more traditional terraced housing. This is in place to maximise efficiency, help shield each other from radiation, and offer clear pathways into a centralised hub.

The home itself would be built almost exclusively from resources found on the Moon. Basalt would provide the material for bricks, with each brick 150 mm thick and 300 mm high, providing enough protection from solar storm radiation and safely holding one atmosphere over 3 or 4m. The bricks would be held by 40 mm diameter steel tubes and an aluminium foil would provide sealant between the bricks.

The roof of the home is approximately two metres thick with lunar regolith radiation shielding, while the roof above the street walkways, which can be seen on the first floor, would be one metre thick. 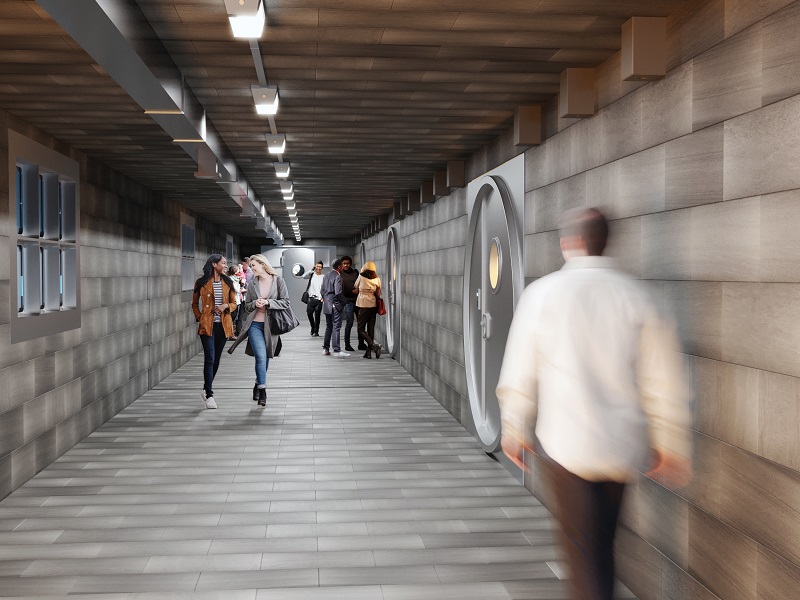 A street would be much different to what we find on Earth, and would be closer matched to subway-like passages, albeit above ground.

These would connect to central hubs, which would effectively operate as town centres, with people working and enjoying leisure activities in these spaces.

This particular street is one of two independent routes into homes, with the other at the rear of the properties. This is a safety measure in case one route is depressurised, with doors then airtight ensuring pressure is maintained in the home and alternate street.

The air supply to the street is provided by the duct running alongside the lighting, while windows provide additional light should the lighting go out, as well as offering views of the landscape. 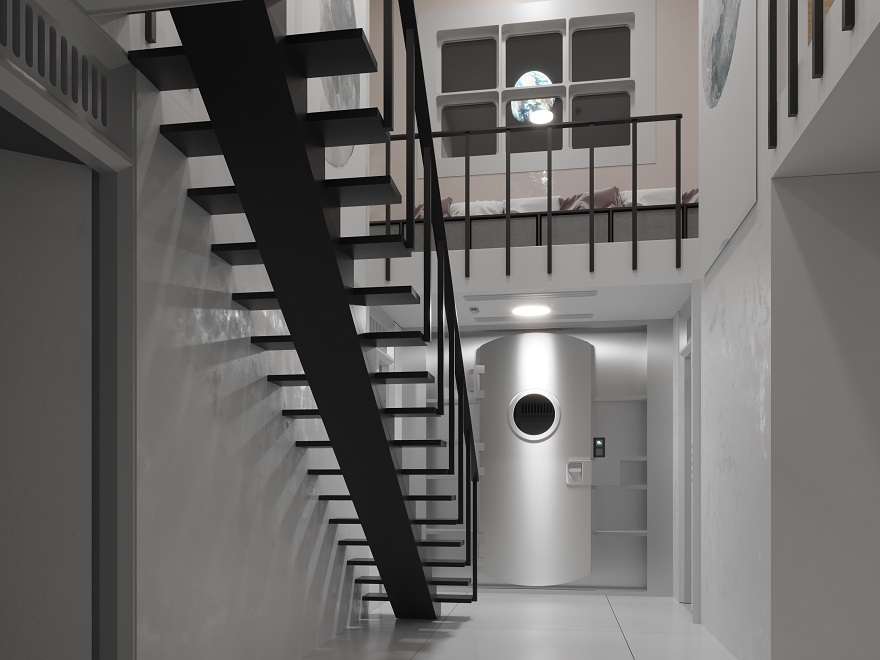 Like any hallway, Moon boots would be kicked off, coats hung and keys dropped. But entering a home on the Moon would be significantly different.

Entrance to the home would come through a pressurised steel door with windows in place to ensure people can assess the situation outside and leave safely. A control panel or data point by the side of the door also aids with this, displaying the air pressure on the other side of the door, alongside linking up to the central hub which would inspect all dwellings and passageways.

The stairs then lead up to the main living space within the home. 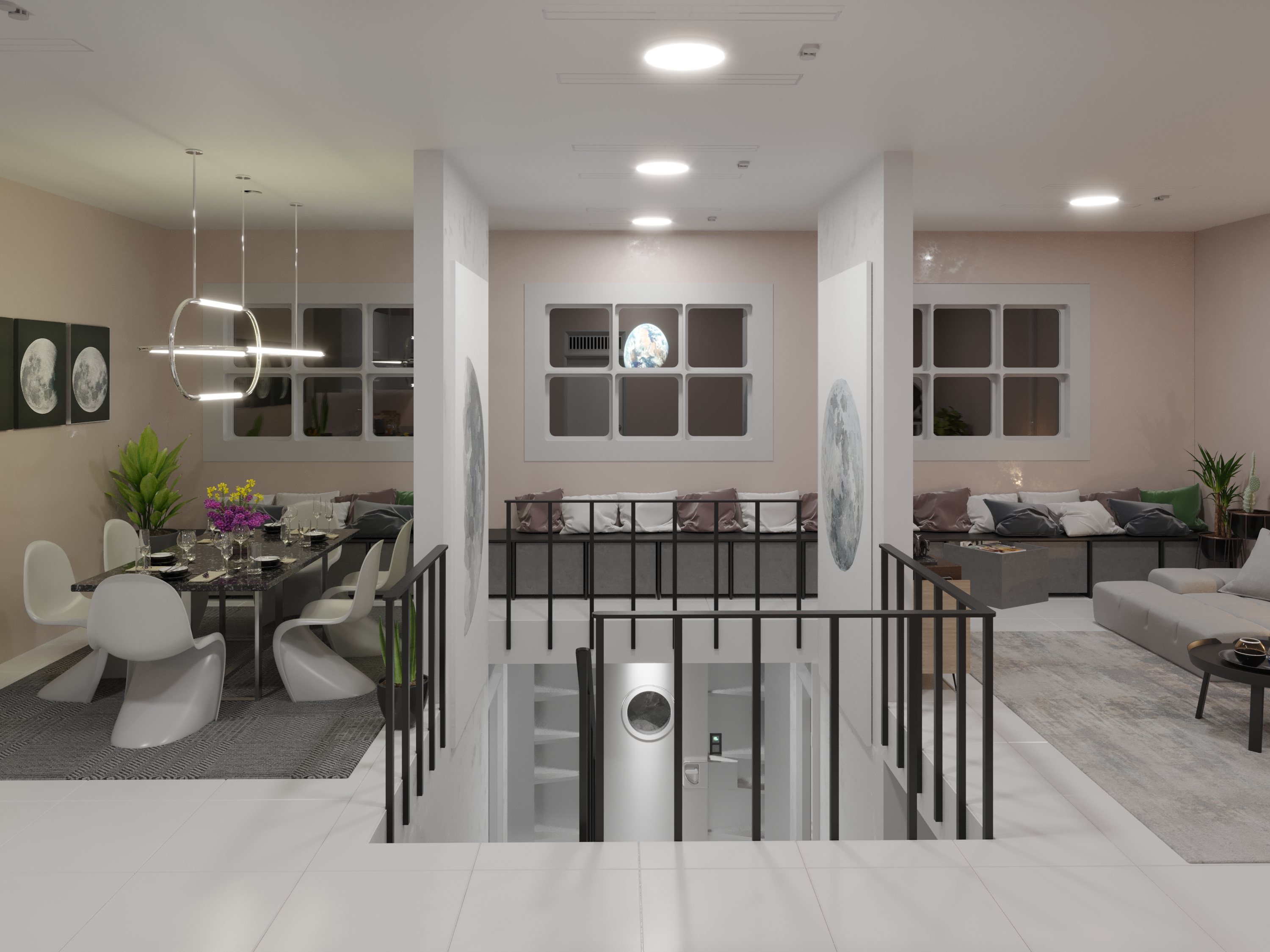 Walking up to the first level and you’re greeted with the living area and kitchen. Living spaces would differ very little to that of homes on Earth. After all, people are going to want to lead as normal a life as possible in their new dwelling.

Windows line just one side of the home and on the first floor only in order to add extra protection against radiation. The living space is therefore the perfect place to offer views across the lunar landscape, and if you’re lucky even be able to spot Earth in the distance. The windows themselves would also likely have shutters to protect against solar storms.

Lunar gravity means that the ceilings must be higher than a regular home, with this prototype offering three metres between floor and ceiling on the first floor, and 2.4 metres on the ground level.

Furnishing a home would be one of the trickiest aspects of living on the Moon. Wood and plastics would need importing from Earth, so would be kept to a minimum, with glass, metals and Moon rock most used in homes.

BIS president Gerry Webb said: “Since a teenager, I have always known that the British Interplanetary Society greats Ralph Smith and Arthur C. Clarke were substantially right in their visionary book 1954 ‘Exploration of the Moon’, in which shows that humans can live comfortably on the Moon because they will have all they need in locally available materials, energy and even food from hydroponic forms.

“Their buildings, while addressing the dangers of radiation and lack of atmosphere will undergo a renaissance of design to embrace the possibilities of low gravity life and great new innovations such as vast underground stadia will be built in which we will indulge our ultimate dream – to take wings and fly! It has been fascinating to revisit what living on the Moon might be like for the families who will make their homes there.” 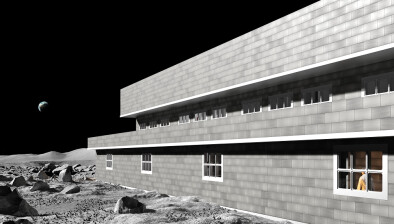 And finally… Crescent on the Moon