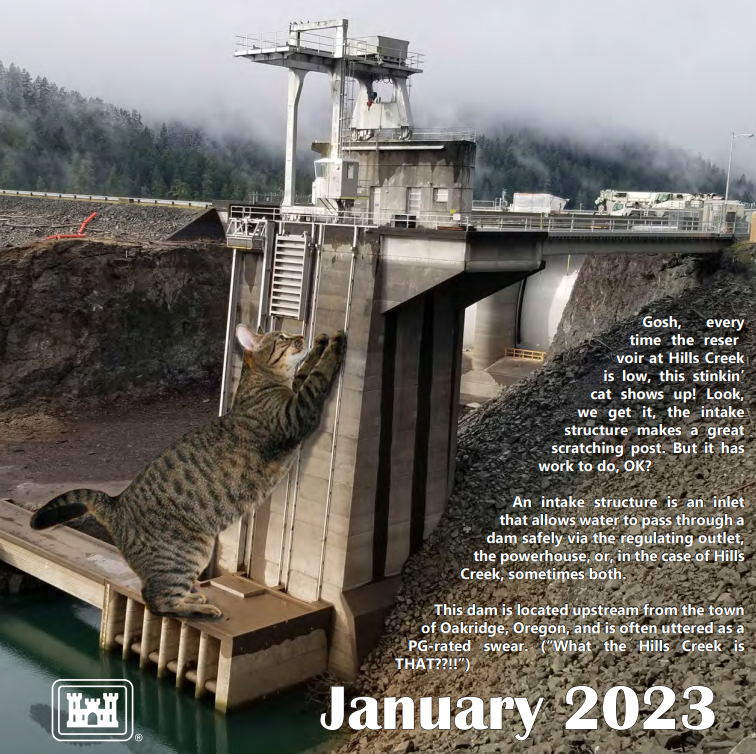 A 2023 calendar featuring giant cats attacking infrastructure across the north west of the United States has been released by the Army Corps Of Engineers.

The new 2023 calendar highlighting the achievements of the US Army Corps of Engineers features giant cats superimposed in photos of their engineering successes. 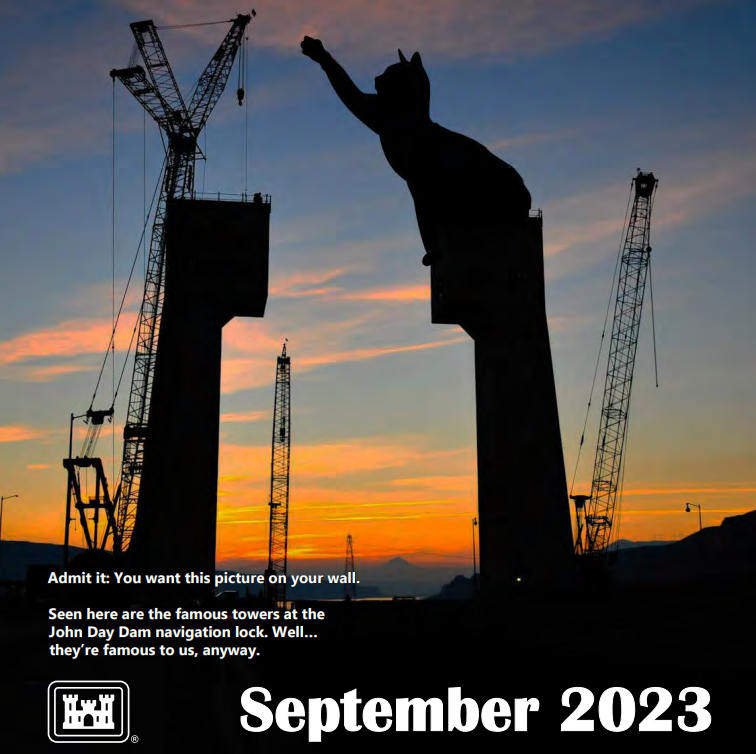 More than anything, it’s really just cats being cats. Attacking things, lounging around, chewing. Cat stuff. And best of all, they’re giving away the calendar for free.