And finally… Glasgow reimagined as a forest city

A new image has envisioned how Glasgow could embrace a greener future through vertical forests, biomimicry, forest cities and roof gardens. 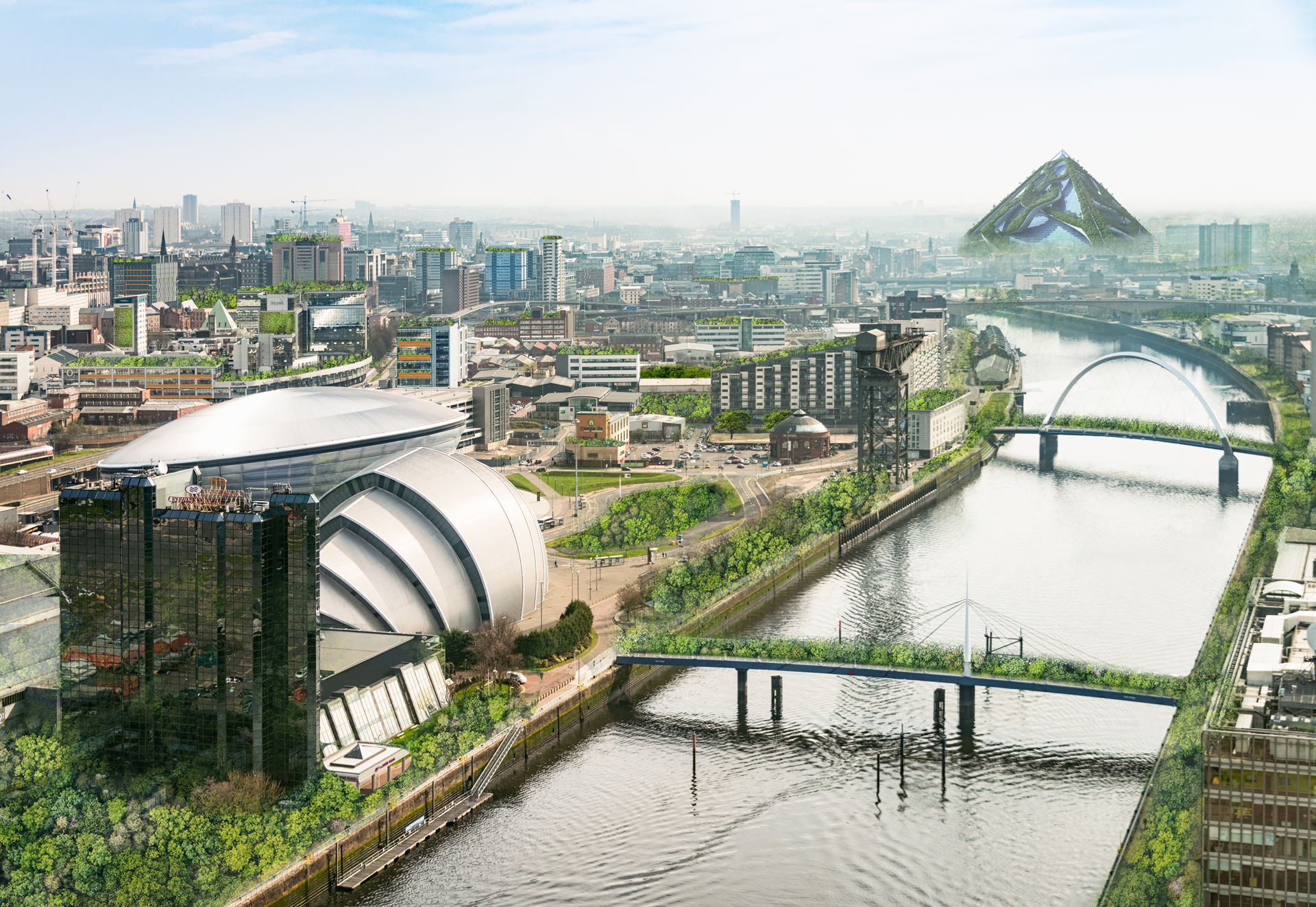 With the potential to be known as a “forest city”, the improvement to Glasgow’s overall look would be striking. With walkways, bridges and paths littered with trees and shrubbery, Glaswegians could expect to feel immersed in nature from the moment they leave home, to the moment they return from work.

With the adoption of biomimicry architecture to mimic natural forms, there would also be a number of striking new buildings across the city’s skyline.

The image follows research from hard landscaping manufacturer Marshalls which asked 2,000 British residents how much importance is placed on environmental feature in the current housing market.

Whilst planning in additional eco-friendly features, such as utilising sustainable materials, water conservation and solar panels, into a build project has the potential to increase costs, paying extra for a property with these features doesn’t seem to be an issue for the majority of the country. Over half of respondents (56%) stated they would be happy to pay additional costs to ensure their home upheld a high level of sustainability.

In terms of the value of this overspend, on average, those willing to pay more would spend an extra 10% for a property to make sure that it wasn’t detrimental to the environment, compared with a property that did not contain sustainability features.

British people also believe that business owners and homeowners should foot the bill to ensure our city centres are as environmentally friendly as possible through features such as vertical forests, biomimicry and roof gardens.

Whilst many UK cities and towns have already pledged to improve their natural environment by implementing a more urban forest atmosphere, the research shows 62% of people believe any further developments in this field should be funded from private building owners, rather than councils or governments.