For the first time, polar ships have moored at a new £40 million wharf at British Antarctic Survey’s (BAS) Rothera Research Station in Antarctica. 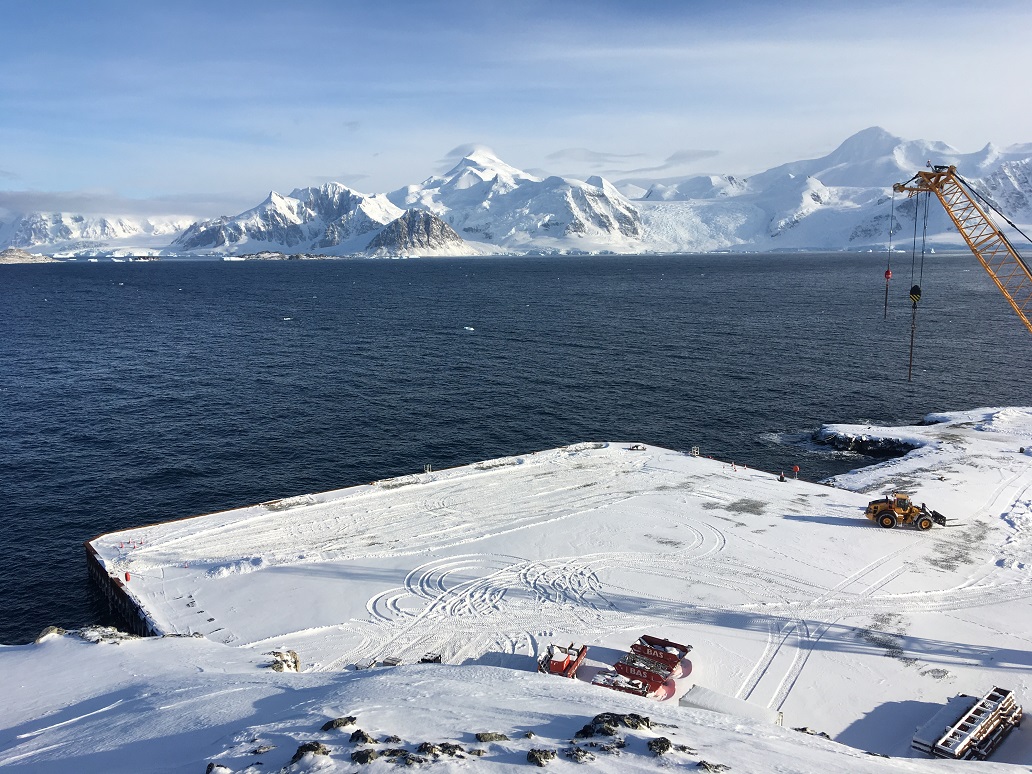 The RRS James Clark Ross used it to re-supply the station and pick up staff for return to the UK. Construction partners and designers of the Wharf, BAM, with the support of Sweco and technical advisors, Ramboll, completed a second, six-month construction season, during the Antarctic austral summer. Turner & Townsend also provided cost management for the project.

The new wharf, which replaces a smaller structure built in the 1980s, is part of the Antarctic Infrastructure Modernisation Programme (AIMP), commissioned by the UK Research and Innovation’s (UKRI) National Environment Research Council (NERC).

The 74-metre wharf is designed to accommodate the new polar research vessel, RRS Sir David Attenborough. With its enhanced cargo handling facilities, including a larger crane, the new wharf will enable more efficient loading and unloading of supplies, as well as the deployment of small boats used for scientific diving and marine research operations.

The success of the new wharf symbolises an effective collaboration between science and industry. Building in one of the world’s most extreme environments required careful planning, digital construction expertise and the ability to work collectively at every stage of the process from client brief, engineering design to supply chain delivery. Operating safely and sustainably helped overcome potential risks from adverse weather, icebergs and wildlife, such as whales and seals. On-site team integration and suitable wellbeing support were essential ingredients for working life, particularly for those who were new to working in the Antarctic.

Maintaining the highest standards of biosecurity and demonstrating that the operation has no lasting negative impact on the natural environment and ongoing science operations, was vital in the construction of the wharf. All site team members received environmental and biosecurity training before deploying to ensure that equipment entering the Antarctic complied with project-specific biosecurity regulations. 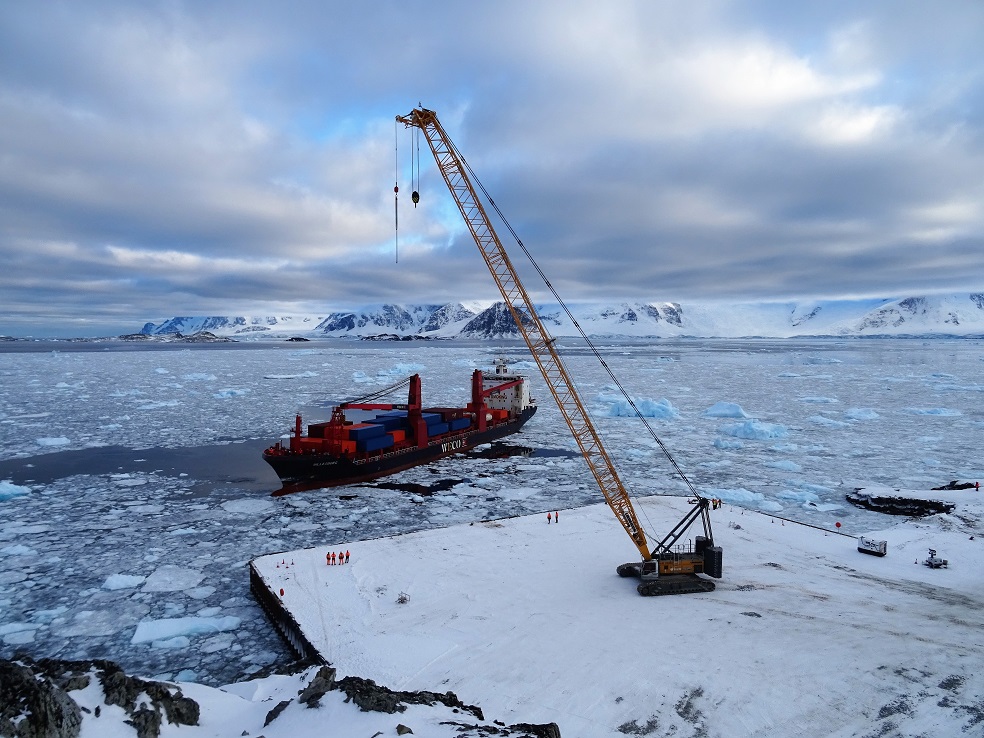 Due to the practical restrictions of working in one of the most remote construction sites in the world, the construction team practiced full-scale-assembly before deployment. The 45-tonne steel frames forming the skeleton were tested to identify any unexpected challenges or additional pieces of equipment that may be needed whilst still in the UK – critical before shipping materials 11,000 km to Rothera.

The second season of construction began last November with de-winterising the site; clearing 2000 tonnes of snow at the start of the Antarctic summer. The team successfully installed the final 14 huge frames and all the facing sheet piles, equating to over 1000 tonnes of steel. The wharf was then backfilled to complete the structure.

Martha McGowan, Rothera Wharf project manager at BAM, said: “It’s been a privilege to be involved in this unique project, working alongside BAS and the other partners in Antarctica for the past two seasons. It’s been a highlight of my career and one of the most exciting projects for the whole team.

“Working in one of the world’s harshest climates has had its challenges, but it’s been a pleasure to work as part of an integrated team where we all shared a common goal. I’m very proud of our team and how everyone worked together to make sure our spirits, health and wellbeing were all taken care of.”

David Seaton, senior infrastructure programme manager at British Antarctic Survey, said: “We’re immensely proud of the multi-skilled and multi-partnered team that have successfully completed this civil engineering challenge to schedule and to budget in one of the world’s most remote construction locations. The new wharf will enable Rothera Research Station to remain at the forefront of marine and climate research for generations to come.”

Graham Hopper, project director at BAM, said: “The AIMP partnership is a true collaboration between client, scientists, designers, construction and supply chain. All can take great pride in completing these works safely, and to programme, in such a challenging environment. I’d like to express my admiration and thank everyone, for the support and commitment they’ve given, to achieve the construction of this vital piece of infrastructure.”

Bruce Wulff, project manager at Ramboll, added: “Designing a wharf in the Antarctic, on a steeply sloping rock seabed, with massive icebergs floating past, and Orcas and penguins as your neighbours, has presented its challenges! Four years later, to see this beautiful piece of engineering completed is very moving.

“It’s been a real honour to have been part of such a tremendous and enjoyable project, where any issues have been overcome by a truly collaborative delivery team, from the client right through to the supply chain and end users.”

Stewart Craigie, technical director at Sweco, said: “The challenges posed by this project have been balanced by the excitement, teamwork and collaboration of all partners. To deliver this unique facility in a safe and controlled manner in such a distant and unusual environment has been no mean feat. My colleagues and I feel privileged to have been part of this committed team which has demonstrated the power of partnership and collaboration.”

While the wharf equipment will be formally commissioned and accepted later this year, the wharf’s completion has allowed it to be used to demobilise this year’s building programme early in response to COVID-19 precautionary measures.

The new wharf is part of the long-term Antarctic Infrastructure Modernisation Programme (AIMP), which aims to keep the UK at the forefront of climate, biodiversity and ocean research.