And finally… Night on the tiles

The National Trust has gone to significant lengths to keep the bat residents of a historic manor house in Norfolk happy during a £6 million re-roofing project. 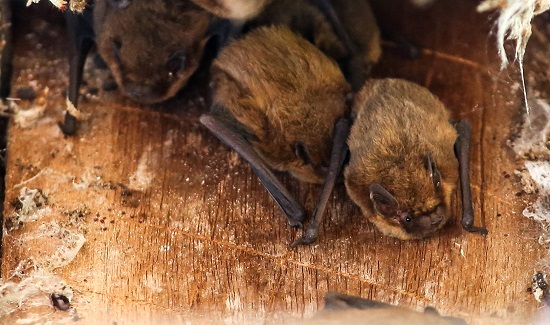 Tiles have been specially adapted so that the bats at Oxburgh Hall can easily scoot up them rather than forlornly sliding off.

A spokesperson said: “We’re currently adding 14,000 new black-glazed pan-tiles to the roof that have been chosen to look the same as those used over two centuries ago, which had become weatherworn, cracked and damaged. However, the black glaze on the new tiles was found to be too slippery for our resident bats. Looking for a solution, our bat expert carried out tests which found that a coating of paint mixed with sand of different sizes enabled bats to grip with their tiny claws to climb easily to the safety of the rooftop roosts.

“Surveys found a total of six bat species flying close to the house but it is brown long-eared, common pipistrelle and soprano pipistrelle bats which roost in the building. The brown long-eared bats use attics and roof spaces, and all three species use crevices under roof tile, ridge tiles and lead flashing. We worked with our bat expert to create a new roost in the nearby Bell Tower and installed bat boxes in the trees on the north terrace to provide alternative roosting places whilst the roof works takes place. Currently the bell in the Bell Tower can’t be rung, so not to disturb the bats.

“The builders have also ensured there will be 32 new bat openings around the roof - some under the ridge tiles, some lower on the roof under pantiles, and others on the dormer windows. The roof tiles near the openings have been given the specially developed bat coating. Several of the roosts have carefully designed gaps in the roof lining to allow brown long-eared bats to get into the attics and roof voids. We hope they enjoy their new home when they move back in.”