Nuns have learned to operate a Bobcat loader to help restore their new home. 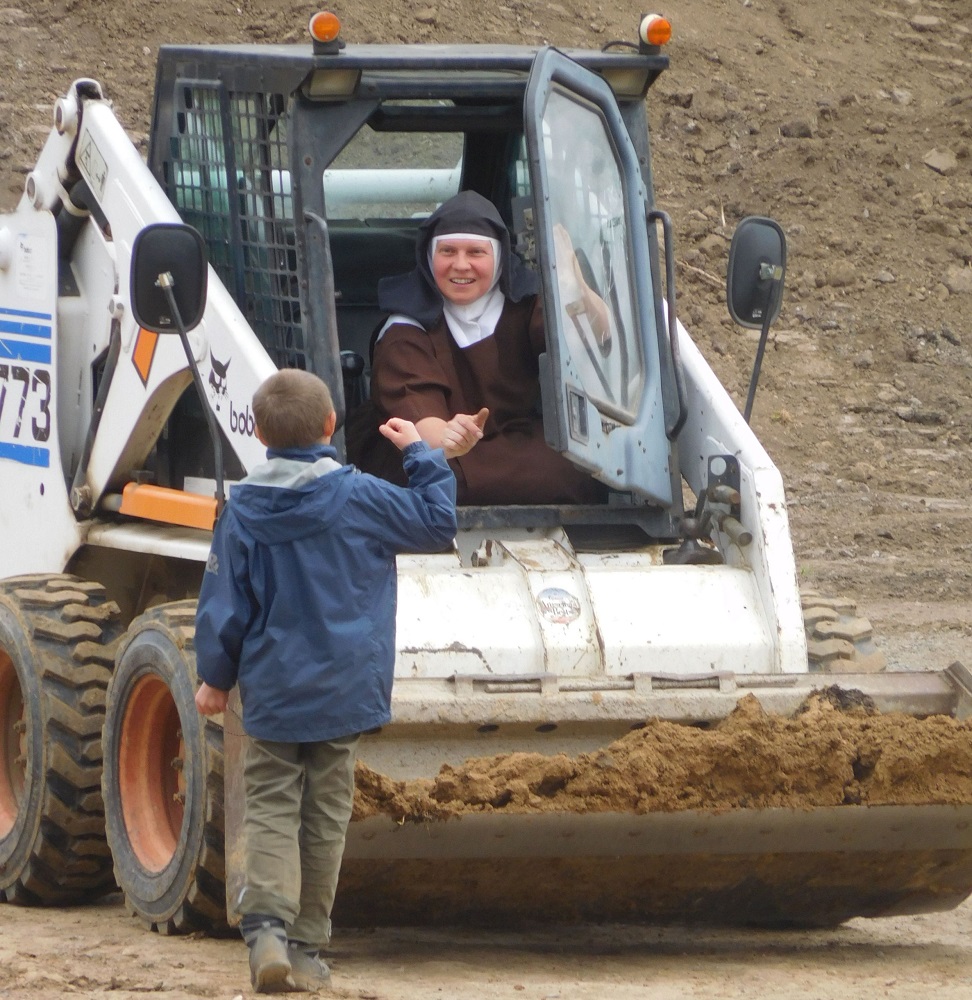 After more than two centuries living in a monastery in Hradčany square next to the Castle in the centre of Prague in the Czech Republic, the order of Discalced Carmelite Nuns has moved to a new home in the village of Drasty, to the East of Prague.

The former farming property chosen by the sisters in Drasty has a rich history dating back to 1305, but when they moved there in 2018, it was in a considerably dilapidated state. Nevertheless, the sisters have worked hard since then to turn it into a new convent complex that will serve the people of the local community. The nuns have employed a variety of techniques to achieve their goal, including the use of a 1997 Bobcat 773 skid-steer loader, which they have learned to operate themselves.

The 773 loader, like many other Bobcat machines of this age, is still in good condition thanks to its robust construction and regular servicing and is more than able to be used to carry out a lot of hard work. Because of its age, the owners of the machine did not use the machine regularly and kindly lent it to the sisters for their use. The nuns have been using it in a basic configuration with a bucket and fitted with pallet forks to transport materials about the site.

Sister Milada, a member of the order, described the construction work with the Bobcat loader: “When we bought the area in Drasty, it was clogged up with a number of landfills and overgrown with mature trees. Knowing that we would not have enough money to repair the whole yard, we decided to do some work on our own or with the help of volunteers. 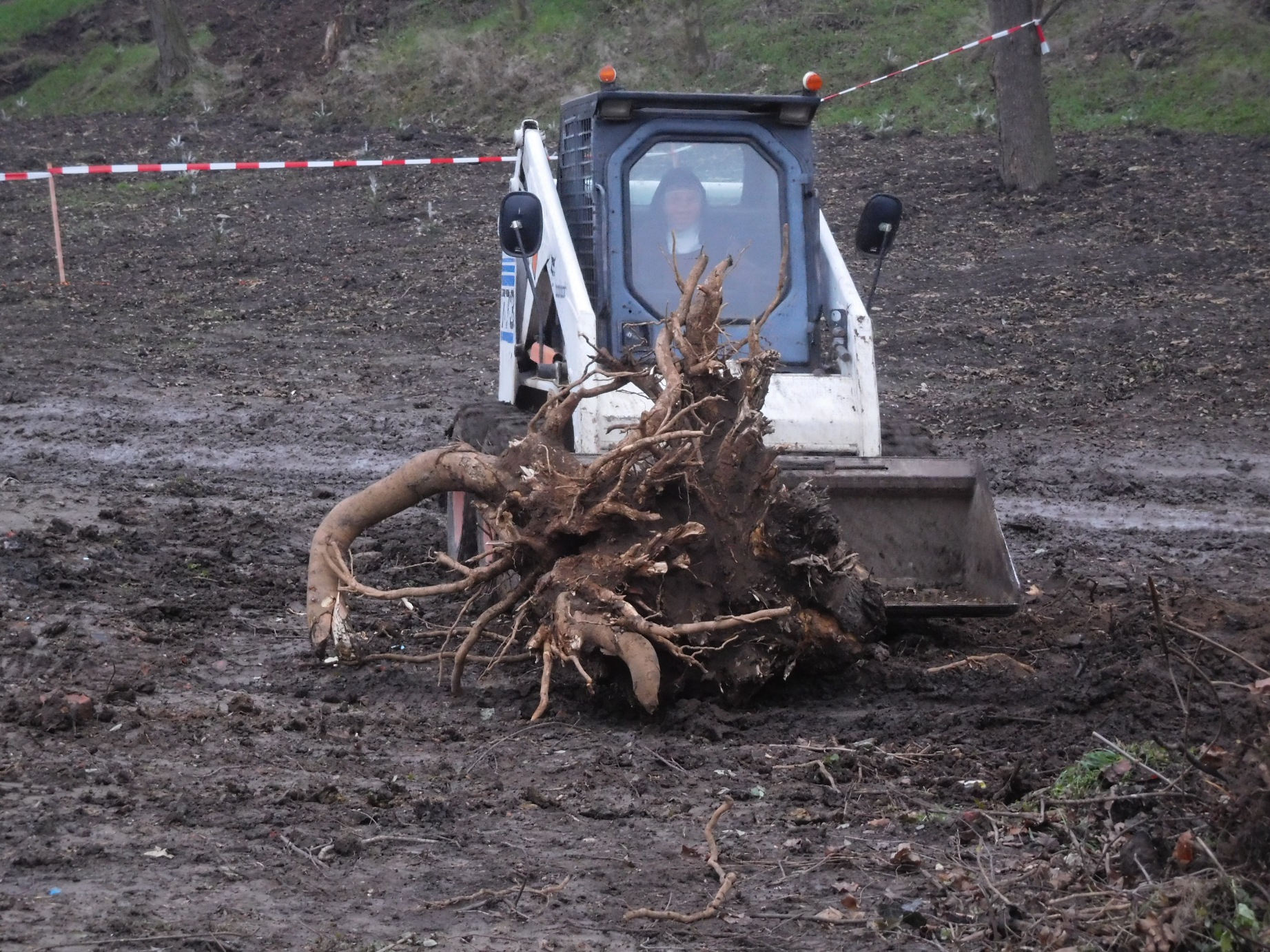 The 773 loader being used in preparation works at Drasty

“We soon found out that we needed machines and equipment for these difficult initial jobs, so some of us learned to drive a tractor, use a chainsaw or brushcutter and to operate the Bobcat loader. The latter helped us a lot right from the beginning when we needed to move around any heavy materials, especially large tree stumps for burning. Later, we used it to transport pallets with bricks, soil, stone, for landscaping in the meadow and to add gravel to the roads in the forest park.

“At the start, when we needed machines, we would source them with operators. But we soon found out that we could operate some of them ourselves, so we decided to buy or rent the machines and operate them ourselves. We had the long-term loan of the Bobcat loader, and our Sisters Terezka and Sára found that after renewing their driver’s licenses when we moved, they were only a short step away from operating machines like the Bobcat.” 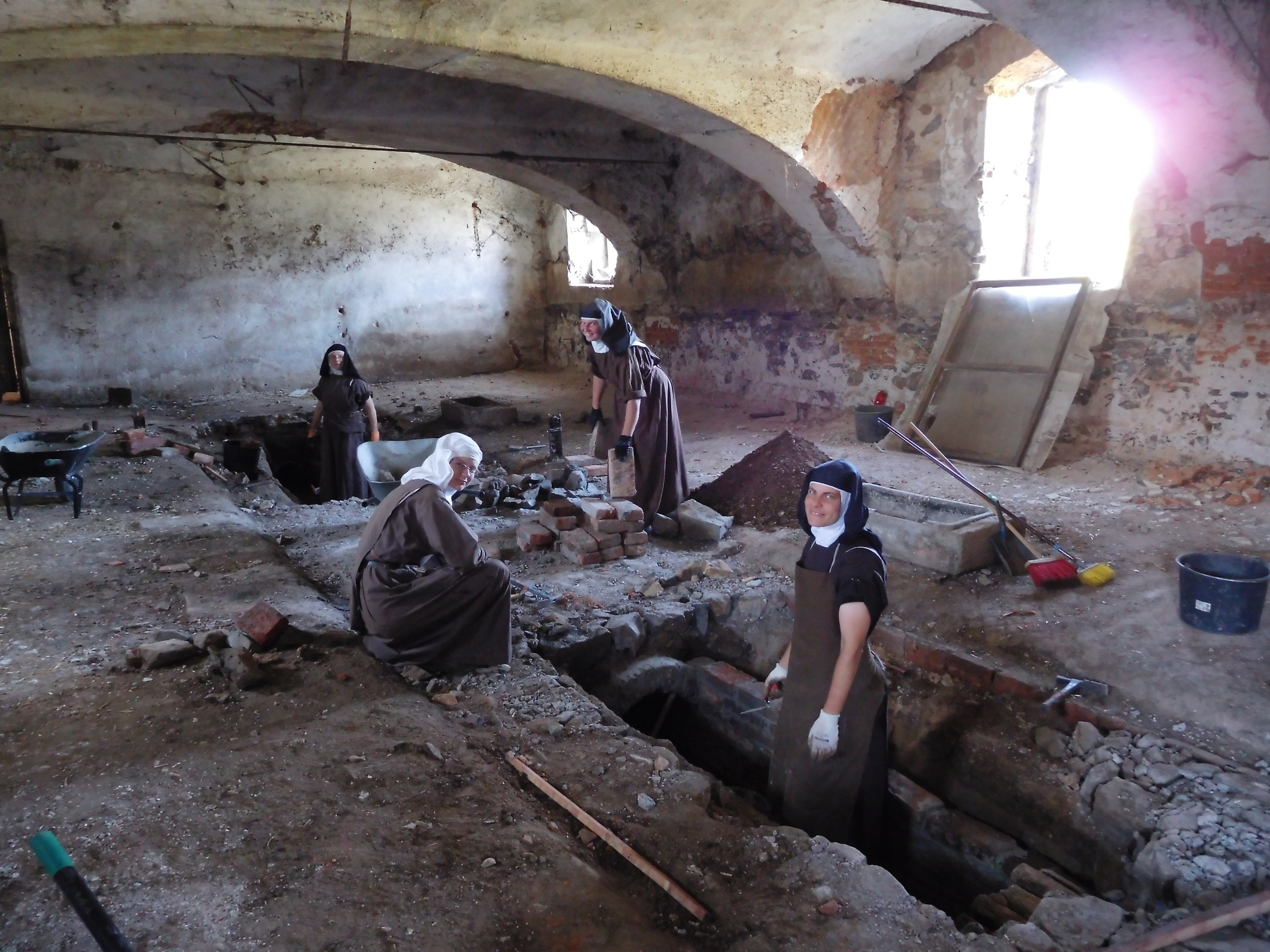 Nuns restoring the gallery system in the granary

Sister Terezka liked working with the Bobcat loader the most: “I like the very simple, intuitive operation of the Bobcat loader and the fact that it can be used for many different tasks that need to be done here. It is excellent for transporting any heavy materials, so that we do not have to carry them by hand in wheelbarrows. It can be used to get to less accessible places and it is very handy for various landscaping and levelling tasks, many of which we have completed with the machine. The loader has saved us a lot of time and energy.”

The nuns had decided that the original building on Hradčany Square near Prague Castle where they lived was too noisy and did not offer enough space, so by moving to Drasty they have much more room including a much bigger garden and they are closer to nature and the community. 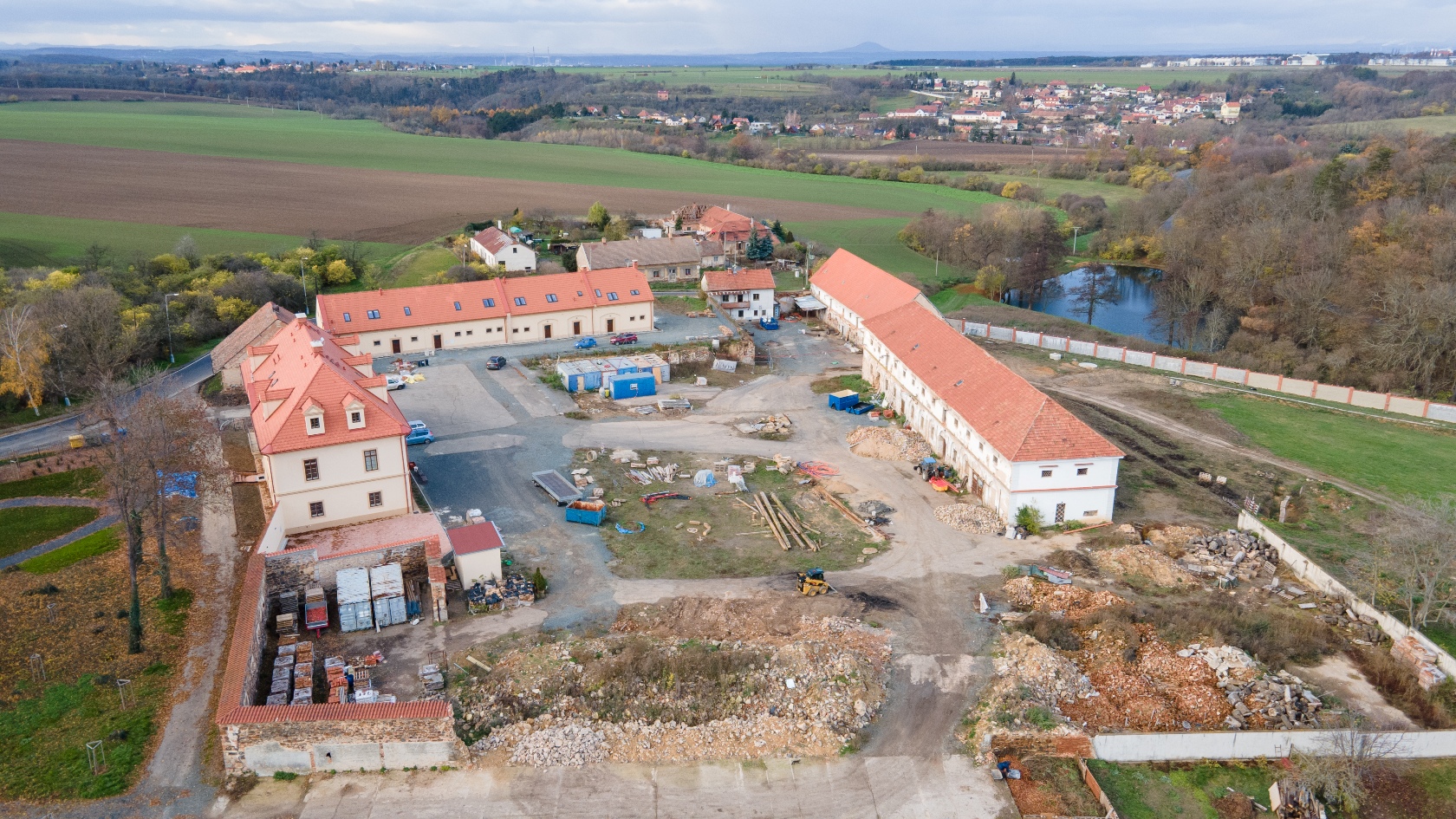 Aerial view of the convent complex in Drasty

Reconstruction of the convent complex has been gradual. In March 2020, the nuns opened the Manor House, which provides them with temporary accommodation and will later be a welcome point for visitors. In October last year, a construction company started work on a new convent and church in a contract signed with the sisters. This followed on from three years of work by the sisters and volunteers to prepare the land and forest on the estate for the construction work.

The Discalced Carmelite Nun community in Drasty faces a difficult task. They have already achieved so much, but there is still so much more work ahead. The aim is to move forward with the construction of the complex so that it can best serve visitors and the nuns.

“We believe that this former dilapidated farm outside Prague will become a very accessible spiritual and cultural centre, where everyone who needs it will be able to preserve their humanity and spirituality and from where they will leave with new strength for everyday life,” concluded Sister Milada. 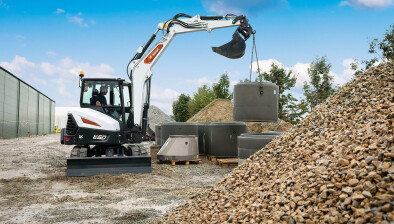 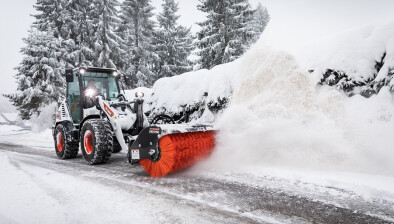 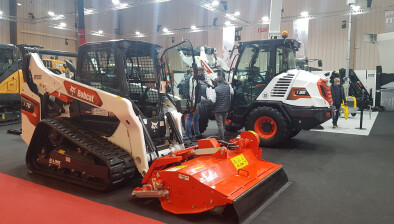 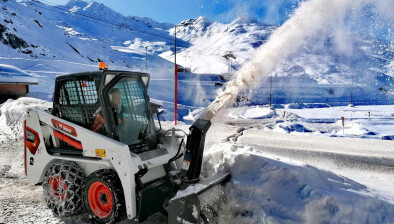