dundee
university of dundee
and finally

dundee
university of dundee
and finally 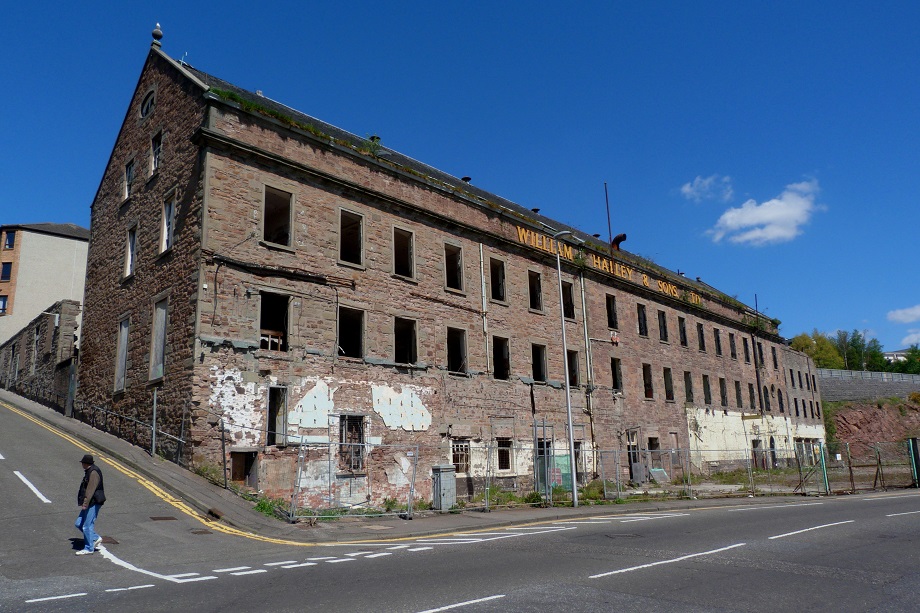 Reclaimed stone from a historic Dundee jute mill is to find new purpose in pointing future University of Dundee students in the right direction.

Wallace Craigie Works spinning mill was built in 1836 and played an instrumental part in Dundee’s success in the jute industry, one of many mills that helped the city earn its ‘Juteopolis’ title.

The mill was run for more than a century by family firm William Halley and Sons Ltd., and with the company name plastered in bold yellow lettering on the building, the site became known locally as Halley’s Mill.

The site was used by the firm until its closure in 2004, subsequently falling into a state of disrepair. Although there were plans to convert the Category B listed building into flats, it was abruptly demolished in 2018.

Now, the University of Dundee plans to pay homage to the historic mill by incorporating reclaimed stone from the site within a new signage structure on its city campus.

Rose Jenkins, director of estates and campus services at the University, said, “We are in the process of creating a contemporary wayfinding signage system and want it to respond to the history, character and culture of the city.

“Wallace Craigie Works is the first local heritage site chosen to be honoured in this project. The mill was an iconic piece of Dundee’s jute legacy and by using stone from the building we will give tribute to its past while creating an expression for the new.”

The Estates team are in the process of reinventing the University’s current wayfinding signage on campus. Reclaimed stone will form the structural body of the signs before being wrapped with recyclable aluminium panels and screen-printed graphics.

“We want our new design to speak of Dundee,” added Rose. “The new sign structures will allow for storytelling through recycling and the preservation of local heritage, providing a modern connection with the past.

“Many Dundonians will know of Wallace Craigie Works, its history and Dundee’s jute legacy, but few of our students will. This historic site will now live on, and younger generations from across the world will be informed of its historic importance.

“We want to do the same for other sites and encourage anyone with suggestions of local heritage buildings currently being, or due to be demolished to get in touch.”