And finally… Street to be named after pioneering Levenmouth architect

An architect who made a key contribution to the regeneration of Levenmouth is to be commemorated with a street named after him in Kingdom Housing Association’s latest development at Methil Brae, which Kingdom is developing for Glen Housing Association.

Bob Watt was 73 when he died in May 2012 after a short illness. But his friends and colleagues continue to take pride in his efforts to boost communities and regenerate Levenmouth.

Welcoming the news, Iain Mitchell, managing director of Sinclair Watt Architects, said: “It is not an overstatement to say that Levenmouth lost one of its leading visionaries for the creation of a better future with the passing of Bob Watt.”

He explaned: “Bob moved to Methil from Glasgow in 1969 to continue the practice of Peter Sinclair who had been based in the town since 1924. Bob said that he chose Methil and Levenmouth because he thought he could make a difference here.

“In the early 1970s he won the brief to prepare a design for the redevelopment of Lower Methil. The first phase comprised of 135 houses and was successfully completed for the Burgh of Buckhaven & Methil for which the firm was awarded a Civic Trust Award. The practice continued in local authority housing until council reorganization.”

Iain added: “In the early 1990’s Bob was instrumental in preparing the Fife ‘HARCA’ Report with Kingdom Housing Association as the lead housing association. The report identified that there was a lack of good quality family housing in the Buckhaven and Methil areas. Tenants and residents canvassed said they wanted to see better provision for young children together with a better future for their teenage children. They wanted to live in well designed, safe homes that were energy efficient. The report identified 36 sites in the area for proposed redevelopment many of which have now been developed.”

Sinclair Watt’s involvement with Fife’s housing associations continues to the present day and the firm has designed and delivered over 1000 affordable homes throughout Fife and central Scotland.

Iain said: “Bob was always proud of this achievement as enhancing the Levenmouth area was always his passion. Leven Valley Development Trust, of which he was a founding trustee, was established in 1997 with the prime objective of improving the area for the better of the community and the people who lived and worked here.”

In November 2010 in association with the Trust, Sinclair Watt Architects created a ‘masterplan’ for the regeneration of the Leven Valley which included the derelict industrial land in the River Leven estuary.

Kingdom Housing chief executive, Bill Banks, said: “It is very fitting that one of the streets within the Methil Brae housing development is to be named after Bob Watt. Bob’s work in the community where he lived and worked was tireless. He didn’t expect praise or accolades, but we are sure that he would be very proud of the various tributes that have been afforded to his memory.” 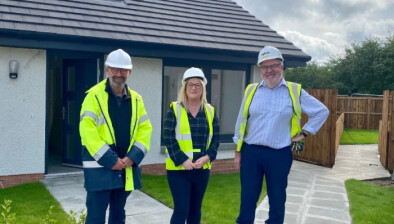 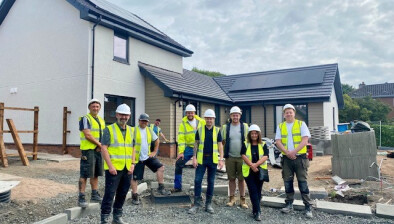