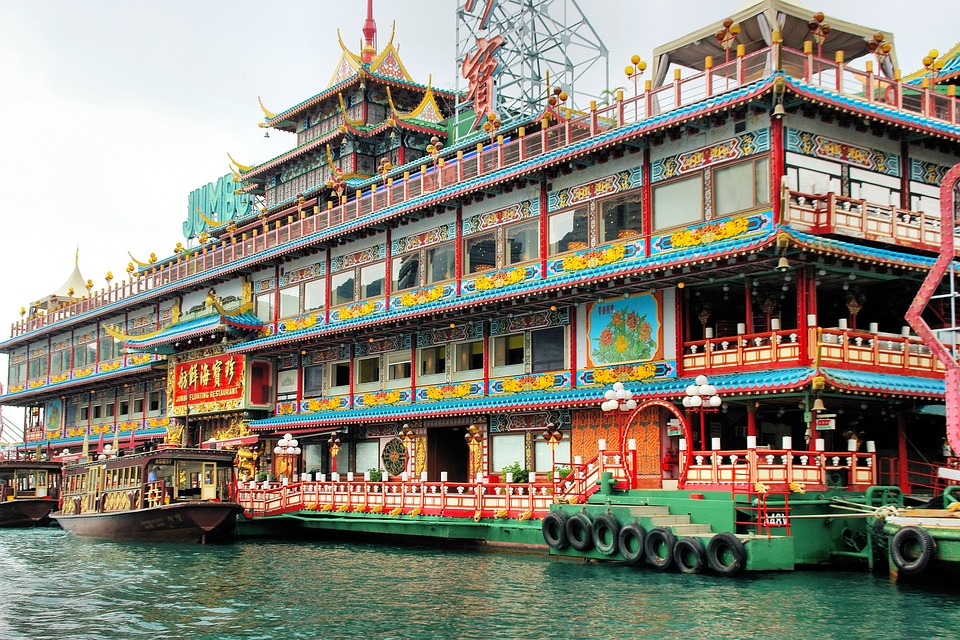 The Jumbo restaurant had not been profitable since 2013

A floating restaurant that was a famous Hong Kong landmark has sunk, days after it was towed away from the harbour where it operated for nearly 50 years.

The Jumbo restaurant capsized in the South China Sea while on its way to an undisclosed location, its parent company Aberdeen Restaurant Enterprises said.

No crew members were injured.

The restaurant closed in March 2020 as the Covid-19 pandemic hit.

More than 3 million guests are believed to have eaten its Cantonese cuisine over the years, including the Queen, Tom Cruise and Richard Branson.

It had featured in several films - including a Bond movie - but the pandemic dealt the business a fatal blow as diners turned away, the BBC reports.

Aberdeen Restaurant Enterprises said it was “very saddened by the incident”.

Marine engineers had been hired to inspect the floating restaurant before the trip, and “all relevant approvals” had been obtained, the owners added.

The vessel was due to stay at an undisclosed location while it awaited a new operator.

But it sank on Sunday near the Paracel Islands after it “encountered adverse conditions” and began to take on water, Aberdeen Restaurant Enterprises said.

“The water depth at the scene is over 1,000 metres, making it extremely difficult to carry out salvage works,” it added.

While the pandemic was the final straw for the restaurant, it had faced financial issues for years.

Operator Melco International Development said last month the business had not been profitable since 2013 and was making large losses.