And finally… The UK’s five most costly infrastructure megaprojects

Megaprojects provide many of the world’s important infrastructure in areas such as transport, leisure, sport and housing. 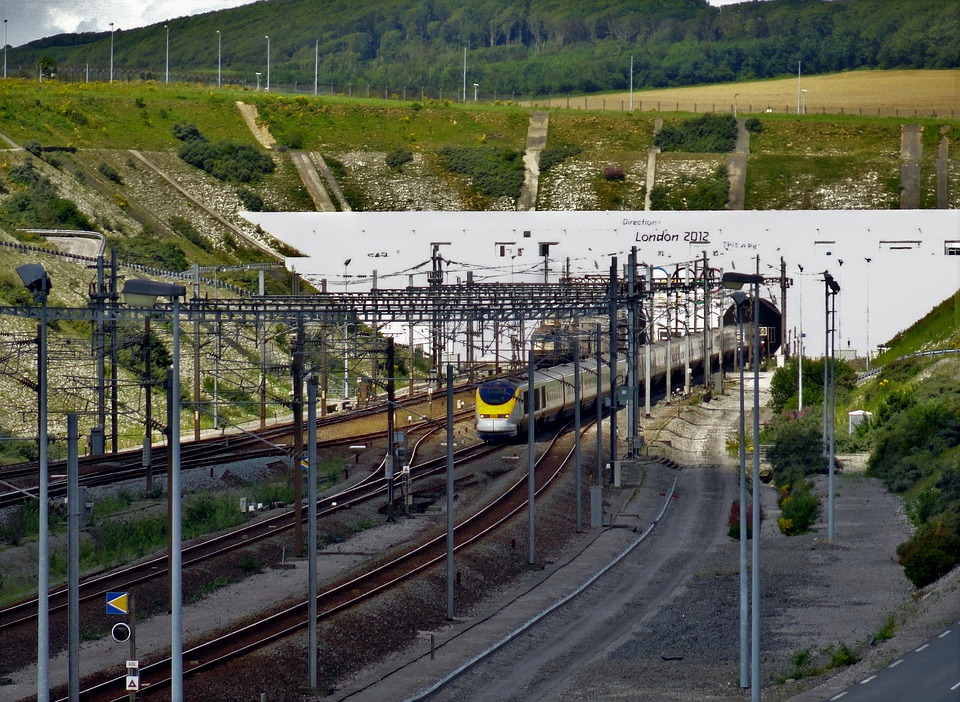 However, with important projects come pretty hefty price tags. So specialist supplier IronmongeryDirect has researched what defines a megaproject and which structures put the biggest dent in the country’s budget.

What is a megaproject?

The Federal Highway Administration within the US Department of Transportation defines a megaproject as:

“Major infrastructure projects that cost more than $1 billion, or projects of a significant cost that attract a high level of public attention or political interest because of substantial direct and indirect impacts on the community, environment, and State budgets. ‘Mega’ also connotes the skill level and attention required to manage the project successfully.”

The UK’s most costly megaprojects

Note: Some figures have been adjusted for inflation, these figures with be marked with an * symbol

A project that ran between 1988 and 1994, The Channel Tunnel is the only fixed transport link between the UK and the mainland of Europe. Even though the tunnel has been operational for nearly 28 years, during construction the project suffered from the very common issue of cost overruns.

A total of 15,000 people were employed to work on the project, with their daily expenditure running at just under £9.3 million. Along with costly equipment, such as the boring machine used to create the underwater tunnel, and “enhanced safety, security and environmental demands”, the cost of the project ran over by a staggering 80%.

The consequences of this being that anyone using the tunnel is subsidized by private investors, which lead to an ex post economic evaluation of the project stating that: “overall the British economy would have been better off had the tunnel never been constructed”.

The task of demolishing the original 1923 version of Wembley Stadium and completely reconstructing it was never going to be an easy one, and it wasn’t easy on the investor’s pockets either.

With several delays and issues, the project started with an initial budget of £326.5 million provided by Australian construction company Multiplex. However, the project ended up costing over £1 billion, making it one of the most expensive stadiums ever constructed.

Due to a series of delays, including expensive and extensive repair works after Multiplex allegedly cut corners in an attempt to speed up the project, the stadium was not completed until March 2007.

Although it took 8 years to get there, Wembley Stadium broke even in 2015, and just two years later, the stadium made pre-tax profits of £5.5 million. So even though the project faced many issues, the stadium proved its worth and create an infrastructure that provided great benefit to the sporting world in the UK.

After learning about the problems faced by the first two projects mentioned, it wouldn’t be unreasonable to think that the stadium constructed for the 2012 Summer Olympics would have just as many issues when it comes to construction and budget. But this particular megaproject surprised many, not only being finished earlier than planned and under budget, but extra steps were made to create not only a stadium that would result in a successful Olympic Games, but a sustainable addition to London’s cityscape.

The project got off to a great start with sports specialising architectural company Populous and contractor Sir Robert McAlpine breaking ground on the project three months early in May 2008. This gave the construction team an important head start, which results in the stadium being completed in March 2011, 16 months before the start of the Olympic Games.

The design and approach taken in terms of construction was planned extensively and ahead of time, resulting in the crews being able to carry out a seamless project from start to finish. These practices contributed to the total bill costing £10 million less than initially planned for.

After the Olympics, with construction complete and the stadium redesigned, the stadium reopened as West Ham United FC’s home ground, with the club paying a reported annual rent of £2.5 million.

The first on our list of megaprojects that is not completed, the High Speed 2 and High Speed 3 railways, also known as HS2 and HS3, is part of an entire high-speed rail network connecting London and Scotland. The plan for HS2 is scheduled to be rolled out in three phases, first connecting London to Birmingham, then Birmingham to Manchester, which will then connect to pre-existing Scottish national railway services. HS3 on the other hand, refers to an extensive upgrading plan to existing railways in the North of England.

The concept of high-speed railways in the UK began in 2003, with the opening of the rail link between London and The Channel Tunnel, otherwise known as HS1. After witnessing the benefits that high-speed rail offers, a second line was proposed in 2009 in a Y shaped route to incorporate Leeds and Manchester in Phase 2 of the project. The main goal of HS2 is to increase the capacity of the country’s rail network, designed to allow express services to be replaced with HS2 trains and local lines to run more frequently.

Construction approval was finally given in April 2020, with construction commencing in September of the same year.

However, there have been many protests against the project and these have cost the HS2 project a massive £75 million. This extra spend could be part of the reason why the northern section of HS2 has had its £34 billion budget cut in half.

With several setbacks and U-turns involved in this project, it is no surprise that the completion date of HS2 has been pushed back, with the London-Birmingham phase now due to open between 2029 and 2033, and any additional phases, whatever they may be, being extended to 2035-2040.

The HS2 project is a constantly evolving project, and at this point it seems that even those running the project do not know what the end result will be, and with the project already being over budget, there may be more trouble ahead for HS2 and HS3.

The now decommissioned Battersea Power Station is a megaproject in its own right, but the plans for redevelopment of the land that currently houses the power station promise to create opportunities for both housing and business in the capital.

Bearing in mind the original purpose and nature of the building, as well as it’s listed status, any plans to redevelop it had to be executed with extreme caution. Several proposals were made to revamp the building, with some even commencing work before being shut down. One of these being a theme park, headed up by the owners of popular theme park franchise Alton Towers, and although the project received approval in 1986, it was quickly shut down three years later due to lack of funding due to a gross underestimation of costs.

It now seems that a plan has stuck for redeveloping the power station, as in 2012, a deal was struck with Malaysian developers SP Setia and Sime Darby for a hefty £400 million to overhaul the 42-acre site with a mix of leisure, accommodation and business ventures. This plan has already attracted big business to the site, with Apple planning to occupy some of the space for operational purposes and housing staff.

The newly transformed Battersea Power Station is set to open in the summer of 2022, so eager Londoners won’t have long to wait to see if the team managed to pull off the perfect balance of modern infrastructure and consumer needs while still maintaining the essence of the history and significance of the original power station.