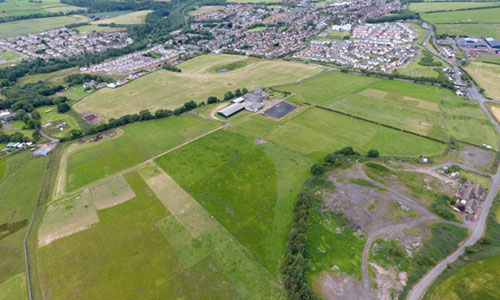 The site on the outskirts of Gorebridge

Hallam Land Management’s appeal to build 308 homes on farmland outside of Gorebridge in Midlothian has been rejected.

The company appealed to the Scottish Government to make a decision on their plans after Midlothian Council’s planners took too long to make a decision. However, the plans have now been labelled as an “undesirable incursion” on the landscape.

Hallam Land Management claimed that they should be able to build on the land because house building targets are not being met in the county. However, this was dismissed by the Scottish Government Reporter. He said that targets for housing requirement were no longer valid under the current South East Scotland Plan (SESPLAN), which set them out as a five year plan for councils and runs out in 2024.

The reporter added that since the Scottish Government’s National Plan Framework 4 (NPF4), which will set new targets, is still a draft paper, no alternative was in place, The Herald reports.

The Reporter said: “The absence of a sufficiently up-to-date housing land requirement in my opinion represents a failure of the plan-led system.”