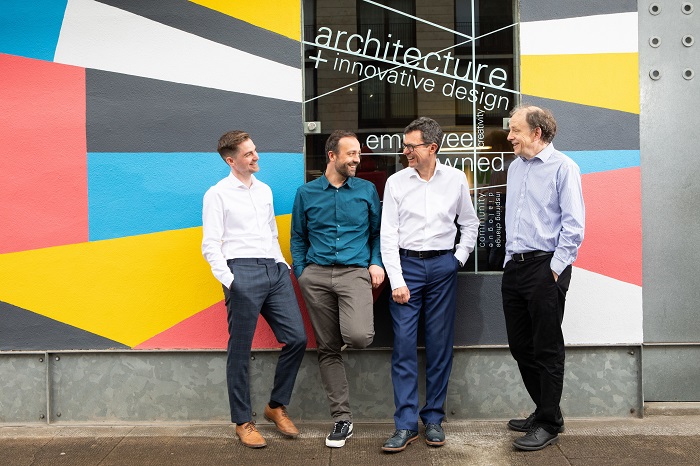 Following the transfer of 100 per cent of the business’s shares into an Employee Ownership Trust, the 38-strong team at Anderson Bell + Christie now share ownership of the Glasgow-based firm which has earned an outstanding reputation for its innovative and inspirational community-enhancing design projects.

Anderson Bell + Christie boasts an extensive and diverse portfolio which has won the practice a raft of prestigious national and international awards and commendations over the past two decades.

The practice has also achieved acclaim for a host of important refurbishment and conservation schemes and for its creative vision in designing a number of major place making initiatives to develop sustainable mixed-use destinations.

Anderson Bell + Christie was originally established in the early 1990s as a private partnership by Karen Anderson and David Christie who were later joined by Adam Bell, Bruce Brebner and Stephen Lamb. Following a period of planned transition, Adam and Stephen formed a new partnership in 2012 with an ambition to build on the previous success of the practice and to include a clear strategy for succession. 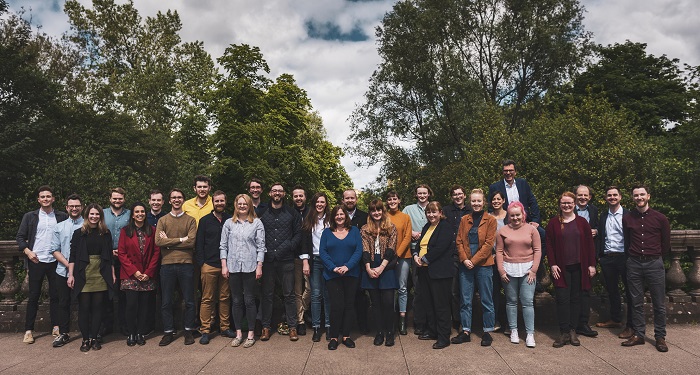 All of Anderson Bell + Christie’s employees were then involved in discussions on the potential buyout and a team of staff representatives was tasked with researching key aspects. As part of this, they looked at examples of businesses which had already made the move to employee ownership, including some within the architecture sector. This enabled the whole practice team to reach the decision that taking over control of the company offered significant potential to benefit everyone involved and deliver a positive impact on the business.

The process of buying over the practice was then initiated by setting up an employee ownership trust - a means of enabling staff to own a company without having to raise their own funds. Employee Ownership Associates and Co-Ownership Solutions provided very valuable guidance on the transfer of control of the business, legal services were provided by Blake Morgan LLP and Lindsays, and Robb Ferguson Accountants provided financial services.

Jonathan McQuillan - one of Anderson Bell + Christie’s Directors together with Adam Bell, Stephen Lamb and Stuart Russell - said: “We’re delighted to have successfully made the move to employee ownership and are extremely appreciative of all the professional advice and guidance we’ve received to help us switch to this business model - in particular we would like to thank Andrew Harrison from Co-Ownership Solutions and Janice Alexander from Robb Ferguson. We feel this ownership model is compatible with our practice’s ethos and the values we’re committed to of promoting equality, wellbeing and innovation, so we’re excited for our future.

“Enabling us to continue building on the success the firm has achieved to date, employee ownership will also open up new and different avenues for us. We’ll be in a stronger position to capitalise on opportunities to realise our vision for the company. The fact that staff will now benefit directly from the business’s outstanding performance is a great asset – it will help us retain our fantastic experienced professionals and also be able to attract great new talent.”

Sarah Deas, director at Co-operative Development Scotland, said: “I’m delighted that Anderson Bell + Christie has joined the growing number of architectural firms across the UK which are now employee-owned and  I wish the team every success.  Last year The Architects Journal featured an article on the reasons for 15 of the country’s top practices adopting the employee ownership model and why more are expected to follow. It’s great to see this practice joining the pioneers in the sector.”

There are around 110 employee-owned companies operating in Scotland, with approximately 7,500 employee-owners generating a combined turnover of around £950 million. Statistics consistently demonstrate that employee-owned businesses outperform their non EO counterparts in terms of higher levels of profitability, improved business resilience during times of recession, and increased productivity brought about by higher levels of engagement and enhanced employee wellbeing.