A joint venture between BAM Properties and TCP Developments has handed over the keys to Building 1, Atlantic Square in Glasgow’s International Financial Services District to HM Revenue and Customs (HMRC), which is leading the delivery of Phase 1 of UK Government Hubs. 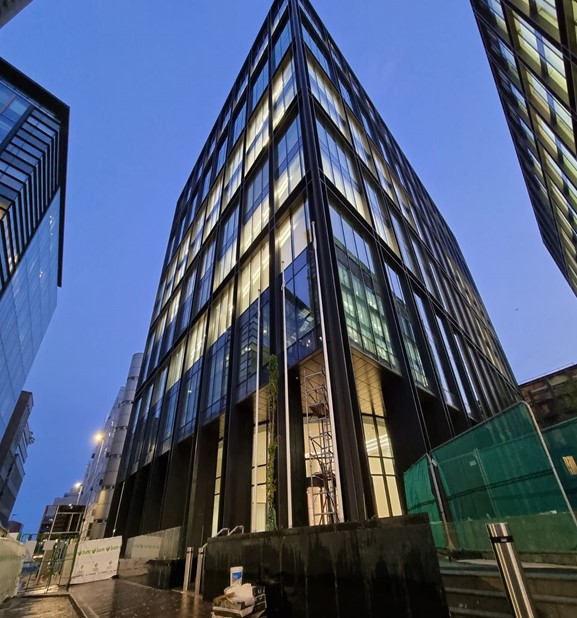 Around 2,500 HMRC staff will begin relocating from a number of existing offices in early 2022. The building is one of 13 new HMRC regional centres, all within UK Government hubs.

Built by BAM Construction and designed by concept architects Cooper Cromar and BAM Design, the building incorporates the retained Grade A façade of a former warehouse building built by pioneering retailer William Whitley in the 19th century, which sits on James Watt Street. One of the city’s most sustainable buildings, it features a BREEAM “Excellent” rating and has an EPC rating of “A”. 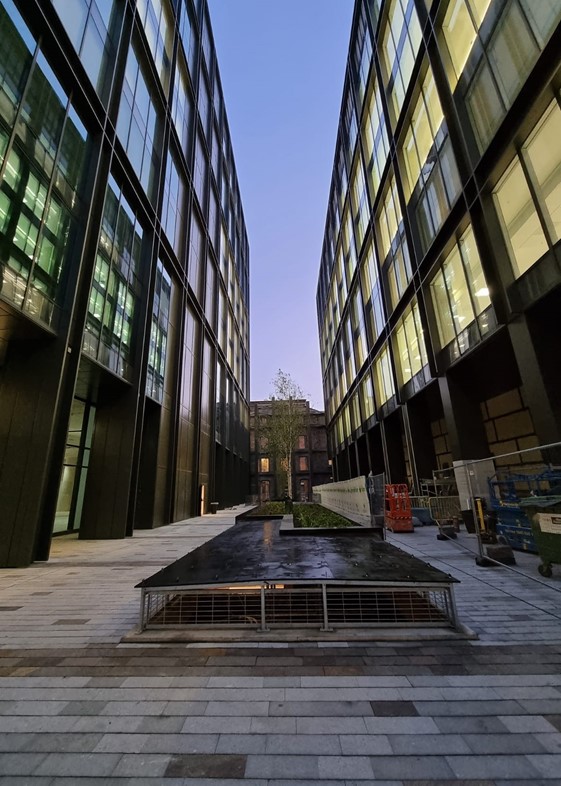 Using VR goggles the construction and design teams together with HMRC’s estate team, were able to monitor the progress by looking at the building’s digital twin enabling them to understand and plan the building’s operations as well as look at economic efficiencies. The UK Government is now looking to adopt this approach throughout other public sector buildings including hospitals and schools.

Dougie Peters, managing director, BAM Properties, said: “After a challenging year we are delighted to be handing over the keys to Atlantic Square to HMRC and all the teams involved are very proud of the end result which is an impressive addition to Glasgow’s property landscape. It has been pioneering in many ways and without doubt the digital input will change the way forward for building construction. HMRC is to be applauded for having the vision and drive to embrace this new way of working which has created so many benefits.” 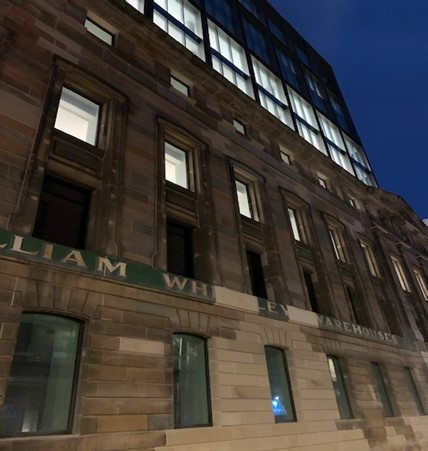 Colin Casse, locations programme director for HMRC, added: “HMRC has a long-standing presence in Glasgow and the surrounding area. The UK Government Hub will be our new home in the West of Scotland. Atlantic Square is a stunning building which will provide a modern, flexible working environment which can easily adapt and cater for any future changes to our working practices and ways of working. We are looking forward to the first colleagues moving into the building next spring.”

“LGIM Real Assets continues to back the UK’s cities, supporting sustainable regional growth and driving job creation and economic value. And, as a long-term investor, these investments are well matched to back our pension commitments, meeting our long-dated income requirements. LGIM Real Assets proactively delivers stable returns for its investors, whilst driving wider value for our society.”

Atlantic Square also features Building 2 which will provide 96,650 sq ft of additional office accommodation. Speculatively built by BAM Properties and TCP Developments it offers floor plates of up to 15,400 sq ft and facilities will also include a tenant’s business lounge and meeting spaces, as well as showers, lockers and storage facilities for cyclists and runners. Negotiations are currently underway with potential occupiers.