Plans to build a replacement for Barlinnie Prison on derelict land at Provanmill have gained planning permission in principle. 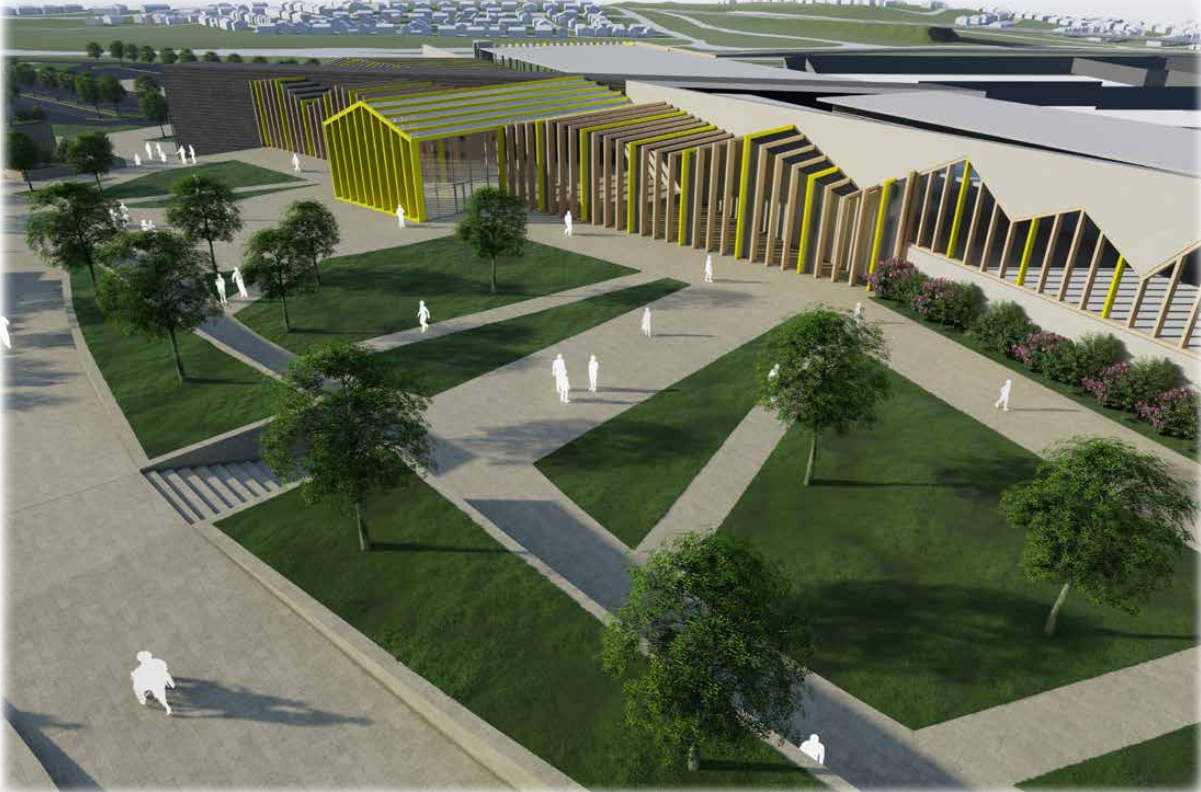 The BakerHicks-designed facility is set to be developed at the Provan Gas Holder Station site on Royston Road.

Set to accommodate 1,200 adult male offenders, the new facility is designed to appear as a storey and a half on the Royston Road side with multiple-floor accommodation further south “not being visually higher than or protruding above” the elements to the north.

The gas governor structures, which are listed, will remain “prominent on the skyline, dwarfing the SPS proposed buildings on the horizon”.

The Victorian-era HMP Barlinnie currently houses around 1,500 inmates, but only has the design capacity for closer to 1,000.

In a design statement submitted to Glasgow City Council, the Scottish Prison Service (SPS) said the new prison will be a modern facility with “more in common with a school or college than with a traditional Victorian prison”.

A vehicle entrance leading to staff and visitor parking would be across from Broomfield Road, via a traffic-light-controlled junction. Access for prisoner transport and deliveries would be via Blochairn Road.

The blocks for inmates have been designed to appear like an office development or student accommodation “with care being taken to break up long facades with vertical elements and material changes”.

The design document added: “The security of the development has been carefully considered and discreetly incorporated into the built form along Royston Road, lessening the potential imposing impact.”

Justice secretary Humza Yousaf told the Scottish Parliament’s justice committee in October that he expects the development to be completed by 2025.