Barratt Developments Scotland is encouraging women to consider a job in construction by shining a light on one of its female site managers. 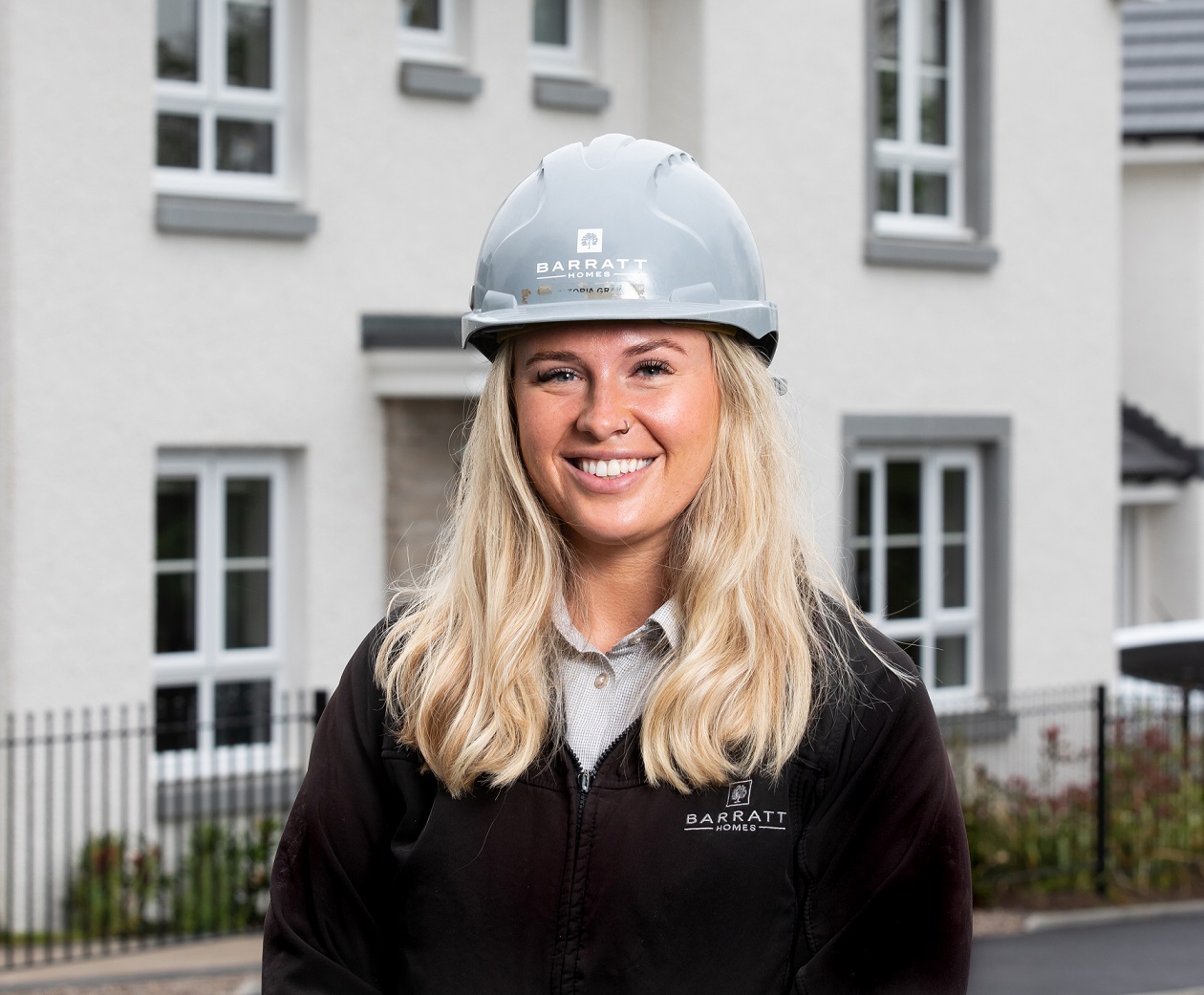 While female construction workers have increased over the past few years, the proportion of women in the sector is still significantly lower, something that the housebuilder is keen to change.

Today’s International Women’s Day, Barratt Developments - which includes Barratt Homes and David Wilson Homes - is encouraging the next generation of female workers to consider a career in construction by championing employees like Victoria Chalmers, a site manager from Aberdeen.

Victoria has worked at Barratt Homes for seven years and was the first female site manager across the housebuilder’s Scottish divisions, a job which she says she is extremely passionate about.

But the 28-year-old, who is originally from Glasgow, admits that being the only female in a traditionally male-dominated role did at first make her question whether she was on the right career path.

She said: “I had studied architecture at Robert Gordon University, but I started to feel like it wasn’t really for me. The thing I did enjoy was working in groups with my peers, I naturally shone in a leadership role. Because of that, my lecturer recommended I consider a job as a construction site manager.

“I applied for a graduate scheme with Barratt Homes when I was 22. I was the only girl there out of 26 applicants and the only person under the age of 30. At first it made me question if I’d made the right decision, I thought, ‘I’m never going to get this.’

“But being the only female just made me more determined to push myself and I was lucky enough to land the role. I’ve now been at Barratt Homes for seven years. I’m so passionate about my work and absolutely love my job.”

Starting as a trainee assistant site manager, Victoria has worked her way through the ranks over the years. In 2021, she was granted a National House Building Council (NHBC) Pride in The Job Quality award, a top accolade which recognises the finest site managers from around the country.

In addition to being committed to her work, she’s passionate about promoting gender balance within the industry and breaking down stereotypes of what it is to be a construction worker.

She said: “When people meet me, they are often shocked to find out I’m a site manager, they make assumptions. I enjoy having my nails done, I like dressing glam at the weekend, but when I’m at work I mean business. I’m in full PPE, muddy rigger boots and covered in dust. I enjoy proving them wrong, I’m constantly breaking down those barriers. I want to show women, especially young girls, that it’s important to be yourself, no matter where you work.”

Victoria is part of Barratt Developments’ Catalyst scheme, a mentoring and development programme which looks to enable more opportunities for future female site managers and leaders.

To women or girls considering a career in construction, she said: “Go for it. You have to be prepared for the hard work, you’re outside in wind, rain or snow. But it’s a fantastic career and so rewarding. We do need more women in the industry, as there needs to be greater balance. The more we break down those barriers and encourage greater diversity, the better it will be in the future.”

Douglas McLeod, regional managing director for Barratt Developments Scotland, said: “We are fully aware that one of the largest issues surrounding diversity in construction is the number of female employees working within the sector and the current gender imbalance it faces.

“As a housebuilder that champions diversity across the business, we will continue to encourage and inspire women to consider a career within the industry, following in the footsteps of outstanding staff members like Victoria.

“The construction industry is continuing to grow, and this is an exciting time for people with an interest in housebuilding to join a market leading company. We want to quash the stereotypes and encourage women to consider the variety of different roles that can be offered within the business that have great benefits and excellent opportunities for career progression.”