The Oriam sports centre at Heriot-Watt University could be expanded with the addition of a new indoor tennis centre and link building. 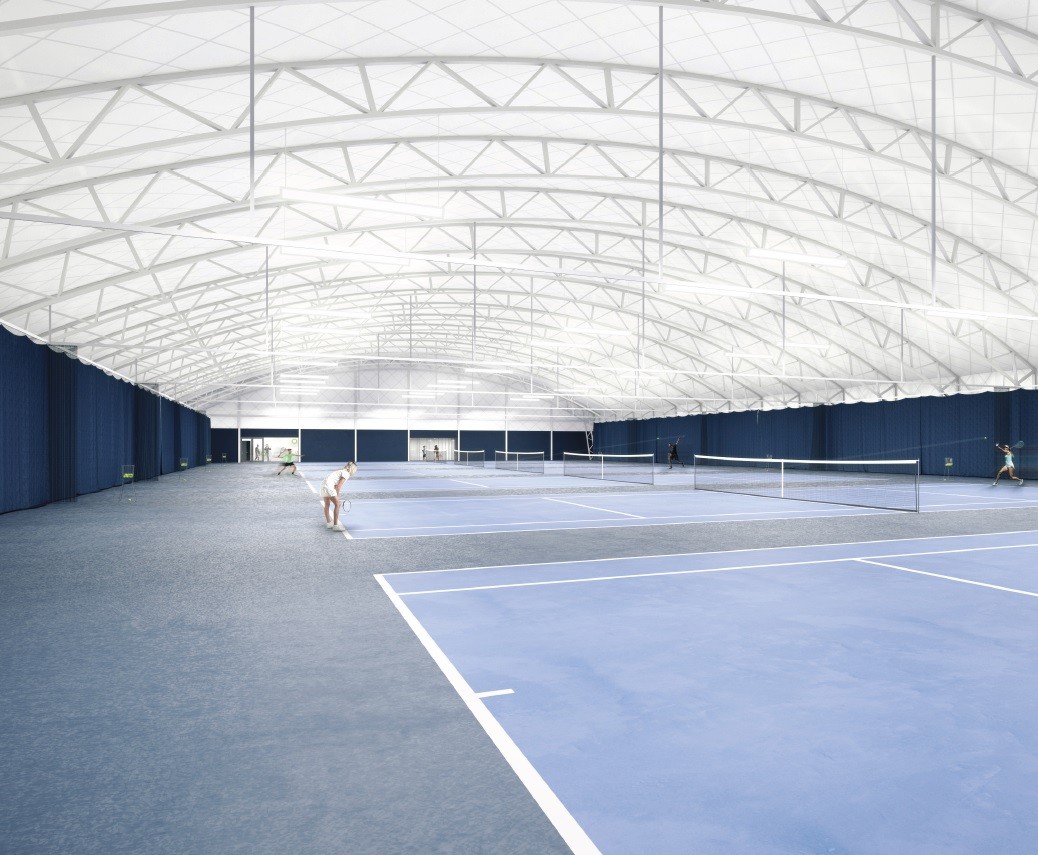 ADP Architecture has lodged plans for the extension which will connect to the Centre for Sport and Exercise by way of a covered walkway, replacing a number of existing courts within a listed garden wall which will be removed.

If approved, the new facilities are expected to complete by November 2021.

Plans have been submitted by 56three Architects to transform a former car showroom and garage in Leith into a mixed residential and retail redevelopment.

Under the plans, the existing showroom will be repurposed as a 4,000sq/ft convenience store, with two apartments to stand in the floors above.

The plans supersede a prior consent to demolish the garage and build three flats in its place.

The owner of the O2 Academy in Glasgow has submitted plans to revamp the B-listed building.

Academy Music Group wants to redecorate the rear and sides of the Eglinton Street venue after work on the facade was completed in January.

A planning report states the building looks “tired” and detracts from the recently completed redecoration work at the front.

It is hoped the work would “make a positive contribution to the character of the venue”.

A new date has been agreed for an international climate change summit in Glasgow.

The COP26 UN summit will now take place between 1 and 12 November next year.

It was originally supposed to take place in November 2020. However, it had to be postponed due to the pandemic.

Dozens of world leaders will attend the gathering, the most important round of talks since the global Paris Agreement to tackle climate change was secured in 2015.

This year’s event was due to take place at the Scottish Events Campus in Glasgow, which has been turned into a temporary hospital in response to coronavirus.