A beloved style of home that is now part of the fabric of the Scottish capital has been given a modern twist at a new development at Leith’s waterfront. 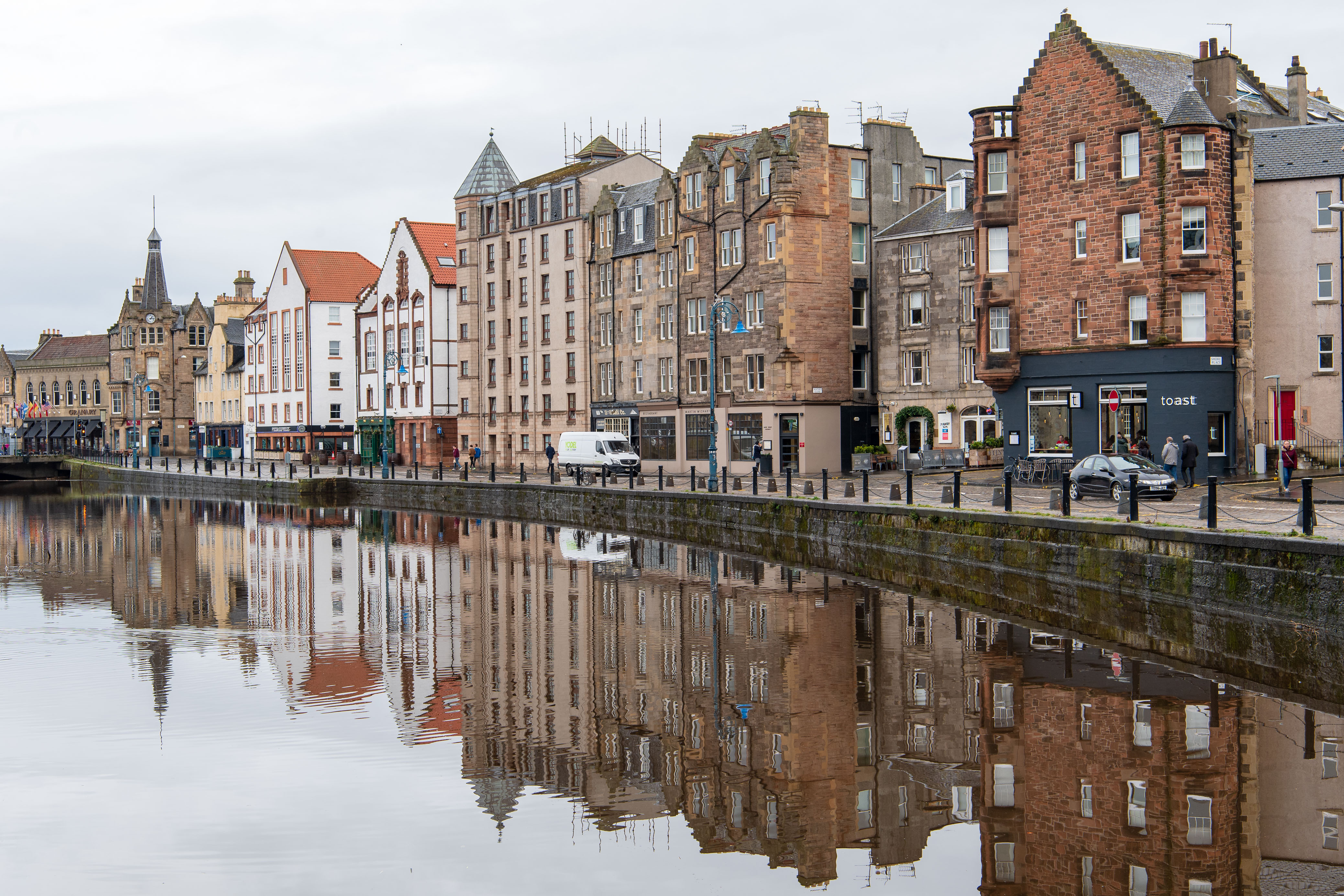 First built in 1850 and widely recognised as a defining feature of Edinburgh’s architectural history, colony houses in areas such as Stockbridge and Haymarket are some of the most sought-after homes in the capital – known for their community feel and innovative use of space.

Taking inspiration from the traditional design, the homes at Waterfront Plaza will offer a contemporary approach, with open plan living areas and large windows creating bright and inviting spaces.

The ground floor comprises of a three-bed apartment with the second and third floors of that apartment’s footprint split between two duplex two-bedroom plus study properties. The colony layout and external staircase allows each home to benefit from its own front door. 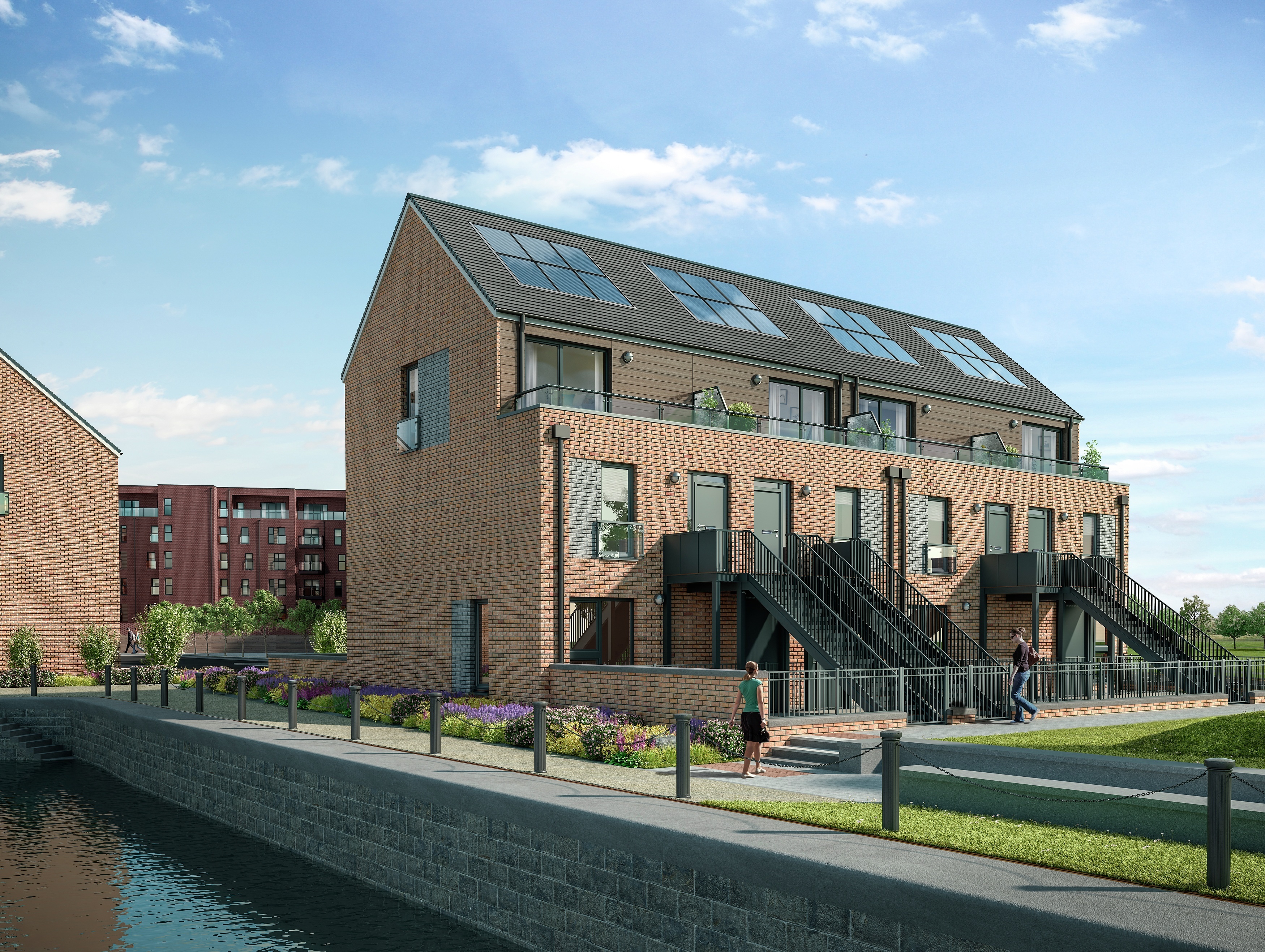 “The clever layout means that each home has its own front door, creating that sense of ownership and community that has made the housing model so popular.

“We’ve been able to take the best elements of the design and modernise them, to ensure they meet the needs of families in 2019, with features such as open-plan living spaces.”

Philip Hogg, sales and marketing director at CALA Homes (East), said: “Credit to the planning and architecture teams for choosing to bring a modern interpretation of such an intrinsically Edinburgh housing concept to our Waterfront Plaza development.

“The colonies have taken inspiration from the original model but the open plan interiors and large windows create the spacious and bright interiors that feature across CALA developments.

“The homes will be fronted by private gardens that lead onto the development’s public realm, fostering a great community environment.”

Waterfront Plaza is due to launch in summer 2019.

Four trainees at BAM Construction have helped transform the outdoor learning space for pupils at St Luke’s Primary School in Dalkeith, Midlothian, as part of a unique company challenge. 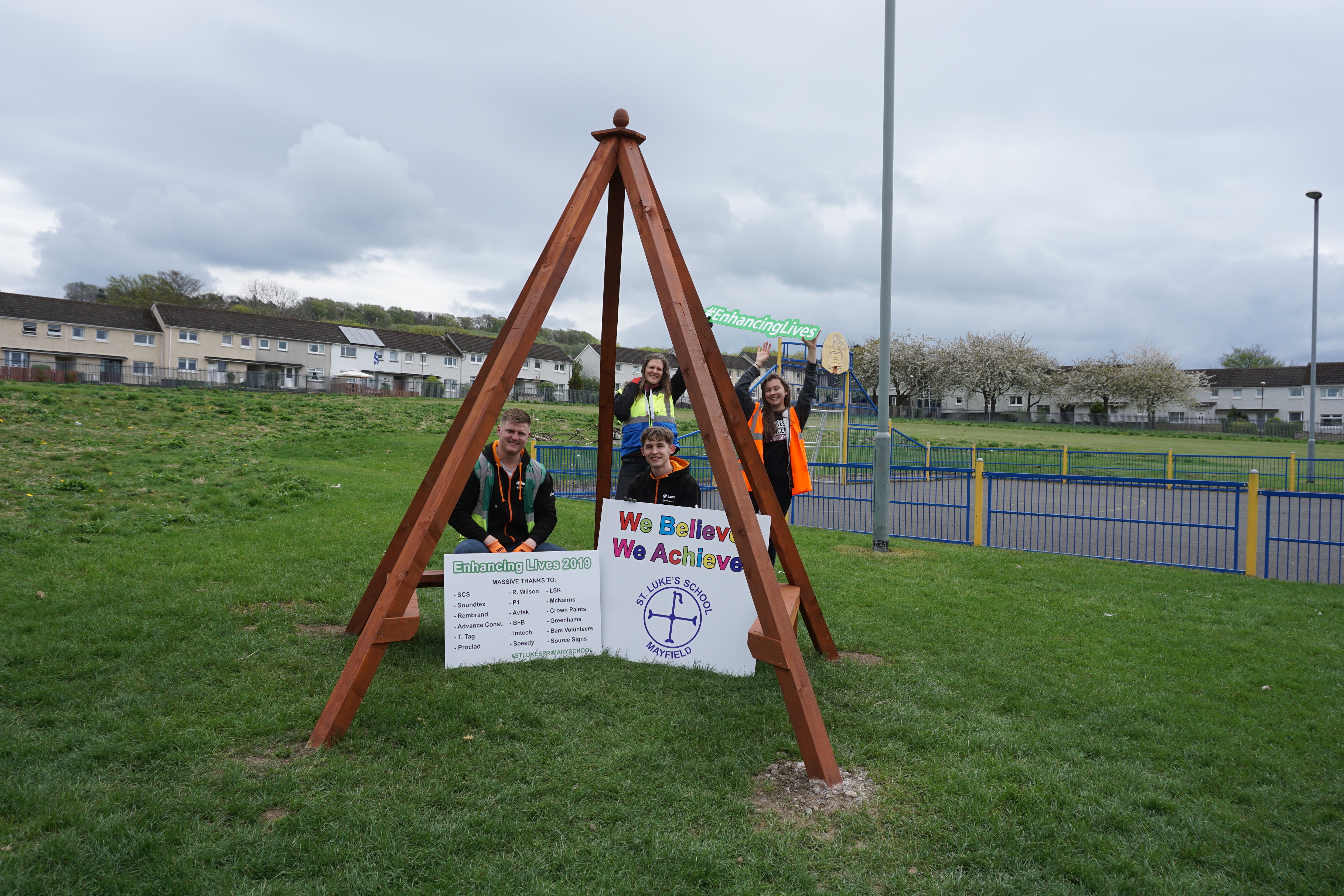 Each year the company’s graduates take part in an ‘Enhancing Lives Challenge’ as part of their personnel development participating in either a fundraising or educational challenge which they have to plan, implement and deliver without any resources.

The trainees, who comprised of Alison Keillor, Stuart Jenkins, Elina Zvejniece and Brad Lappin, called on support from BAM’s supply chain as well as their colleagues. Over a two week period the team created tepees to be used as seated areas for learning; built bug hotels; refurbished and created new planters; built a greenhouse made from recycled plastic bottles; painted planters; and generally upgraded the space.

The school’s pupils were quick to put their new facilities to the test and have been planning what plants they want to feature in their new garden spaces.

Angus Council has been granted £191,000 by Transport Scotland from its Cycling, Walking and Safer Streets (CWSS) programme to support local projects over the coming year.

The councils want to hear where residents think that money could best be spent.

Transport Scotland has a long term vision setting out how Scotland will look in 2030 should their active travel initiatives be successful. It is linked to the National Walking Strategy and Cycling Action Plan for Scotland 2017-2020 and the newly published Active Travel Task Force report which makes recommendations for overcoming barriers to the delivery of innovative and new walking and cycling infrastructure.

Children from a primary school in East Kilbride have been given an exciting opportunity to see the new homes that are under construction at Taylor Wimpey’s Benthall Farm development as part of their project to learn more about their local community and how homes are built. 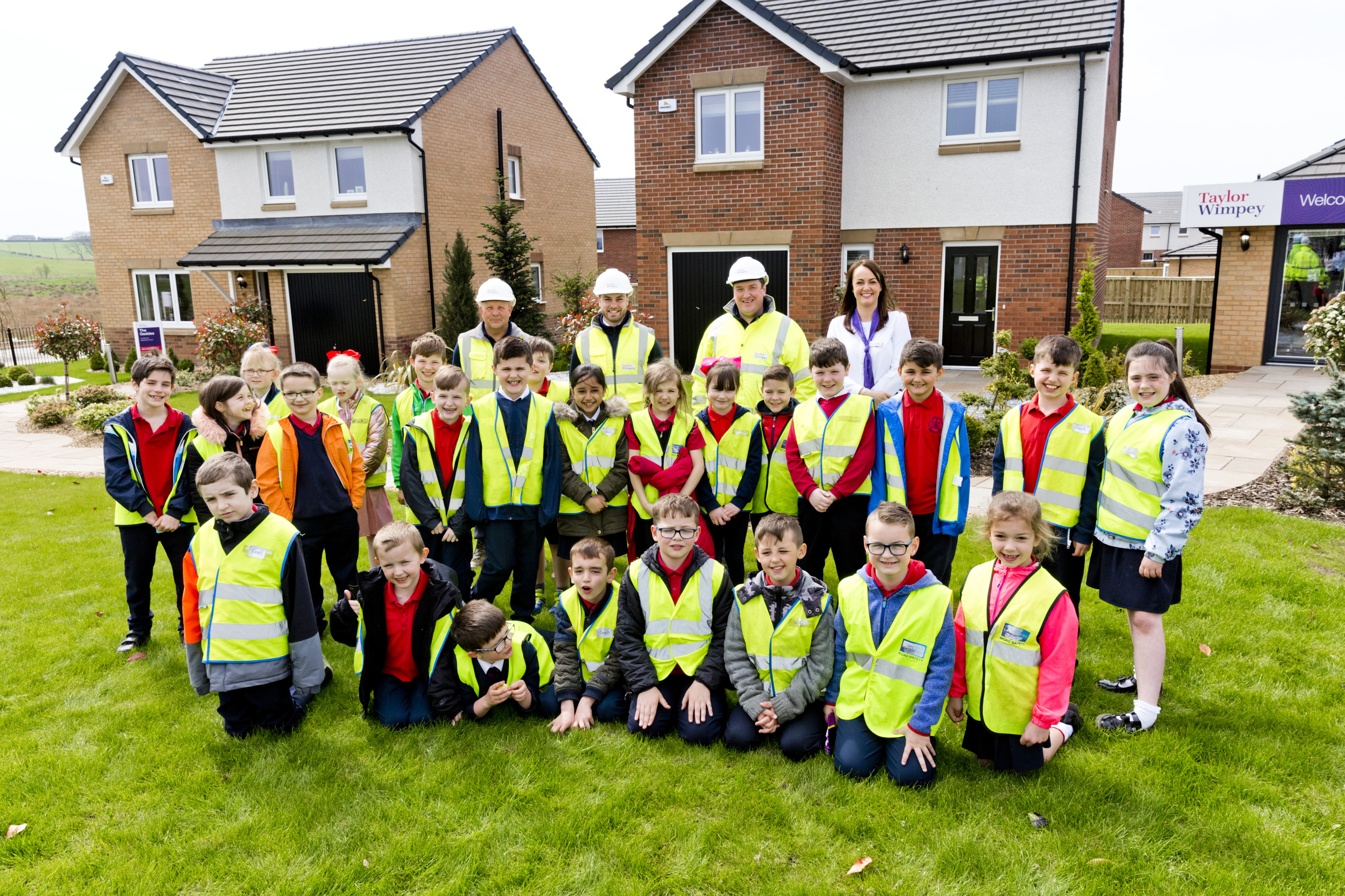 Youngsters from the Primary 4 class from Crosshouse Primary School explored the housebuilder’s development to learn about the construction of a new home; saw various stages of construction and took the opportunity to visit the show homes at the development.

The team at Taylor Wimpey in East Kilbride were more than happy to facilitate the visit.

Whilst the children were at the development, the team took the opportunity to remind the children never to play near a building site and that a school visit was extra-special because normally there are no children allowed near any construction. Never playing near a construction site is a message that Taylor Wimpey is keen to reinforce to the wider local community – especially ahead of the summer school holiday.