A north-east painting and decorating business has moved to new office premises that will provide a long-term home for its growing team. 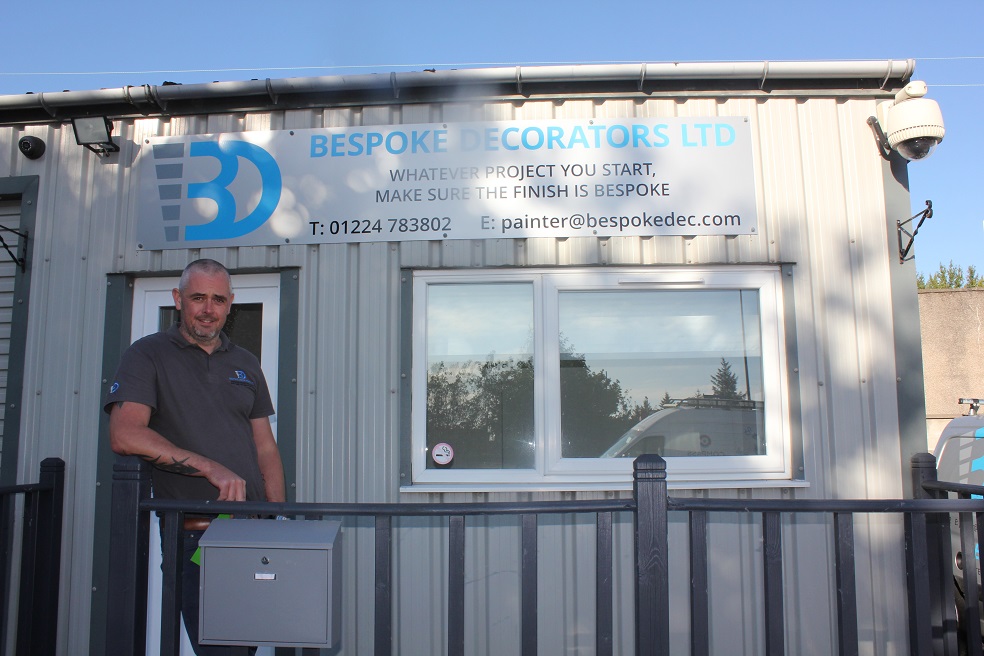 Bespoke Decorators, which launched last year, expects its move to Dyce will act as a springboard to further success, having signed an initial three-year lease.

Located on Dyce Drive, the large standalone unit offers convenient access to the city and surrounding areas via the AWPR. The newly-renovated premises also features boardroom, parking and storage facilities.

Bespoke Decorators, which specialises in all aspects of painting and decorating, has seen its headcount rise from four to 19 since its launch in early 2019.

The company’s director, Brian Kerr, said: “Despite the challenges facing all businesses in the wake of the pandemic, we have been able to remain in a relatively strong position and continued to progress with new job opportunities created over the past few months.

“We’re confident that we are providing a valuable service to our customers in the north-east and beyond, which has been reflected in positive feedback and several sizable contracts being awarded this year.

“This has made now the ideal time to move to our new office premises, which will give us a focal point to work, plan and set the business strategy from.”

Bespoke Decorators was established to meet demand for quality workmanship within the north-east’s domestic/residential and commercial sectors.

Subsequently, it has secured several commercial contracts and completed new build and building extension projects across Aberdeen and Aberdeenshire. The company has also extended its reach into Angus and Tayside.

Spurred on by occupiers’ current need for flexible space, property developer Castleforge Partners has commenced the creation of twelve new plug and play office suites at The Garment Factory, a unique and contemporary office development in Glasgow’s city centre. 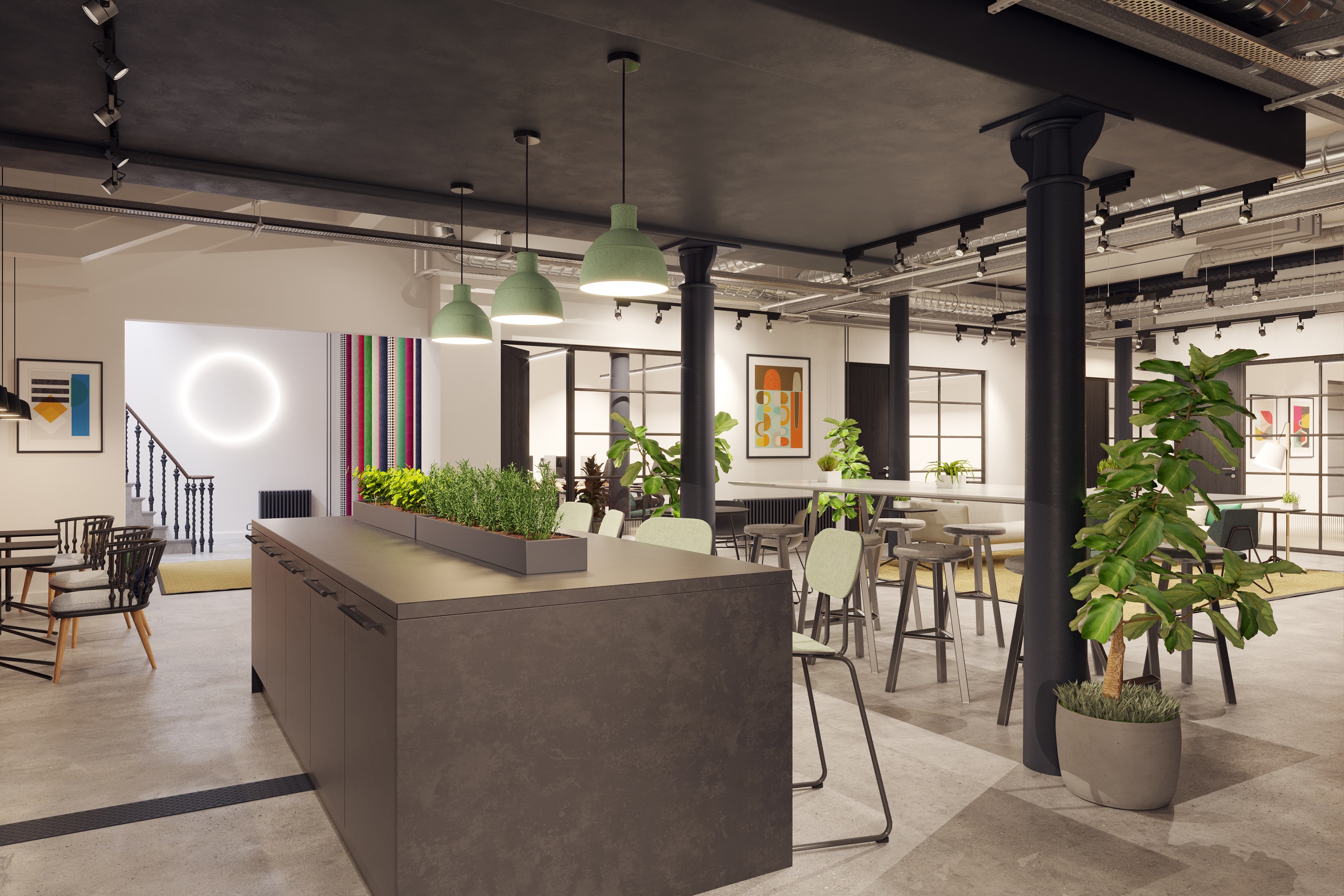 The new suites, ranging in size from 247 sq ft to 764 sq ft with the opportunity to combine to create larger spaces, will transform the ground and basement levels and will each be able to accommodate businesses of 10-20 people upon completion in November 2020. 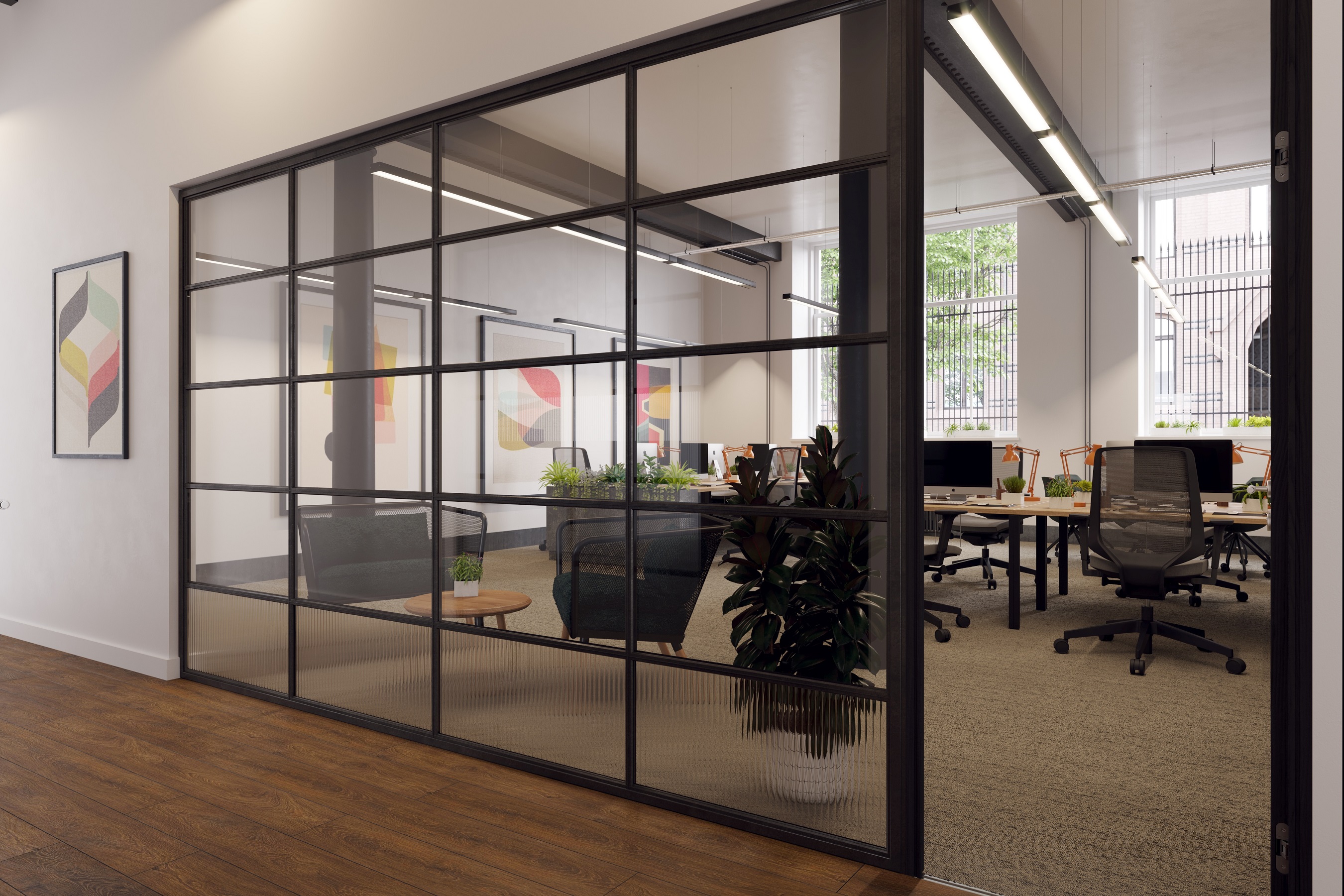 New meeting rooms, break-out areas, private booths, video call seating areas and a kitchen will be combined with access to existing amenities on the lower ground floor which include shower and changing facilities, lockers and dedicated cycle storage area.

Scottish Canals has officially opened Garscube Bridge and Panmure Gate Link in the North of Glasgow, connecting communities at either side of the historic Forth & Clyde Canal.

The completion of works on the new bridge and link carried out by McKenzie Construction marks an important milestone in the delivery of the Claypits project.

The state of the art Garscube Bridge will deliver much more than a walkway for the local community. Serving Scotland’s boating community, the new electronic bridge will allow boats to pass through the north of the city along the Forth and Clyde Canal.

The new link from Panmure Gate to Garscube Bridge connects the local community from the north to enjoy the nature reserve which boasts one of a kind views of nature and wildlife in North Glasgow.

Garscube Bridge and Panmure Gate Link are both a key part of the £6m Claypits project which will deliver a local nature reserve in North Glasgow which is due to open in spring 2021.

The project emerged from the Woodside, Firhill and Hamiltonhill Development Framework, which received a Living Waterway’s Award in 2018 in recognition of the project’s success in engaging local communities. The project has been delivered in partnership with the community and local groups, notably, The Claypits Local Nature Reserve Management Group which consists of local residents with a passion to celebrate the incredible environment and greenspace around the Claypits.

The Claypits local nature reserve in North Glasgow is due to open in spring 2021.

A Peterhead engineering firm has been given permission to demolish a fire-hit house.

Score Group began tearing down a B-listed farmhouse in Wellington Place in May but was ordered to stop as the project did not have the proper consent.

In June, Score submitted a retrospective application for the work, with hopes of tearing down the rest of the farmhouse.

Historic Environment Scotland and Aberdeenshire Council’s environmental health team claimed not enough had been done to save the building.

Score Group argued it is beyond repair and too expensive to bring back to life as a residential property and its condition represented a potential hazard.

Those proposals were removed, however after the firm won its battle to have the listed status of the cottage removed, its latest resubmitted application for demolition has been given the go-ahead by council planners.

Glasgow business location Skypark has announced the completion of a new state-of-the-art 250 space cycling facility and an award of Platinum Certification by CyclingScore. 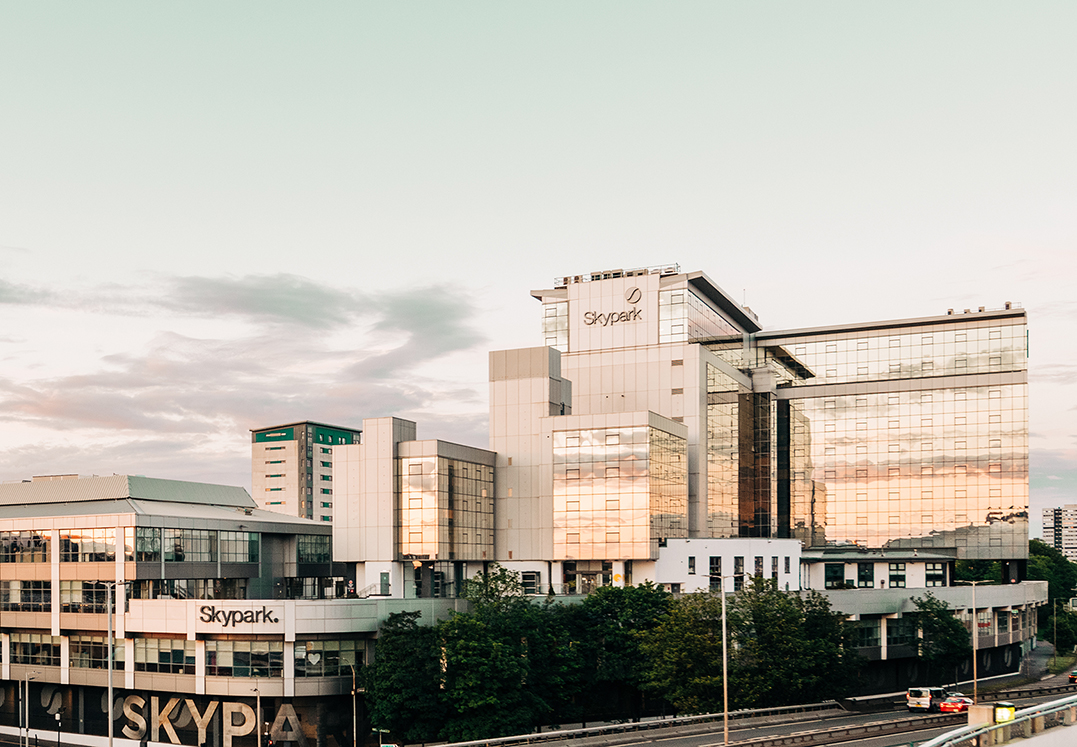 As part of an ongoing multi-million-pound investment to improve the overall site, led by the international business of Federated Hermes, the certification and new facilities transform Skypark into one of the most cycle-friendly business destinations in Scotland, completing a best-in-class cycle-friendly infrastructure that meets the requirements of the modern cyclist.

Barratt Developments has expanded its five-star housing offering across the north east with the launch of two new developments.

Hopecroft’s first phase comprises a five-star range of three, four and five-bedroom homes that benefit from easy access to the city centre.

Whiteland Coast – to the south of the city – is a collection of two, three and four-bedroom homes with a seaside location.

Barratt North Scotland will be building 94 homes at Whiteland Coast and 46 at Hopecroft to cater to a range of buyers including first-time buyers, upsizers and families. Incentives such as free flooring and Part Exchange are available on selected plots.