Clyde Gateway has completed the sale of a key pavilion building at its Rutherglen Links Business Park. 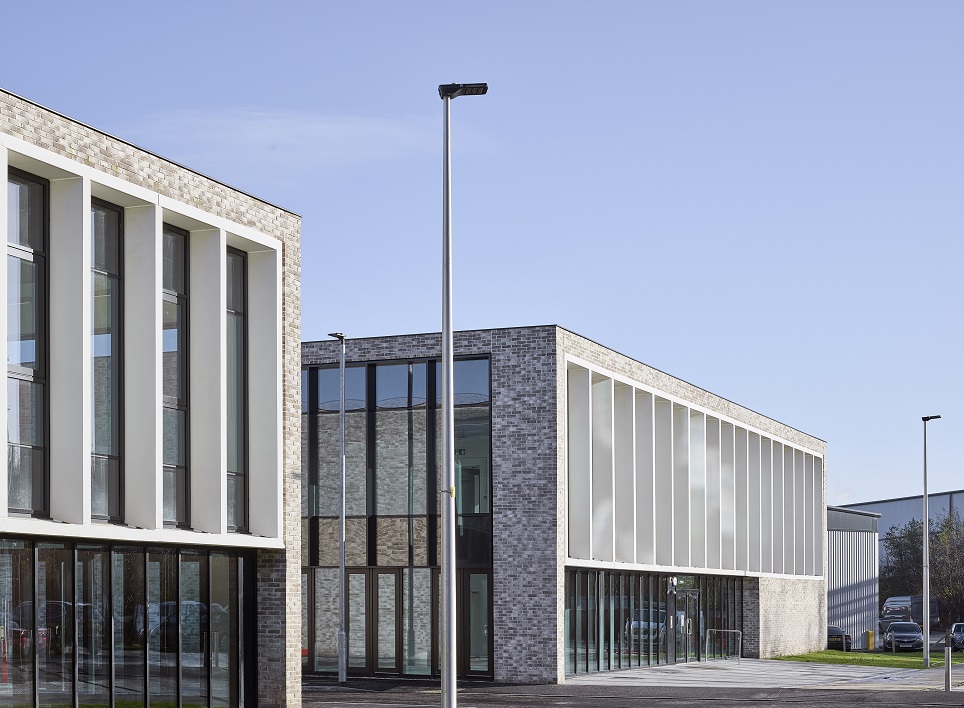 The 6,145 sq ft facility, Three Rutherglen Links, was constructed during 2020 and has been sold to First Grau UK Real Estate Ltd, trading as Powerhouse Fitness.

Three Rutherglen Links will become Powerhouse Fitness’ new headquarters when their 35 employee-strong team moves into the building in October. The fitness equipment supplier was founded in Glasgow in 1980 and has grown to operate in nine stores across the UK, in addition to another 57 stores across 8 countries as part of the Sport-Tiedje group, Europe’s largest home fitness retailer.

There has been a sharp uptake of fitness equipment purchased in the UK during the pandemic, an increase of 53.3% according to a report by data analytics firm Global Data.

Transport minister Graeme Dey visited the team delivering the Aberdeen to Central Belt Enhancement Project and heard first-hand about the next phase of works which is due to commence next month. 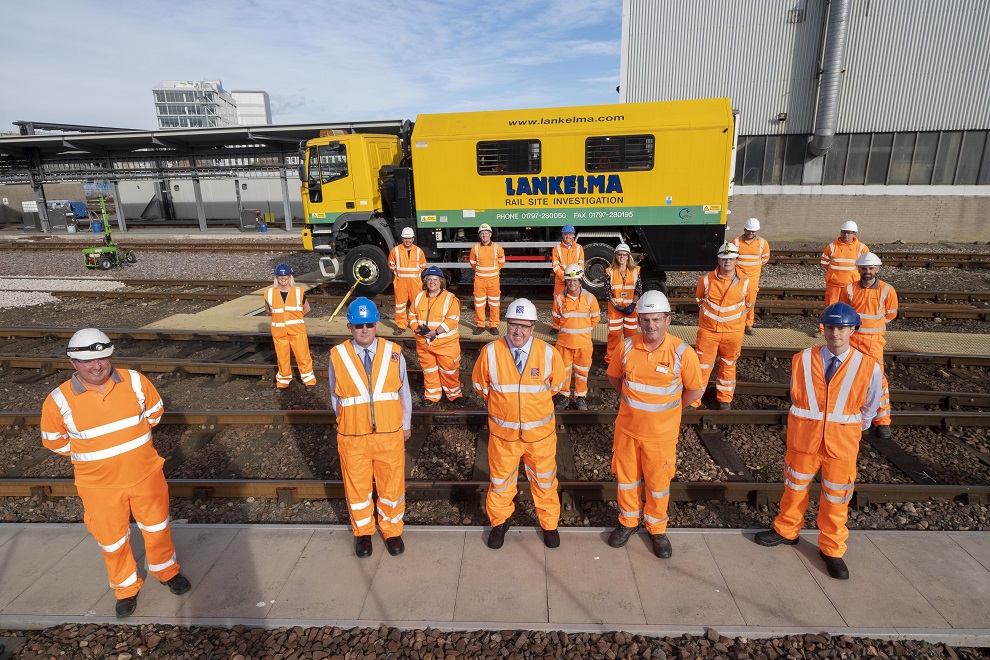 Mr Dey had the opportunity to see one of the ground drilling rigs which will be used to undertake geological investigations to inform development of proposals to enhance the railway between Aberdeen and the Central Belt. The minister also had the opportunity to discuss the upcoming works with the project team, an alliance made up of Network Rail and Siemens.

The project – which is being funded by the Scottish Government, alongside the Aberdeen City Region Deal, as part of ongoing investment in Scotland’s Railway – will improve connectivity in the region and reduce journey times.

Mr Dey said: “This project is vital for Aberdeen and the wider North East region, so I was delighted to be able to come along to meet the team that will be carrying out this work and understand the importance the investigatory work will have to inform the design. It’s great to hear that some of the work including ecology surveys is already underway.

“Scotland’s Railway is an integral part of Scotland’s social and economic infrastructure and this project will be supporting communities, businesses and the environment in the North East.

“Improved capacity and faster services will be great for passengers, but the scheme will also deliver improved capabilities for freight services enabling further growth in this important sector.”

Mr Dey added: “I was really pleased to hear that the site and ground investigation work is being carried out in a way that it will inform both the enhancements projects and the future electrification scheme, delivering efficiencies for both. This is great to hear given our commitment to decarbonising the passenger railway in Scotland by 2035. I look forward to returning to see the team in the near future.”

The popular UK construction industry competition Teambuild UK is now open for entries, with the event once again enjoying support from major industry bodies including CIOB, the CET, WCC, WCCA, RIBA and RICS and announcing GIRI as new sponsors for this year’s event.

The event which aims to improve cross-disciplinary collaboration and communication throughout the construction industry will take place from 19th to 21st November at the Lane End Conference Centre in High Wycombe. Teambuild regularly attracts some of the most talented new professionals from major construction companies and consultancies around the UK. Once again teams and individuals will have the opportunity to win prizes up to £2,000.

As always, the event will challenge teams to find solutions and complete tasks which are based on a real large-scale project.

While the exact location will be revealed at the opening of the competition, the charity can confirm that this year’s Teambuild project will be focused on the Town Centre and how it may be adapted and reimagined to accommodate continued hybrid and remote working.

Key themes will include what a town centre should look like and contain in 2021 and into the future where fixed location working no longer is the standard. The base information for the competition will come from the actual live town centre redevelopment project, giving competitors the opportunity to consider real world constraints and develop ideas and solutions in that context.

Lucky homebuyers have secured an exclusive ‘early-bird’ release of properties available for sale at a new development in Cambuslang. 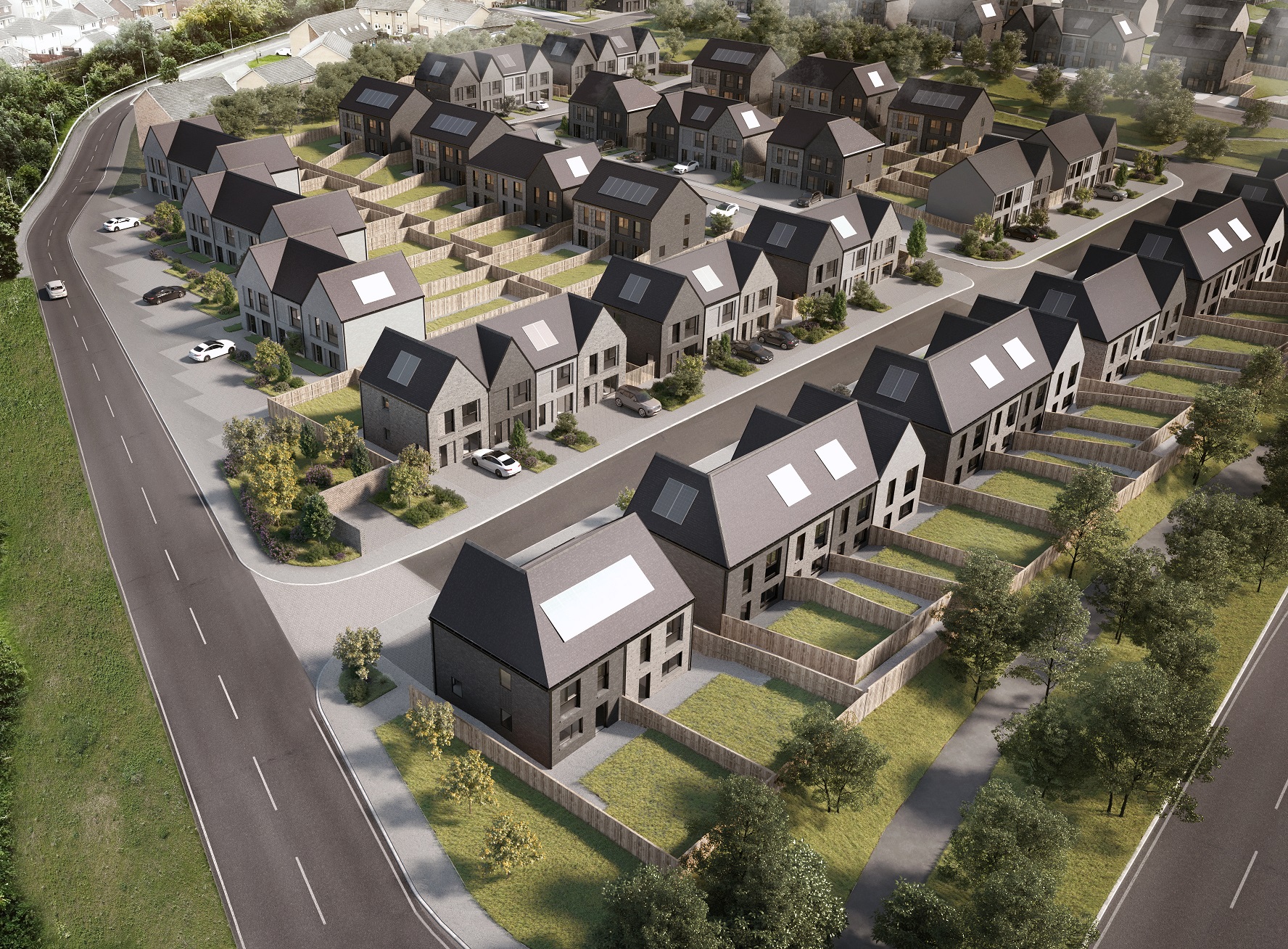 Western Terrace, located on Western Road just north of the popular town centre, is being delivered by CCG Homes and consists of 81 two-and-three-bedroom terraced and semi-detached house types.

After receiving a record number enquiries over the summer period, the developer launched an off-market release in August and has since taken thirteen sales, with the majority of buyers purchasing a home for the first time.

Alongside Western Terrace, CCG Homes are continuing to make preparations for the launch of Calderwood Lodge, a luxury development of 20 two-and-three-bedroom homes located on the site of the former Calderwood Lodge Primary School in Newlands, Glasgow.

Rural Housing Scotland will lead the development of an ambitious new initiative to tackle the interlinked issues of depopulation, demographic change and the climate crisis in Uist. In partnership with community landowner Stòras Uibhist and with funding from Emsée Fairbairn Foundation, Rural Housing Scotland plans to develop Smart Clachan which will incorporate cooperative community-led housing, workspaces, growing space and the use of renewable energy.

The project aims to create a community-based initiative to support repopulation, with live/work spaces which are affordable, cooperative, interconnected, sustainable and low carbon.

These Smart Clachan are proposed for several locations across Uist, to help stem depopulation and encourage relocation, as well as to support Gaelic language and culture.

Smart Clachan are a modern interpretation of a ‘clachan’; a traditional island township consisting of a few houses and crofts. They utilise community-led, cooperative housing models to create modern, affordable homes.

This community-led, cooperative ethos is fostered through a range of shared services and facilities to enhance sustainability and connectivity, including a community work hub to enable households to establish their own business or work remotely for local, national and international companies.

Research from The James Hutton Institute has shown that sparsely populated communities are facing a demographic time bomb, threatening their sustainability; an exodus of young people and decline in the working age population, and an increase in the older population.

One driver of the out-migration of young people is lack of affordable housing and the competition faced by local young people from the in-migration of cash rich older households. This was highlighted in a newspaper letter from young people on Uist which gained national prominence and called for action to sustain the population, language and culture of the island.

Vital grant funding has been awarded from Emsée Fairbairn Foundation to enable Rural Housing Scotland, in partnership with Stòras Uibhist, to recruit a project manager to lead the delivery of Smart Clachan in several locations across the island.

Stòras Uibhist is providing sites for the development of Smart Clachan in South Uist.

Five additional projects are being considered to expand the existing network of paths and bridges in Hawick to allow for improved connectivity and accessibility across the town.

The options under consideration have been made possible thanks to £3.5 million in additional funds from Sustrans in December 2020, to further enhance the walking and cycling networks within the Hawick Active Travel Network, which is being delivered as part of the Hawick Flood Protection Scheme.

One of the key options under consideration includes putting in a brand-new 4m wide footbridge connecting the Weensland and Burnfoot areas of the town.

This new river crossing would be situated at the roundabout junction at Mansfield Road and Hamilton Road stretching over the River Teviot to Weensland.

The historic North Bridge crossing would be placed at the heart of this new Active Travel Network, providing the connecting point for the pathway travelling east/west along the river through Laidlaw Terrace and along Duke Street. The pathway would also travel north through Dovemount Place and south to the High Street along North Bridge Street.

Another option would see the creation of a new footpath linking the High Street with Commercial Road via The Wee Haugh and Oliver Crescent. This new option would see work progressed in partnership with Scottish Borders Council’s business incubator centre project to fully connect it to the network.

Half a million pounds worth of improvements across the Burnfoot area have also been earmarked as part of the proposals. The project team will be establishing contact with members of the Burnfoot community, including existing community organisations, to identify the options that would best benefit the area before assisting the community to lead on the delivery of these improvements. Consultation on this is expected to start before the end of the year.

The proposals also outline an option to expand the new Active Travel Network beyond Volunteer Park and the McLaren Footbridge by extending the path network around the existing 3G pitch to the A7 and the existing Crumhaugh pathway.

Within this option a new toucan crossing is proposed at this location along with a widening of the entrance to the Crumhaugh pathway.

Consideration is also being given to widening the existing roadside footpath along to the Langlands Footbridge, providing increased accessibility to the town and delivering road safety enhancements at the location.

Other works could include upgrades to the existing pathway that stretches from Glebe Mill Street to Weensland alongside the river by widening the path to 4m, incorporating new urban landscaping, and enhancing the entrance to Oliver Park.

It is planned to hold a public consultation event over two days in late November to discuss these proposals in more detail with the community and businesses in the town.

The project team will facilitate this consultation through the 10th meeting of its Community Vision Working Group.

The outlined options are scheduled to be completed within the delivery time of the overall Hawick Flood Protection Scheme.

A new housing development in central Airdrie has been named in memory of a former local councillor. Sullivan Place off Upper Mill Street is in tribute to Peter Sullivan, who died in January 2020. The development of 14 homes by Clyde Valley Housing Association and supported by both North Lanarkshire Council and the Scottish Government will soon welcome its first residents.

A ceremony involving local councillors and representatives of the housing association was also attended by four of Peter’s grandchildren: Dylan, Jessica, Jennifer and Toni.

Councillor Jim Logue suggested that naming the development Sullivan Place would be a fitting tribute to a man who served his community as a councillor for 27 years.