Network Rail is set to begin a £700,000 bridge improvement project on Bell Street, in the east end of Glasgow. 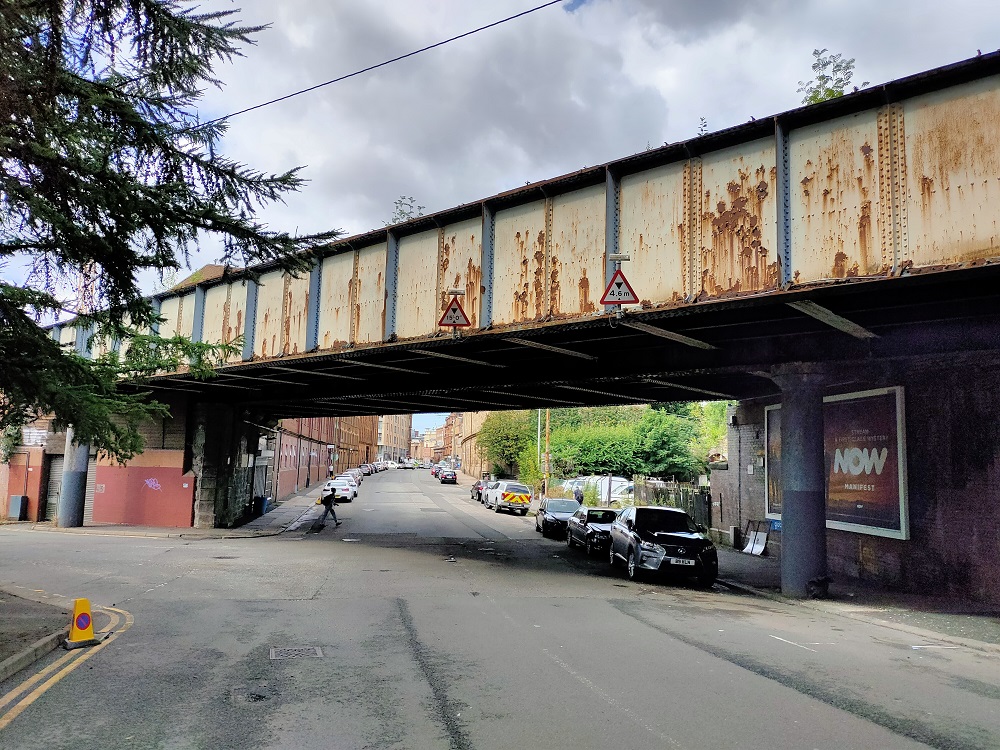 The road will close from October 18, 2021, until April 1, 2022, with a diversionary route in place via Little Dovehill, Gallowgate, High Street and vice versa.

Residents and businesses in the area have been advised of the work, which will involve grit-blasting old paint off the structure as well as steelwork repairs and repainting.

The investment is part of a wide-ranging structural modernisation programme aimed at protecting and improving Scotland’s Railway.

Ahead of work beginning, Network Rail has organised an online public information event to offer members of the public the chance to ask questions directly to members of the project team.

Members of the public can book a slot by visiting the dedicated project website at https://scotlandsrailway.com/projects/bell-street/events.

Plans to build a city-wide network of active travel infrastructure for all parts of Glasgow have been unveiled.

Released as part of a new strategy to promote active travel in Glasgow, the plans will add 270km of high quality cycleways and improved footways along main roads in Glasgow.

Intended to support a crucial shift to walking, wheeling and cycling as part of the wider effort to reduce the city’s carbon footprint and improve air quality, the new network will be designed to ensure easy access to safe, segregated routes from homes, schools, key amenities and cultural destinations throughout the city.

Based upon a vision that active travel becomes the first choice for everyday journeys, the network is to be created with the aim that schools are within 400m of the main active travel routes while no home is more than 800m from segregated cycling infrastructure. With key routes such as the South City Way in development and Garscube Road already in place in the city, and plans to develop further Avenues throughout the city centre in line with the successful completion of the Sauchiehall Avenue, it is anticipated that the new active travel network will allow anyone who cycles to reach most of the city within 30 minutes and almost all of the city within an hour.

The strategy will be subject of a public consultation starting in mid-October. 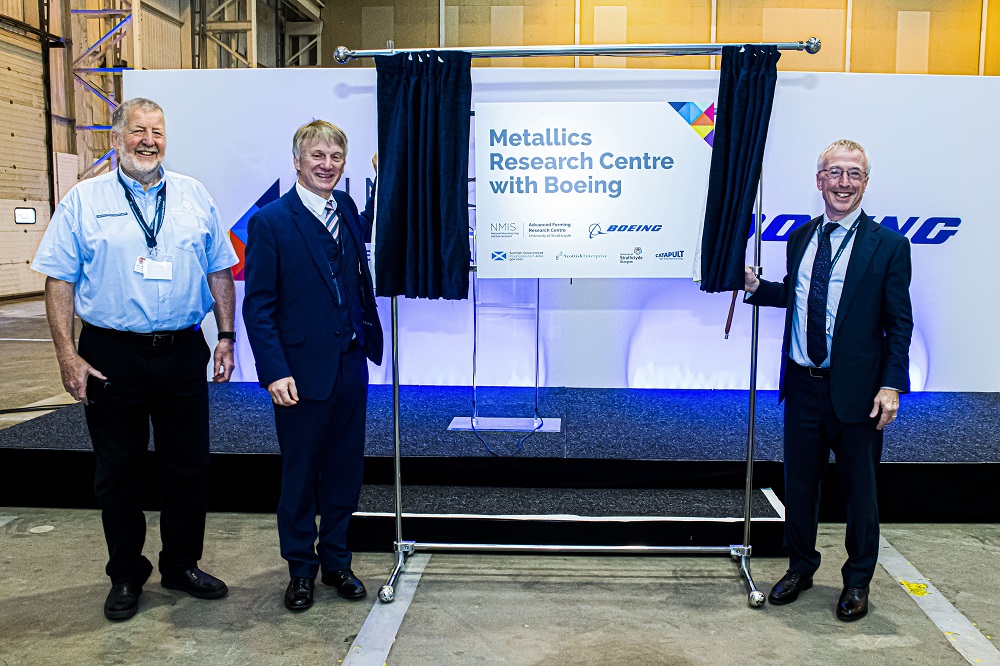 Key figures, including minister for business, trade, tourism and enterprise, Ivan McKee, attended the event on Tuesday, marking a significant development within the region and Scotland’s growing advanced manufacturing industry.

At over sixty thousand square feet, the new NMIS facility incorporates the Metallics Research Centre with Boeing, which will see the delivery of Boeing’s £11.8 million R&D programme in collaboration with the University of Strathclyde’s Advanced Forming Research Centre (AFRC), part of the NMIS Group.

Aiming to reduce materials waste and identify opportunities to improve safety, productivity, and the environmental impact of its aircraft, technical teams from Boeing and NMIS are exploring novel manufacturing technologies for metallic components, building on over a decade’s worth of R&D with the University of Strathclyde and the AFRC, where Boeing is a founding partner.

Part funded by Scottish Enterprise, the programme is the first initiative within the Boeing Scotland Alliance, which is exploring opportunities to work together in Scotland, with the aim of doubling Boeing’s supply chain and creating 200 new quality jobs in the next five years.

The new R&D facility will also house cutting edge manufacturing equipment for use across NMIS projects with other innovative manufacturing businesses across the country, bolstering the support already provided through its specialist technology centres the AFRC and its Lightweight Manufacturing Centre (LMC).

In the adjacent manufacturing district site, construction is continuing on the new NMIS headquarters set to open later next year, which will include a skills academy, collaboration hub and digital factory.

As part of its ongoing commitment to the local community, Bancon Homes has become the official kit sponsor for Mintlaw Boys Club 2012 football team for the 2021/22 season. 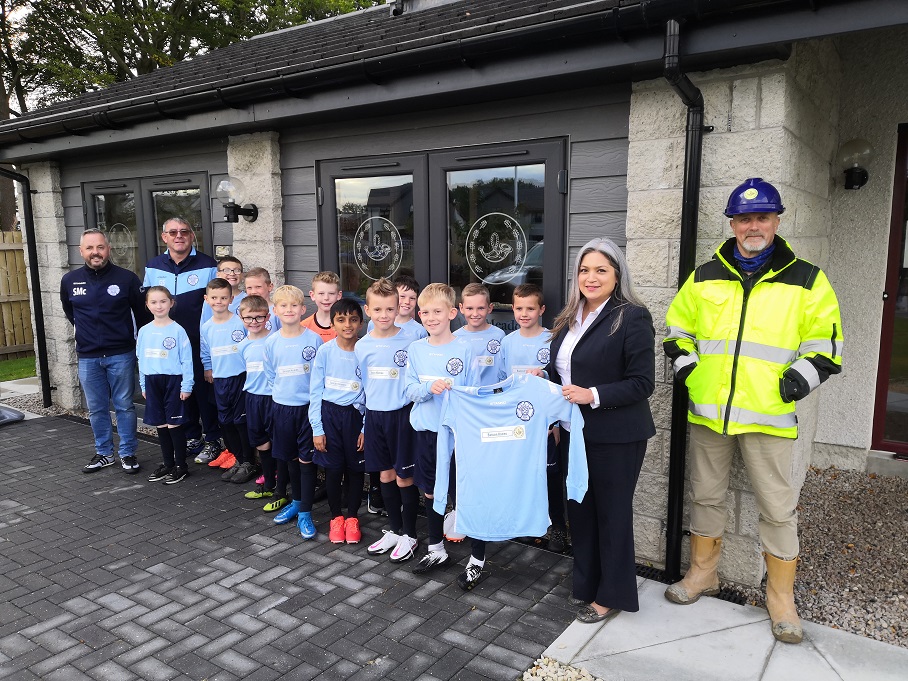 Run by volunteer coaches, Mintlaw Boys Club is a community-based football club providing training and football skills to children in Mintlaw and the surrounding areas.

In addition to its development at Aden Meadows in Mintlaw, Bancon Homes has developments in Aberdeen, Banchory and Strathaven.

North Lanarkshire Council has scooped a top award for Large Scale Project of the Year at Scotland’s Energy Efficiency Awards. 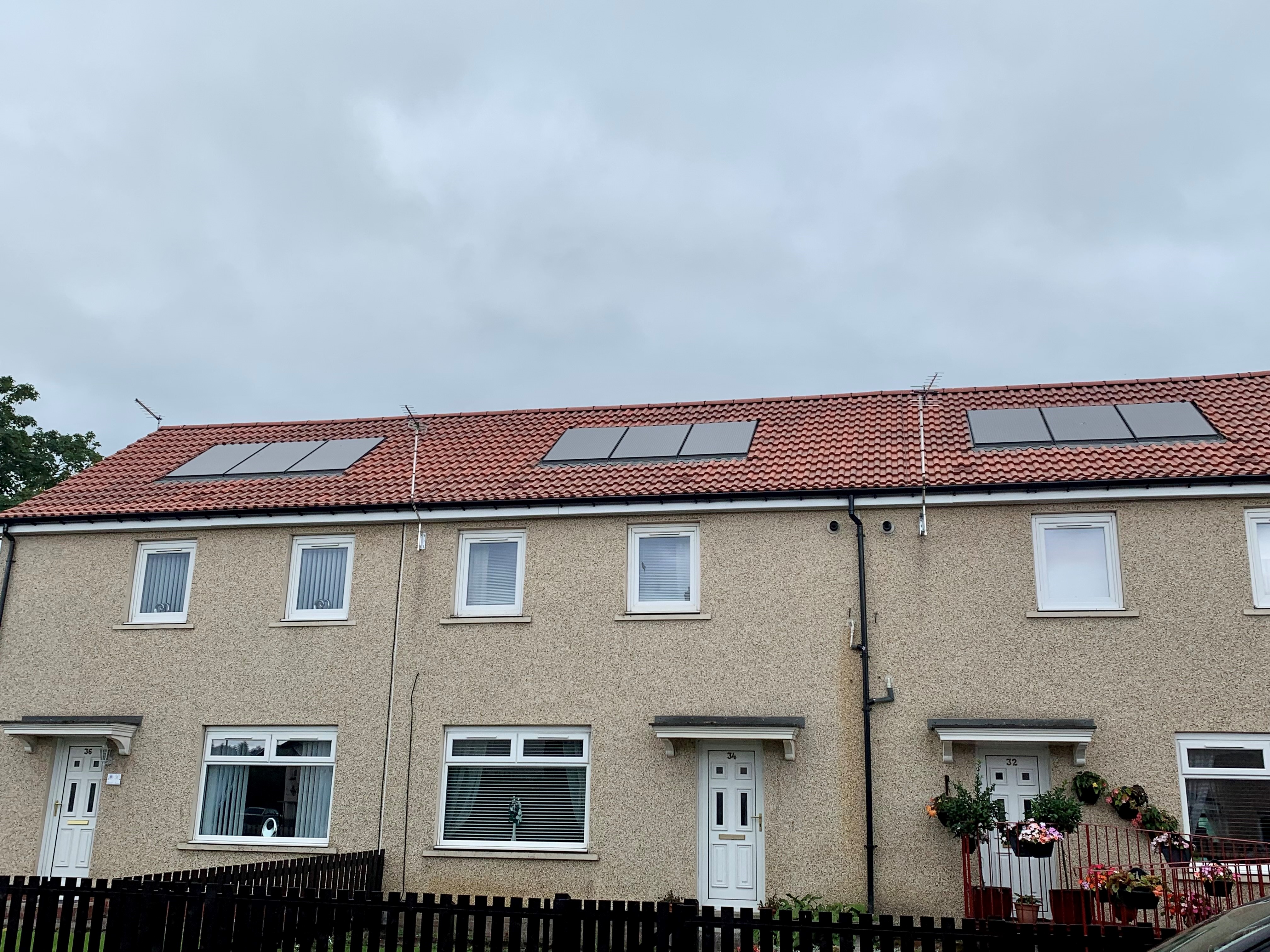 The council’s drive to improve the energy efficiency of its homes and the environment, tackle fuel poverty and enhance the lives of tenants, together with investment of £35 million, over four years, is delivering significant results.

Efficiency measures applied, include roofing and rendering, loft insulation, cavity wall insulation and external wall insulation, all of which potentially save tenants money on their bills. The council has said that it is also embracing new, renewable technologies such as solar panels which are being installed on to council properties to help improve home energy efficiency.

Plans are currently underway to deliver a pilot scheme in Pather to install single room heat recovery fans. These work by extracting and using heat from the stale air to warm up fresh air coming into the home, bringing in fresh but pre-warmed air providing ventilation, while also saving energy. It is hoped, that if successful, the scheme will be rolled out to all of the council’s properties in the future.

The council was nominated for this award in partnership with Procast, just one of the contractors helping it deliver projects aimed at improving the quality of life of its tenants and their homes.

North Lanarkshire Council added that it is continually in discussion with all three of its contractors, Ailsa, GMG and Procast, to explore new ways to improve energy efficiency in tenants’ homes and is looking at new battery storage units which help store energy over summer for heating homes in the winter.

The Federation of Master Builders (FMB) has won the ‘Best Use of Technology Award’ at this year’s annual memcom awards, which celebrates excellence in professional membership bodies.

The prestigious award for the FMB’s digital transformation project recognises how the FMB has brought together disjointed and inefficient legacy systems, and revolutionised the way in which it communicates with, and provides services to, its members and to homeowners looking to find a builder.

The FMB, the largest trade body in the UK construction sector, was recognised at the annual memcom awards, that were held in London on 30 September.