A senior site manager has represented his Midlothian development on the UK stage at the housebuilding industry’s most prestigious awards ceremony.

Ian Welsh, senior site manager with CALA Homes (East), was crowned a runner-up in the Large Builder category for his work at Mayburn Park, Straiton at this year’s NHBC Supreme Awards. 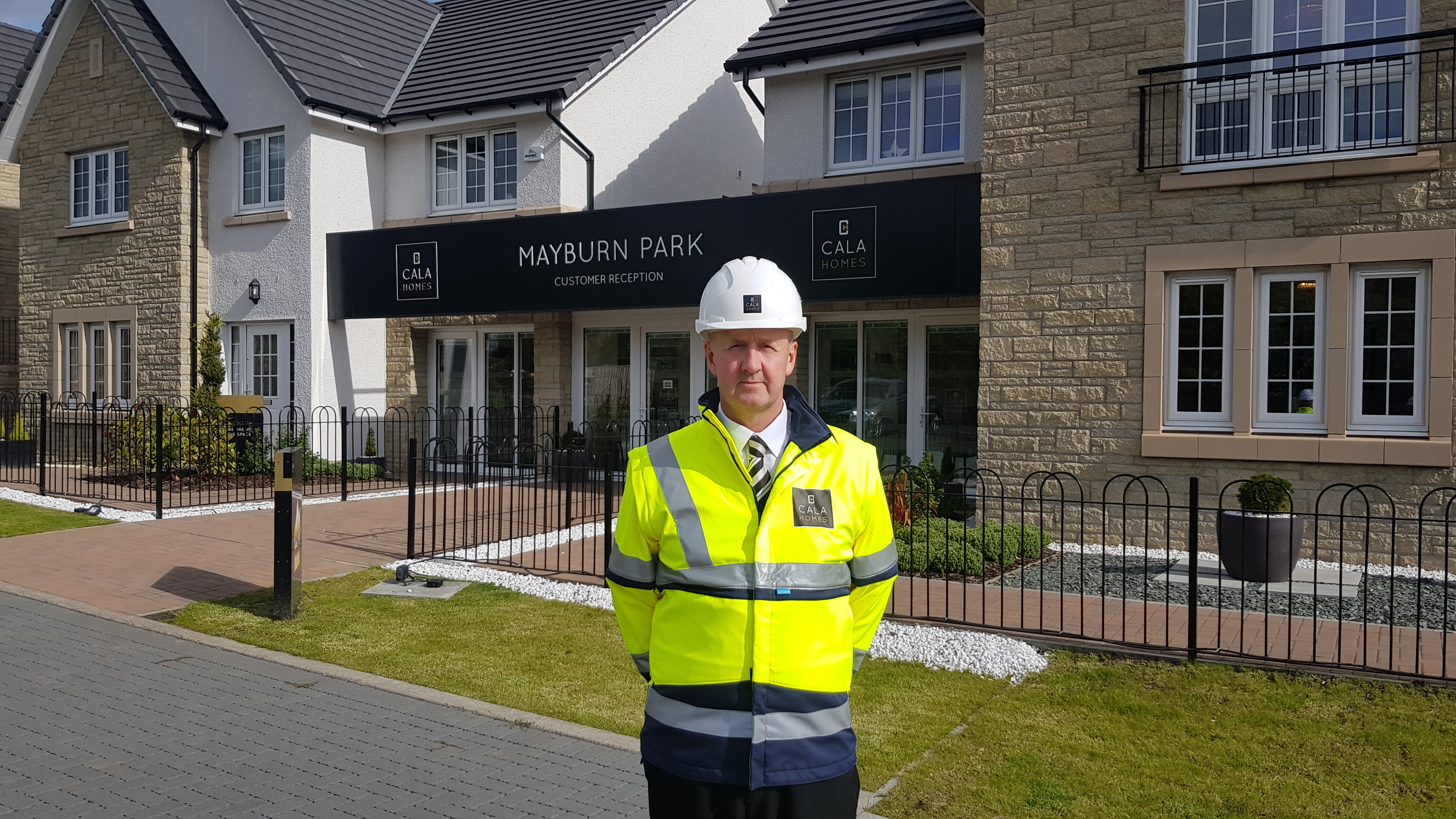 The ceremony, which was held in London on January 25, consisted of winners from different regional awards across the UK and recognised the pinnacle of achievements by site managers.

Although Ian, senior site manager at Mayburn Park, and the team did not take home the final ‘Pride in the Job Supreme Award’, to have reached this level of the competition against other site teams from other housebuilders across the UK is a considerable achievement.

Ian, who is from Sauchie, Clackmannanshire, said: “To have been in the running for this award is testimony to the hard work, dedication and high standards set by all of the CALA team.

“I must thank all my teams on site for sticking resolutely to the highest possible standards. At times the site has been challenging with steep slopes requiring a lot of skilled work.

“The subcontractors we use all understand the importance of our approach to quality and health and safety. They have proven themselves throughout as professionals working at the highest level.”

Ian’s shortlisting follows on from his success at regional level, where he was awarded a Seal of Excellence for Mayburn Park at the NHBC Pride in the Job Regional Awards last year.

Speaking of Ian and the Mayburn Park team, David McGrath, managing director of CALA Homes (East), said: “Here at CALA we are extremely proud of Ian’s achievements, as well as the support that the wider team at Mayburn Park has provided.

“The work put in to make the development a success has been incredible – and he thoroughly deserved the recognition on the night for his hard work and commitment.”