The ceremony, at CECA Scotland’s 22nd Annual Dinner in the Doubletree by Hilton, Glasgow, was attended by over five hundred leading figures in the Scottish civil engineering sector.

In a break from tradition, this year’s awards were presented by Scottish comedian, Craig Hill, with Scottish Conservative leader, Ruth Davidson MSP, delivering the keynote address.

This year’s #CECAScotlandAward winners were:

Derek Hogg, Chairman of CECA Scotland said: “We were totally overwhelmed by the high standard of entries we received this year. These awards celebrate the achievements of the young people in our sector and I’m especially pleased that our winners this year are gender balanced, reflecting CECA Scotland’s work in securing more of the best people into our industry and promoting the exciting careers available to Scotland’s young people. The civil engineering sector still has much to do to increase diversity but we are starting to see positive change and that’s been recognised in tonight’s awards. All four winners are already making a really impressive contribution to their employers; I’m looking forward to seeing their careers develop over the years ahead as they help shape the future of Scotland’s infrastructure.”

Larry Higton joined I & H Brown in May 2016, after graduated with First Class Honours in Environmental Civil Engineering. Tonight he was announced the Most Promising New Entrant Trainee Civil Engineer; commenting Larry said: “I am very pleased to win this award, things like this don’t come along often so win this CECA Scotland award so early in my career in an absolute honour. I can’t thank the people who have supported me personally and professionally. I am deeply grateful to my employers I & H Brown without them this would not of been possible. As a student they gave me a huge opportunity and achieving this award is a huge acknowledgement to the commitment they have to bring through young engineers.”

She is currently the only woman on the National Construction College’s 160 strong Plant Maintenance programme.

After receiving her award, Sophie said: “I was so grateful for the opportunity to do the apprenticeship with George Leslie Ltd and am absolutely delighted to have won the CECA Most Promising Apprentice Award. Winning will give me even more confidence during the rest of my apprenticeship and my future career.” 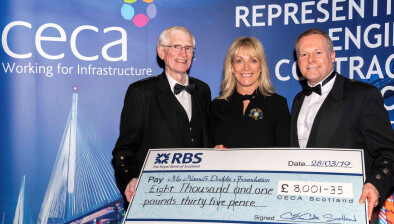 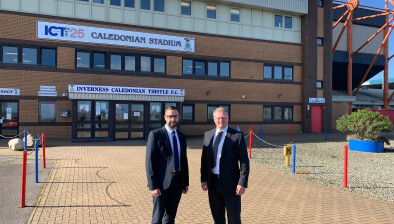