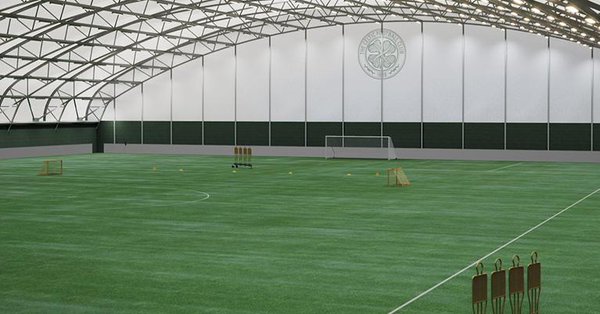 The proposed development of the Barrowfield site, located near to Celtic Park, would see the club unveil another first class training facility, including one of the largest indoor football arenas in Scotland, featuring a FIFA approved top of the range full sized artificial surface.

The new project will also feature a state of the art gymnasium, as well as brand new extended parking and changing facilities.

A further phase of the redevelopment would also see the construction of new refreshment and grandstand facilities for spectators.

The new indoor facility will allow excellent training opportunities, particularly in poor weather for the first team, while the complex will also be used by Celtic’s women’s teams and all academy teams.

The new development will complement Celtic’s established First Team Training base at Lennoxtown, which was opened in 2007.

The club said in a statement: “These new developments will further enhance the opportunities for all Club teams, offering hugely improved facilities and a brand new, first class training environment.” 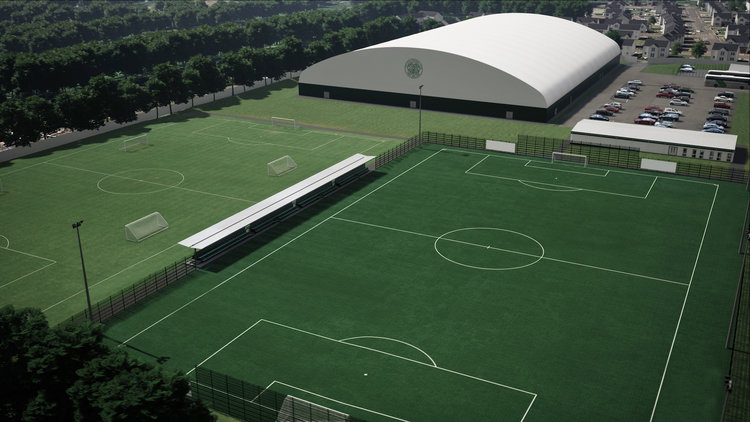 A statement submitted to Glasgow City Council by agents Ryden, explained: “The Barrowfield training ground is used mostly by the club’s youth teams for training and matches.

“The existing changing facilities are located at the north end of the training ground adjoining the car park. A footpath connects the existing facilities with the three pitches to the south.

Architects Holmes Miller said: “The proposal consists of a modest, modern building set a significant distance from the main road, and within a wider recreational area.

“It will have no significant detrimental impact on either existing residents, amenity or traffic. Rather the proposal will enhance the facilities on offer at the training ground, improving health and well-being.

“The aesthetics of the facility will be in keeping with other facilities owned by Celtic FC, with a white base and horizontal green stripes intermittently.”